It’s long been observed that men seem to have an easier time than women in terms of losing weight on the keto diet. The results of a new study on the keto diet’s effects on mice support that anecdotal claim, suggesting that sexual hormones might prevent the high-fat diet from helping females lose weight.

At the annual meeting of the Endocrine Society on Sunday, researchers from the University of Iowa discussed a soon-to-be-published study showing how female mice on the keto diet were less likely than males to lose weight, and more likely to experienced impaired blood sugar control.

In the experiments, researchers put a group of mice on the keto diet or a regular diet, which served as the control.

After 15 weeks on the keto diet, the male mice experienced losses of body weight and body fat, while the female group actually gained weight. The researchers speculated that estrogen might be interfering with the weight-loss process, so they removed ovaries from some of the mice. This caused females to start experiencing the same weight-loss effects observed in the male group.

“Our studies suggest that sex hormones might modulate the way that male versus female mice respond to ketogenic diets,” lead investigator Jesse Cochran, a research assistant at the University of Iowa, told Inverse.

The male mice experienced another, less desirable change: Their livers showed stronger signs of fibrosis — the thickening and scarring of connective tissue — and fatty storage than the female mice. The males had higher levels of a hormone called FG21, which previous studies have shown is released in response to liver damage.

Is the keto diet bad for the liver?

The intuitive answer might be yes, considering the keto diet calls for eating lots of fats, and having too much fat (particularly triglycerides) in your liver can lead to inflammation and cell death. However, some research suggests that a responsibly implemented keto diet can actually improve liver health.

For example, a 2018 study tracked the effects of the keto diet on 10 mildly obese people with fatty livers. Ann Fernholm, science journalist and founder of the not-for-profit Dietary Science Foundation, said the study offered an “extremely detailed map showing what happens when a person cuts down on sugar and starch in their diet.

“The liver metabolism changed almost immediately,” she wrote for Diet Doctor. “Instead of creating fat, it started burning it and already in the first day you could see a significant reduction in liver fat. As a great side effect, the participants also improved their cholesterol profiles. The microbiome also changed. A surprising discovery was that it started producing more folic acid, a vitamin which is important in the liver’s metabolism. Low levels of folic acid has earlier been associated with an increased risk of fatty liver.” 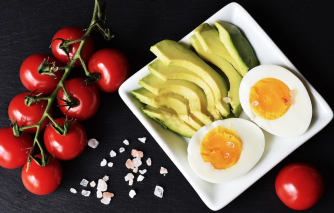 Despite its popularity, there’s still much scientists don’t know about the keto diet, and most medical professionals stop short of recommending the diet unless it’s prescribed to epileptics.

“The keto diet is primarily used to help reduce the frequency of epileptic seizures in children,” said registered dietitian Kathy McManus, director of the Department of Nutrition at Harvard-affiliated Brigham and Women’s Hospital. “While it also has been tried for weight loss, only short-term results have been studied, and the results have been mixed. We don’t know if it works in the long term, nor whether it’s safe.”

The mixed results on keto diet studies could be explained, in part, by discrepancies in efficacy between the sexes, and a lack of solid research on how females respond to the diet.

“Most studies of the ketogenic diet for weight loss have taken place in small numbers of patients or in only male mice, so sex-based differences in response to this diet are unclear,” said senior investigator E. Dale Abel, M.D., Ph.D., chair of the University of Iowa Department of Internal Medicine and president-elect of the Endocrine Society.

Regarding the recent research, it remains unclear whether similar studies conducted with human participants would yield the same results.

Can the keto diet work for some women?

Interestingly, the recent study suggests it can.

This seems to match the observations of some medical professionals prior to the recent research.

“My anecdotal observation in my medical office and working with people online is that men perform better in nutritional ketosis compared with women, particularly women aged 40 and older,” wrote Sara Gottfried, a board-certified gynecologist, on her website. “My female patients, myself included, have more problems on keto with their stress hormones (i.e. producing too much cortisol), thyroid function, and may develop menstrual irregularities. At the root of these problems is dysfunction of the control system for hormones, the hypothalamic-pituitary-adrenal-thyroid-gonadal (HPATG) axis.”

Since the initial use of ketogenic diets (KD) as adjunctive treatment for epilepsy, these diets are being increasingly used to promote weight loss and to reduce the risk of metabolic sequelae of severe obesity. Typical KD are very low in carbohydrate and high in fat, promoting hepatic production of ketone bodies. Most animal studies tend to be performed in male mice, and few studies have evaluated gender differences in response to KD. To explore sex differences in response to KD, female and male wild-type mice on the C57BL/6J background were fed either a control diet (CD- 7% fat, 47% carb., 19% protein) or KD (75% fat, 3% carb., 8% protein), following weaning. Females on the CD manifested higher levels of circulating β-hydroxybutyrate (β-HB) than males (2.86-fold, p

For decades people have arranged to freeze their bodies after death, dreaming of resurrection by advanced future medicine. Many met a fate far grislier than death.
Videos

The first human that isn’t an Earthling could be in our lifetime.
▸
5 min
—
with
Robert Curbeam
Up Next
Strange Maps

Where you live in America determines when you’ll die