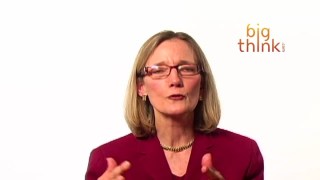 Working to Be Healthy

The ideal situation for an older person is to cut back on their work requirements while still remaining engaged.

Question: What will be the recession’s effect on the health ofrn Baby Boomers?

Patricia Bloom: Well, there’s a plus rnand a minus side to that I would say. I mean, yes, of course it’s a hugern concern that, you know, the numbers are really frightening of what rnpercentage of people have saved enough to retire. And now with the rnrecession, it’s only added to that and people have seen what they rnthought was enough to retire on shrink. So, that’s all very worrisome rnand you know, the whole economic situation is a worry.

But rnhaving said that, I think that we’re going to come to think about work rndifferently as people get older and older. And what I said earlier aboutrn engagement, for a lot of people they do find that in their work. So, rnpersonally, I think the ideal situation is if an older person can cut rnback in their work requirements, they’re not locked into that nine to rnfive, you know, hectic lifestyle anymore, but that they do have the rnability to pursue something that they find meaningful, and that might bern in the world of work, or it might be outside of a paying job. But as I rnsaid, it’s a plus and minus type answer. I think some people are going rnto have to keep working longer, but the silver lining there is, if you rnhave to keep working longer at something that is meaningful to you, thatrn I think is actually good for your health.

Patricia rnBloom: Yoga is really, I think, a great pursuit. First of all, it’s rnreally beneficial physically and you probably know there are many rndifferent schools of yoga, so you can probably go down the block here torn a gym where they’re doing power yoga, and it’s extremely physically rntaxing. Or a lot of people have a kind of idea about yoga. They see rnpictures of yogis in these terribly complicated pretzel-like poses and rnthey just know that that’s just not for them. They could never do that. rnAnd that’s a certain approach to yoga, which I think is especially rnprevalent in our society because we tend to be very competitive rnathletically and we want to do those complicated poses. But the kind of rntrue roots of yoga are yoga as a meditative practice, as I said, it rnfalls under the umbrella of mind/body medicine because yoga is really a rnway of bringing the mind into focus. That’s how it originated. The rnancient yogis developed yoga both as a preparation for sitting rnmedication so your body would be able to sit for long periods of time, rnbut they also conceived of it as a form of meditation. So, meditation rnreally is just focusing your mind. So in yoga, you focus your mind on rnyour body and you really bring your full attention to body movements.

Butrn so the physical aspects of yoga are extremely beneficial. And we’ve rnseen that. We’ve offered yoga at the Martha Stewart Center now for aboutrn six years. And you would just be amazed at some of our patients who rnstarted with yoga quite a few years ago with us and we literally have rnpeople in their 70’s, 80’s, and 90’s who could barely get down onto the rnground, they couldn’t get down onto the ground when they started, and rnthey just enormously improved in their flexibility, their strength, rntheir mobility, and they love it. It’s a great form of social engagementrn as well. So, it’s extremely good physically and there’s a lot of new rnand interesting research in a whole lot of different ways that yoga is rnbeneficial. And you start to see yoga studies creeping in even to the rnconventional medical literature. Not very often, but if I pick up my rnAnnals of Internal Medicine, which is the leading journal in internal rnmedicine. I remember, I think it was last year; there was a study rnshowing that yoga was more effective than standard physical therapy for rnlow back pain, for instance.

So, there’s more research going on rnto document the benefits of yoga. I just did a small study with a great rnyoga teacher; her name is Nancy Elks, who was recommended to me by one rnof our lung specialists at Mt. Sinai. He said, "You know, my patients rnwith emphysema,"—which is a terrible disease—he said, “One of them said rnto me, ‘You know doctor DePalo, I love you, but yoga has done more for rnme than all of you medicines have.’” And so he got interested and rnstarted referring his patients to this young woman, Nancy Elks, who I rnhad the great opportunity to work with recently. We did a little yoga rnstudy on having people with serious lung disease, these are people with rnreally pretty major league emphysema learn yoga techniques that helped rntheir muscles in breathing and then importantly improved their strength rnand endurance, and they loved it and benefited.
Recorded on April 14, 2010
Up Next

The Real Fountain of Youth: Exercise