Why we prefer people just like us. And why that may be dangerous.

In general, birds of a feather do tend to flock together.

Nicholas Christakis
Nicholas A. Christakis is a physician, sociologist, and director of the Human Nature Lab at Yale University, where he is the Sterling Professor of Social and Natural Science. His most recent book is Blueprint: The Evolutionary Origins of a Good Society (March 2019). Follow him on Twitter @NAChristakis
13 April, 2019

Nicholas Christakis: Preferentially attaching yourself to people that you resemble or who have similar interests that you do-- for instance, a similar tolerance for heat and cold, or similar taste in foods, for example-- actually could confer a fitness advantage. So if you are following around another person who gets cold at the same temperature that you get cold, that person might build a fire. And if they build a fire, they create this positive externality. They create this benefit for you. It would be better for you to be near such a person than near a person who had a different heat tolerance than you did. Or for example, if there were different kinds of foods in the environment, some of which made you sick, being with people who resembled you in their tolerance for those foods would be advantageous, because they would go to an environment where they could eat the food and so could you eat the food.

So hanging out with people you resemble is a kind of a way of probing your match with the environment. If you preferentially attach to people that you resemble, you will therefore be more likely to be in an environment which is good for you. Another idea has to do with a kind of multiplicative advantages of certain kinds of genotypes. What do I mean by that? Well, imagine a kind of toy idea, a kind of toy model, in which you are the first person on the planet to evolve the capacity for speech.

There's a big debate right now about a particular gene called FOXP2. Some people think it plays a role in our evolution or speech, some don't, but imagine that it does, for the sake of argument. Imagine you are the first person on the planet to have a mutation in this gene which confers on you the capacity for speech. This mutation would be useless to you unless you were connected to someone you could talk to. It would be a little bit like being the first person on the planet to get an email address. The email address is useless to you unless you have someone to email. Then, all of a sudden, it becomes very advantageous.

So this example, too, is an example of why we might have evolved the capacity or the interest in preferentially hanging out with people that we resemble. And there are a number of advantages and disadvantages to this tendency once it arises. The advantages include some of the things we've already talked about, but they also include the ability of a group of people of shared abilities and interests to bond and work together to achieve common objectives. So for example, if I can hang out with people I resemble who have similar tastes and abilities that I do, I kind of know on what to count on. You know, if we're going out to hunt big game and we all can run at the same speed, I kind of know that this group can move at this pace, for instance.

But there are disadvantages as well, because once you form a group of people who all resemble each other, you have no heterogeneity in skills. Maybe what you really need is a group where one person can see far and can spot the prey, and another person is strong and can spear the prey. Or maybe you want heterogeneity of information. When you have groups that are all very similar to each other, when groups form, you get a kind of redundancy of information and no novelty. Everyone is like, do you know where the prey item is? Do you know where the prey item is? Everyone has the same information. But you would rather have a group of people with different knowledge and different skills, who might be able to work together to achieve common objectives.

So natural selection across our evolution has taken account of these advantages and has shaped us to in general prefer homophily. But we don't always prefer homophily. There's this notion of 'birds of a feather flock togehter'. But we also have in our language this notion of opposites attract. So we are also equipped with the capacity to define the borders of our group. And one of the ways to push back against tribalism is to step up from the tribalism and to broaden the focus of our concern, to redefine the group as being even bigger.

And if you think about this politically in the United States, for example, one of the kind of political agendas in our country since its founding, with respect to the American project, has been to believe and claim-- I think rightly so-- that anyone can be an American. The focus of our tribalism becomes our shared Americanism. So you can step up from individual groups and sort of be united by our common humanity-- or in this case our common nationality-- and broaden the focus. But in addition we have this other ability. We have this ability to step down and look at the level of individuals. In that we have the capacity to express and detect individual identity. We do this with our faces.

Every human knows that they can look at 1,000 faces and tell one person from the other. We signal our individuality with our faces. Our faces have evolved to be incredibly different-- unlike our hands, for example. You can't tell your friends apart by looking at their hands. But you can tell them instantly apart by looking at their faces. And the fact that we can do this, the fact that we can see individuals as unique, is very important if you are, for instance, a baby and you want to communicate to your mother or your father, this is me, not someone else, care for me. Or if you want to support cooperation-- you want the ability to remember who is nice to you and who is not nice to you.

The capacity for signaling and detecting individual identity is crucial for maintaining cooperation in social systems. Same for friendship. It's crucial. To tell your friends apart or to tell friends from strangers, you need to be able to signal individual identity. So individual identity exists in our group, in our species, it plays a role in all of these things I'm discussing, and it gives us another way of counteracting tribalism. Because now, instead of stepping up a level To redefine the groups to be bigger, we can also step down a level And now look at individuals not as members of groups but as unique human beings. So we don't need to rely on this heuristic. We don't need to rely on this sort of convenient tool of saying, who should I befriend? Oh, I should befriend Or people who are members of my own group. We can either say, I'm open to befriending anybody, or we can say, I'm going to assess each person as a unique human being when deciding whether to hang out with them or not. 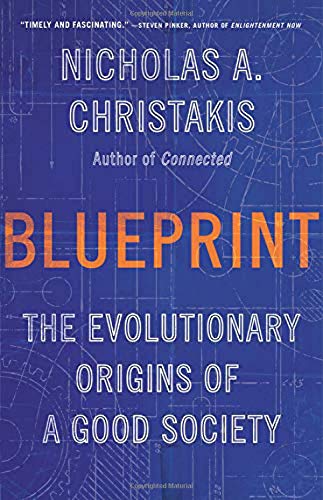