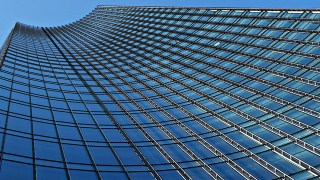 The Upward Spiral of Capitalism and the End of Poverty

When creativity and entrepreneurship are unleashed, and when new innovations are introduced to an open marketplace, there are no limits to human achievement.

Question: Is capitalism a zero-sum game?

John Mackey:  I think the zero-sum worldview is the predominate one.  I think it’s something we’ve evolved with this idea that there is a limited fixed pie and we have to distribute that pie in an equal fair way, that no one should get unfair large pieces of that pie and if someone is getting a bigger piece, necessarily someone else may be getting a smaller piece since there is a finite amount of pie to go around.  I also think it comes from our competitive sports, in that in competitive sports there is a winner and there is a loser. And so we play games, we play sports all our lives, so we’ve come to believe that in the zero-sum worldview that some are winners and some are losers and then we... in a just society then there should be no losers.  There should be... so we need to limit the pieces of the pie anyone gets, so that everyone can have a fair and just piece of the pie.

So I reject that.  I don’t think there is a necessarily a fixed pie.  The beauty of capitalism, the beauty of "conscious capitalism" is the realization that the pie can grow, that through voluntary exchange and through the value creation that happens when the stakeholders voluntarily cooperate and voluntarily exchange with each other is that the pie grows larger. And so there is more to distribute and that distribution takes place through the market processes, through the exchange process as each of the traders of course wants to get a bigger piece for themselves and competition sort of ultimately determines the percentages that each of the different constituencies or stakeholders gets in the exchanges.

But that is a growing pie and it’s a win, win, win, win, win game and that turns me on.  I'm very fired up and excited about that because it means human flourishing isn’t trapped in some type of a limited set of constraints.  It means we can innovate and create our ways out of any of these traps, any of these sort of…  I can’t remember or think of the phrase right now.  I'm trying to recall, but.... this idea that we’re in some type of trap of limited resources and the only limitations we have are the limitations of human creativity, human imagination and intellectual capital that has been accumulated.  As we continue to gain intellectual capital and as human creativity is unleashed and human entrepreneurship is unleashed then the new innovations, the new creativity that expresses itself through the marketplace, through capitalism allows us to solve problems that previously were thought to be unsolvable and humans continue on the upward spiral.

I mean, a great example of this is people are very focused oftentimes on the fact that there is still a billion people on this planet that, say, live on less than a dollar a day. And that is certainly is a terrible tragedy, but if you put that in historical context that is about 15% of the people, 15, 16. 17, less than 20% of the people alive on the planet live on less than a dollar a day whereas 200 years ago 85% of the people alive on the planet earth lived on less than a dollar a day and that is in today’s dollars adjusted for inflation, so poverty has always been the default condition of the human race.  What is unprecedented is not poverty—what is unprecedented is wealth. Wealth for not a few, but prosperity for literally billions of people.  Every year now we see hundreds of millions of people escape from poverty just in two countries, China and India.  It is the greatest revolution in human prosperity in all of human history.  It’s all occurred in the last 20 years and it’s a fact that you almost never see reported in the media.  Instead we tend to focus still on the remaining people that are poor and we’re back on our zero-sum game that somehow or another that is because other people are greedy and selfish and they’re keeping these poor people down. Rather than seeing poverty lessen through capitalism and through free market expansion, we tend to condemn the very thing that is allowing people to escape from poverty as the cause of the poverty. And it’s ridiculous.  Capitalism and free markets are what is going to allow us to escape from poverty.

Mohammad Yunus likes to say that by the end of the 21st century poverty will be something that we only see in museums, that it will be something people look back and say, “Gosh we used to have poor people, how is that even possible?”  And I do think that is the future of humanity if we don’t totally mess it up. That we are going to continue to learn, we’re going to have our intellectual capital spread, we’re going to unleash the human creativity—because I do believe humans have limitless creativity—and we’re going to solve a lot of these problems that are holding us back now and humanity is going to continue its upwards spiral and we are going to eliminate poverty.  I think there are people alive today—I perhaps will not live to see the end of it—but there are young people alive today that will probably see the virtual end of poverty in the human race in the 21st century.

The Varieties of Libertarian Experience