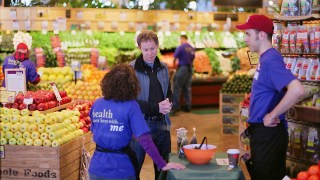 The Varieties of Libertarian Experience

Question: Why are there such divergent opinions among libertarians?

John Mackey: Any type of political ideology is going to have a lot of different variants of it, a lot of different.... Libertarians are constantly arguing with each other who is the most pure libertarian and who is most ideologically pure.  I have no real interest in those types of discussions or arguments. And what I resist... one of the strains of libertarianism and that I reject: I reject the idea that human kind is essentially selfish, not only as an observation that we frequently are selfish, but there is a strain of belief, particularly in the Ayn Rand part of the movement that believes people ought to be selfish, that that is a virtue, that humans are always self interested and altruism is evil and love is something that makes us weak. And so I reject that aspect of libertarianism.  I'm a caring, compassionate person and I believe that free markets and free minds leads to the greatest human flourishing, so I really want humans to flourish and I believe liberty and market economies and capitalism are the best strategies for full human flourishing. So I don’t identify with that strain of libertarianism that is sort of uncaring and kind of a social Darwinian variant of it.  I'm very uncomfortable with that.  I'm not that way myself.

Question: What ideas are at the core of libertarianism?

John Mackey:  I do believe that many libertarians are animated by human flourishing.  They... we sincerely believe that human flourishing... That we need to be free and that we need to be creative, and that through human freedom entrepreneurship that humans are creative; they create new ways of creating value for each other that expresses the self through the economic system and leads to greater prosperity, not for a few, but for most people and eventually all people. So there is a strain of deep idealism in the libertarian movement.  It’s again sometimes masked over by that ideology of selfishness, but the human flourishing element is definitely a big aspect of I think of the motivational structure of many libertarians.  Certainly it is for me.

Starting a Business Was a Political Wake-Up Call