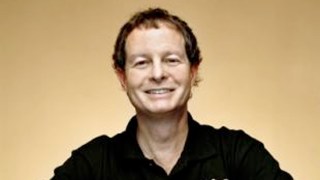 Starting a Business Was a Political Wake-Up Call

The nuts and bolts of running a company—from meeting payroll each week and satisfying customers to taking on competitors—revealed that Mackey’s idealistic notions of the fair distribution of resources were unrealistic.

Question: How has your economic worldview evolved since you first got into business?

John Mackey:  Of course there is the old saying.  I forget who said it, but I think it was true in my life, which is: "if at the age of 21 you’re not a socialist then you don’t have any heart and if by the age 30 you still are then you don’t have any brains." So that was kind of my experience.  I started out young and idealistic and social justice and fair distribution of resources and we were… I didn’t understand why everybody couldn’t be equally prosperous.

And starting my own business was kind of a wakeup call in a number of different ways.  I had to meet a payroll every week and we had to satisfy customers and we had competitors that we had to compete with in order to have those customers come into our stores. And we had to compete with other employers for our employees.  We had to... The wages were under competitive pressures, so there was all this competition on us that of course made operating the business successfully difficult. And it’s kind of like having to meet a payroll and having to meet the demands of our customers is a great destroyer of utopian fantasies and utopian ideologies.  You’re in the real world and you have to meet the market test every day and every week.

And I just found that the belief system that I had going into operating that business was inadequate to explain the experiences that I was having in business and I began to look around and read other books and other philosophies to try to make sense out of my life and out of my business experience and it was really through encountering the free market capitalist philosophies of Milton Friedman and Friedrich Hayek and Ludwig von Mises and many other free market philosophers that I came to realize that this explanation made a lot more sense in my business experience and made more sense in terms of how the world really operated and so that is when my worldview began to shift and I began to let go of being sort of a democratic socialist.