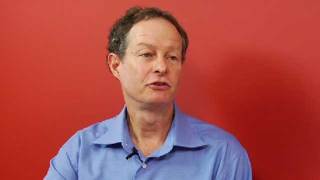 How a Company Can Be “Heroic”

Companies—and individuals—have the ability to improve the world and stand up for what they believe is true, right, and good, says the Whole Foods CEO in an interview with HBR’s Justin Fox.

Justin Fox: What are sort of the core principles of the organization and where do those come from?

John Mackey:  I think business enterprises are like any other human communities. That they can aspire to the highest values that have inspired humans throughout time and if you use… you can use different value models, but I like Plato’s: the good, the true, the beautiful.  Add the heroic to that, the heroic being the change and improve the world and stand up for what you believe is true and right and good. I think Whole Foods’ highest purpose or deepest purpose is a heroic one: to try to change and improve our world. And that is what animates me personally.  That is what animates the company.  I resisted that purpose for a long time by the way.  I actually thought we were in some variant of service, so I thought really it was about fulfilling the good. And the team members consistently told me I was wrong, that we had a different purpose in that.  It was this more heroic purpose and finally got it.

Justin Fox:  When did you make the switch from that?

John Mackey:  What ended up happening is when I’d go talk about conscious capitalism around to our different stores and I would…  I’d poll the team members, “How many of you think we’re trying to fulfill a service purpose for the good. Or how many of you think we’re trying to achieve excellence or some type of a beauty or how much do you think we’re pursuing the truth and how many think it’s heroic?”  And I’d get votes for all of them, but about 75% would vote on heroic and I used to argue with them: "No, you’re wrong.  You know I know better.  I'm the cofounder and the CEO of the company and I'm telling you really we’re about the good." And they’d say "No you’re wrong." And it’s a token to the passion that our team members have that when I kept hearing that store after store after store finally I started to realized gosh you know I think maybe they’re right.  I've just been in denial myself about this. I would say it was about five years ago.

Justin Fox:  Does that have any practical implications in how the place is run or priorities that are set?

John Mackey:  It does a in a little bit in that we are going for it more, like now with... we’re willing to take sometimes unpopular stands in the public realm as I did on health care or now with our healthy eating education initiatives we feel a responsibility to try to change things, to correct some of the fundamental problems that we see in our society. Once you connect into that hero mythology for yourself and for the company then it does change behavior because you’re more conscious of your purpose and when you’re more conscious of it you can... you’re in a better position to realize it.