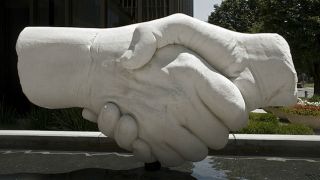 When disagreements get expressed, better decisions get made. If you have to dive deeper into the basis for disagreement, you’re forced to make your case more persuasive.

Justin Fox: So, John, this emphasis on consensus. Has that been there from the very beginning or has that evolved over the years?

John Mackey:  It has evolved over the years.  I think I found that when you make decisions by consensus and you let all the disagreements get expressed that you’re going to make better decisions. That people are equals and they are expressing their opinions that if they disagree you have to dive deeper into what the basis for that disagreement is and so that you can persuade people that for the good of the group the decision can be... we’ll come to some type of a consensus or a compromise or agreement that everybody can get solidly behind. Because if you don’t do that, and people in the leadership group don’t have consensus, then they’re secretly there is a natural human tendency to kind of want the decision, the person who lost, who didn’t get their way in a sense to be proven right.  It’s like: "See, I told you that wasn’t going to work.  I told you so." And they won’t totally enlist in the decision and that ends up I think creating divisiveness, so I think consensus is very important.

Justin Fox:  Does it take really long sometimes to get to it?

John Mackey:  It can.  It can, but again, if you’re under urgency then you’ll… there is a greater intensity to get to the consensus quicker, but sometimes decisions get talked about for weeks or months.  They don’t all have to be made on the spur of the moment or quickly.  Generally if you make important decisions that really are going to impact the business it’s good to talk that over. And of course we had a wider circle of what we call our Whole Foods Market Leadership Network, WFLN, that consists of the top 30 executives in the company. And we don’t seek consensus, it’s virtually impossible to get consensus with 30 people, but if there is strong factions in the group when we make larger decisions we definitely want to try to reach decisions that are not like a 16 to 14 type of decision.  You want to have decisions that allow the great majority of people to agree with the decision and buy into it.  It’s a little bit like Japanese management decision-making, which, they spend a lot more time trying to develop consensus in their decision group.  That takes longer, but the virtue of it is while it takes longer to make the decision once you begin the implement it, it goes a lot faster because there isn’t sort of resistance and sabotage that works its way through the organization, so we found that is at least at Whole Foods, a better way to operate.

Justin Fox:  And is there any attempt to replicate that style at the store level, at the regional level as well?

John Mackey:  We lead by example in that way, so I do think there is.  While it’s not company policy, I do think our culture encourages that type of decision-making, although it’s not a requirement.