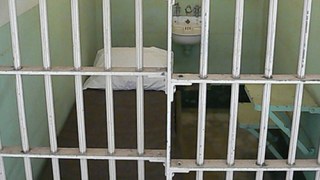 Fewer of Us Will Be in Prison

The U.S. is now incarcerating on a level so out of sync with it’s own history—and with what other industrial democracies are doing—that the system is bound to change.
▸
4 min
—
with
Robert Perkinson

The U.S. is now incarcerating on a level so out of sync with it’s own history—and with what other industrial democracies are doing—that the system is bound to change.

Question: Will we have more or less of our population in prison in 2050?

Robert Perkinson: We are at a point of historical reckoning in American history.  In my view and the point of view I put forward in the book is that mass incarceration constitutes a second great retreat from freedom in American history.  The first was after reconstruction with the solidification of the Jim Crow. The second was the growth of mass imprisonment, I argue largely in response to civil rights.  That’s been going on for 40 years, and there’s a lot to undo.  And we are at a fork.  We’re clearly... because of the economic crisis because of the overreach of the Bush Administration and because of the Democratic majority, at least for now commanded by the Obama Administration, we are potentially at a turning point.

I’m optimistic. I think that the U.S. is now incarcerating on a level so out of sync with it’s own history, so our of sync with the evidence that’s so costly, so our of sync with what other industrial democracies are doing...  And so out of sync frankly with the democratic values that we claim to espouse that it would be hard for us not to move in the other direction.  But, as we are seeing, we living through a period in which partisanship and viciousness and bombast can often trump reasonable debate in which politicians, perhaps more than they have been in a long time, are more interested in currying party partisan advantage then they are in governing.  The Republicans now, because their base has contracted and become much more homogeneous—partially because of their law and order rhetoric that drove African-Americans out of the party and has left it what conservative journalist, Bob Novak, called the White Man's Party, and the Tea Party Movement is that way as well as an overwhelmingly kind of white movement...  If that kind of hyper-partisanship and paranoia and disregard for evidence carries the day, then sure, we can end up with even a larger and more ineffective and more damaging criminal justice system that we have now.

The demographic trends are against that. You know, the U.S. is becoming a more of a pluralist society which I think will gradually have influence in our politics.  A lot of people, even on the right—libertarians, George Will and William Buckley, before he passed—have started to speak out against incarceration and the drug war as hyperactive social engineering and bloated government.

So, I’m optimistic that we probably can turn a corner, but it really is going to take a massive effort.  And on par, in my view, and leadership not just from politicians and the courts, but from the public as well, you know, to dismantle segregation which George Wallace said would last forever took a confluence of factors.  The media, mostly people in the streets and churches and politicians and the courts.  Leadership at all sectors of society, an epic freedom movement really to kind of finally fulfill the promise of emancipation.  We stepped two steps forward and then with the criminal justice system, I believe we’ve stepped one step back and it will require, I think, another freedom movement to dismantle mass incarceration and for us to get smart on crime.