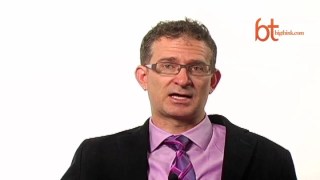 Sexual victimization in prison now has come to constitute a significant portion of that in society as a whole.

Question: Why are people beginning to take the issue of prisonrn rape more seriously?

Robert Perkinson: Well, there’s rnso many people in prison that sexual victimization in prison now has rncome to constitute a significant portion of the sexual victimizations inrn the society as a whole.  Human Rights Watch and some of the human rnrights organizations have really began in the late ‘90’s documenting thern incredibly high rates of sexual assault.  Which was not new.  If you gorn back and look at the very economical cost-effective regimented system rnthat Texas was able to perfect over the course of the 20th century, rnbased on convict guards.  A lot of the ways those guards were in a sensern compensated was by officers turning a blind eye to their sexual rnvictimization of "punks," so-called "punks" in prison.  So, sexual rnassault has been endemic and often a tool of... a tool of subjugation inrn prisons for a long time, but it has gotten a lot more attention.

Andrn under the Bush Administration—to the Bush Administration’s credit—they rnsigned legislation to kind of conduct a lot more research into sexual rnvictimization and so we’re getting a lot better data on that now, and I rnthink because the data is now available, some corrections officers are rnstarting to take it more seriously and therefore when victims, or rnwould-be victims, are in a compromising situation we are beginning to rnhave a system in which they feel like they can go to the authorities andrn seek protection and receive redress.  But we are, frankly, a long way rnfrom that.

And there is, of course, a public health component rnto this as well to both coerced sex and consensual sex in prison, and rnthat is that another way that mass imprisonment is adversely affecting rnthe public is that they have become incubators of public health rnproblems.  They’ve become incubators of hepatitis B; they’ve become rnincubators of HIV and antibiotic-resistant tuberculosis.  And of course rnall of that has consequences beyond prison walls.  It’s yet another rnreason to try to use incarceration as a penalty of last resort than a rnpenalty of first resort, as we have started doing in recent years.

Robertrn Perkinson: I don’t know if we have seen a change in the public rnmindset yet.  We have seen a leveling off of the prison population in rnthe last few years.  We have seen a lot of states start to mitigate somern of the harsh steps they’ve taken over the past two generations.  Texas rnhas rolled back partially the Rockefeller Drug Laws, California, facing rnbankruptcy, is struggling to release 40,000 inmates in order to comply rnwith Federal Court Orders.  A lot of states are trying to figure out howrn to save money, because of the budget crisis, by downsizing these rnresource-devouring bureaucracies that they’ve built.  But I don’t know rnif we have yet see a shift in public attitudes.  That will probably rntake... in come ways there’s evidence that the harsh public attitudes rnhave been driven in some ways by television and by politicians.  If you rnlook at a sociologist in Washington, Katherine Beckett, went back and rnlooked at opinion surveys, you know, how seriously the public thought rndrug addiction, how serious of a problem that was compared to other rnproblems.  And she found that, for instance before Bush the first rnbrandished his bag of crack that had been purchased in Lafayette Park rnand made the war on drugs an essential part of his presidency.  Before rnthat, political leadership for partisan purposes took place and rncommanded public attention, the public was not particularly concerned rnabout illegal drug use.  And afterward they developed harsher attitudes rnand more anxiety.  So we’re going to have to see some leadership in the rnother direction, I think, for people to start developing other ideas.

Onern thing I should say about that too is that the public, quite rnunderstandably, has very fickle attitudes and conflicted attitudes rntoward crime and punishment as all of us do.  And so polls are in some rnways driven by how you ask the question.  So if you ask people, do we gorn too... "Should we be harder on criminals than we are?"  Many poll rnrecipients, especially white men it should be said, will say yes, we rnneed to be harder on crime.  But if you ask them, the public, "Should wern emphasize treatment over incarceration for non-violent drug crimes?" rnthey also say yes.  Or "Should we have more treatment in prison?" or rn"Should we have more education in prison?"  So, you know, framing has a rnlot to do with how successfully we are able to pursue changes.

thern problem we have had in recent years is that the Democrats from the end rnof the Johnson Administration forward have been running scared on rncriminal justice.  They felt that the accusation of being soft on crime rnis one of their critical vulnerabilities.  And so President Clinton morern masterfully than his predecessors decided that he was going to be a rndraconian as any of his opponents and he signed the largest, harshest rncrime bills in American history during his watch.  And he did rnsuccessfully fortify his right flank on criminal justice, but with rnabsolutely disastrous effects.  And so far, the Obama Administration hasrn not taken that approach... of course they have had a congressional rnmajority so they haven’t had as much pressure to do so. And we will see rnwhether they are able to have the kind of fortitude and attention and rnable to marshal the political capital to kind of move through some rnserious changes as there is some evidence that they do want to do.