For your reading pleasure, here are ten schools of philosophy you should know about. Some of them are commonly misunderstood, and we correct that problem here.

The leading philosophy among angsty teens who misunderstand Nietzsche.

The root of the word ‘nihilism’ is derived from the Latin nihil, meaning “nothing”, and it is a more of a series of related positions and problems than a single school of thought. The key idea of it is the lack of belief in meaning or substance in an area of philosophy. For example, moral nihilism argues that moral facts cannot exist; metaphysical nihilism argues that we cannot have metaphysical facts; existential nihilism is the idea that life cannot have meaning and nothing has value—this is the kind that most people think of when they hear the word.

As opposed to popular understanding, Nietzsche was not a nihilist. Rather, he wrote about the dangers posed by nihilism and offered solutions to them. Real nihilists included the Russian nihilist movement. 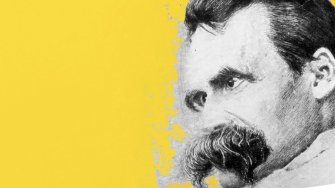 The leading philosophy among angsty undergraduates who understand Nietzsche.

Existentialism is a school of thought originating in the work of Soren Kierkegaard and Nietzsche. Existentialism focuses on the problems posed by existential nihilism. What is the point of living if life has no inherent purpose, where can we find value after the death of God, and how do we face the knowledge of our inevitable demise? Existentialists also ask questions about free will, choice, and the difficulties of being an individual.

The existentialists also included Jean-Paul Sartre, Simone de Beauvoir, and Martin Heidegger. Albert Camus was associated with the movement, but considered himself independent of it.

A philosophy popular in ancient Greece and Rome, and practiced today by many people in high-stress environments.

Stoicism is a school that focuses on how to live in a world where things don’t go your way. Is it raining when you just waxed your car? Accept it. Does the lady at the desk next to you sound like a dying cat when she speaks? Accept it, and move on to the next problem. The idea at the heart of it is acceptance of all things that are beyond your control. Pain will pass, you will remain, so the best thing to do is focus on what you can control.

Famed stoics included Zeno of Citium, Seneca, and Marcus Aurelius. Today many athletes rely on stoicism to help them focus on their performance during games, rather than how the other team is doing.

Hedonism is the idea that pleasure or happiness is the one thing with intrinsic value. This idea has been held by many other schools across history, most famously the utilitarians. While happiness is often construed as pleasure and the green light is often given to depravity by this school, Greek thinker Epicurus was also a hedonist and tied it to a virtue ethics system based around moderation. He argued that moderation lead to the most happiness for the individual in the long run.

Famous hedonists include Jeremy Bentham, Epicurus, and Michel Onfray. Hedonism is also the oldest philosophy recorded, making an appearance in The Epic of Gilgamesh. 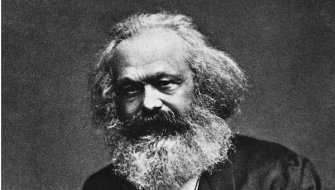 Marxism is a school based on the collected ideas of Karl Marx, the 19th century German philosopher, and the related ideas others have added after his death. His key ideas are all critiques of capitalism, such as the idea that the capitalist mode of production alienates us from the results of our labor, the tendency of capitalism to overproduce and crash as a result, and the labor theory of value. He also proposed a few ideas to help fix the problems he found in capitalism, many of them less radical than you might suppose.

Cultural Marxism is a thing, but not what your crazy uncle says it is. In reality, it is a method of critiquing a consumerist society for reducing everything to a commodity and the phenomena of mass marking reaching into all parts of our lives which was proposed by German philosophers who didn’t like the Soviet system either. I am sure the comments section will disagree with this fact passionately.

Famed Marxists include Lenin, Stalin, Mao, and Slavoj Zizek; though all of the listed individuals have been called heretics at one point or another by other Marxists. Ironically, Marx himself claimed to not be one. 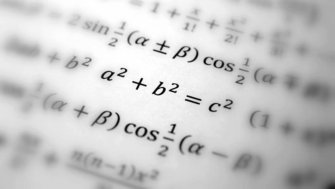 Have you ever wondered if we can base absolutely everything on logic and empirical evidence?

The logical positivists had a good try—until they found it a dead end. This school was popular in the 1920s and ’30s, and was focused on the idea of verifications, which sought to base all knowledge on either empirical data or logical tautologies. By this idea, metaphysics, ethics, theology, and aesthetics cannot be studied philosophically as they don’t offer ideas with truth values. As it turns out the core tenet of verificationism cannot be shown to be true either, posing an unsolvable problem for the school.

The school was largely unsuccessful in its work, and suffered a major blow when Ludwig Wittgenstein denounced his previous work in favor of the school’s ideas then utterly changed course. The school still had a great deal of influence, particularly on the work of Karl Popper and Wittgenstein, who worked so hard to disprove the core tenets.

Famed members of the movement included Bertrand Russell, Ludwig Wittgenstein, and the Vienna Circle. All of them were brilliant, and after the decline of the school most of them went on to other projects.

Taoism is a school of thought based around the Tao Te Ching, written by the ancient Chinese philosopher Lao-Tzu as he left China to live as a hermit. Taoism is based around ideas of humility, the ‘Way’, a focus on the individual, simplicity, and naturalness. It is commonly practiced as a folk religion by the Chinese, and Taoists often make offerings to various gods.

Taoist thought would later fuse with Buddhism and birth of Zen. Elements of it would also be incorporated into the concept of Neo-Confucianism. The principles of Taoism would also resonate with physicist Niels Bohr who admired Taoism’s ability to view opposites as complementary. 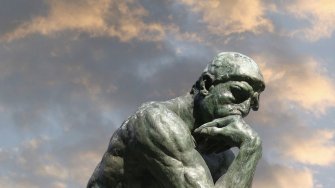 If our senses are often wrong, how can we ever trust them to get reality right? This is the key tenet of rationalism, the idea that knowledge must come primarily from reason and thought, rather than empirical evidence.

The idea has been widespread in history. Thinkers who argued for rationalism included Socrates, Rene Descartes, and Spinoza. Their view, that reason alone could reveal the great truths of the world, has largely fallen out of use in favor of a more diverse group of methods for finding truth. British philosopher Galen Strawson explained the limit of rationalist approaches to knowledge when he explained, “you can see that it is true just lying on your couch. You don’t have to get up off your couch and go outside and examine the way things are in the physical world. You don’t have to do any science.” Convenient, but no longer enough. Today, most thinkers combine rationalist notions with empirical data. 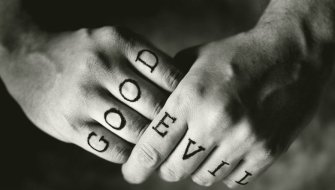 Relativism is the idea that views are relative to perspective or considerations. This idea can even be applied to morality or truth itself, with some arguing then that there are no moral facts or absolute truths. Similarly, situational relativism is an idea in ethics where a rule is to be followed under all conditions except for some, when we would then follow another rule. For example, don’t kill unless you would save lives by doing so. This idea, in a revised form, was supported by American philosopher Robert Nozick in his book Anarchy, State, and Utopia.

Most of you are probably familiar with the idea of “cultural relativism” which is the notion that the morality of two differing cultures cannot be compared and a person outside of one culture cannot critique the values and morality of another. This idea is not held by any major philosophers, and is generally seen as self-defeating by those who work in ethics. 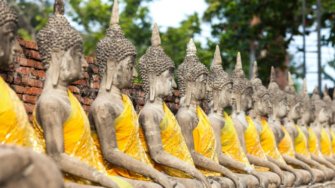 A religion based around the teachings of Gautama Buddha, an Indian prince, Buddhism is dedicated to the idea that suffering has a cause and that we can overcome it by means of mediation, following the noble eightfold path, and contemplation of sutras.

The many schools of Buddhism are rather diverse in their thought, bound together primarily by the Buddha’s ideas on suffering. Some are non-theistic while others have a pantheon of gods and demons. Some hold that karma exists and reincarnation is a part of life while others reject any discussion of an afterlife. Most are peaceful while others… not so much. In the west, Buddhist ideas on meditation are often widely shared while other elements of the religion are ignored.

Tags
buddhismExistentialismhedonismmarxismnihilismrationalismschools of philosophyschools of thoughtstoicismtaoism
In this article
buddhismExistentialismhedonismmarxismnihilismrationalismschools of philosophyschools of thoughtstoicismtaoism
Related
13.8
Does quantum mechanics favor Buddhist philosophy?
No. But Buddhism and quantum mechanics have much to teach each other.
High Culture
A canvas of nonsense: how Dada reflects a world gone mad through art
Using urinals, psychological collages, and animated furniture to shock us into reality.
Thinking
Do you worry too much? Stoicism can help
How imagining the worst case scenario can help calm anxiety.
13.8
Can you be scientific and spiritual?
Spirituality can be an uncomfortable word for atheists. But does it deserve the antagonism that it gets?
Neuropsych
What is the ‘self’? The 3 layers of your identity.
Answering the question of who you are is not an easy task. Let’s unpack what culture, philosophy, and neuroscience have to say.
▸
12 min
—
with
Big Think
Up Next
Health
The Mystery of a Boy Who Lost the Vision Center of His Brain But Can Still See 7 Years Later
The case of a 7-year-old Australian boy who was supposed to lose sight at two weeks old but can still see has stunned scientists.