Kluger discusses why narcissists excel in politics and rates the narcissism of those who have called the White House home. 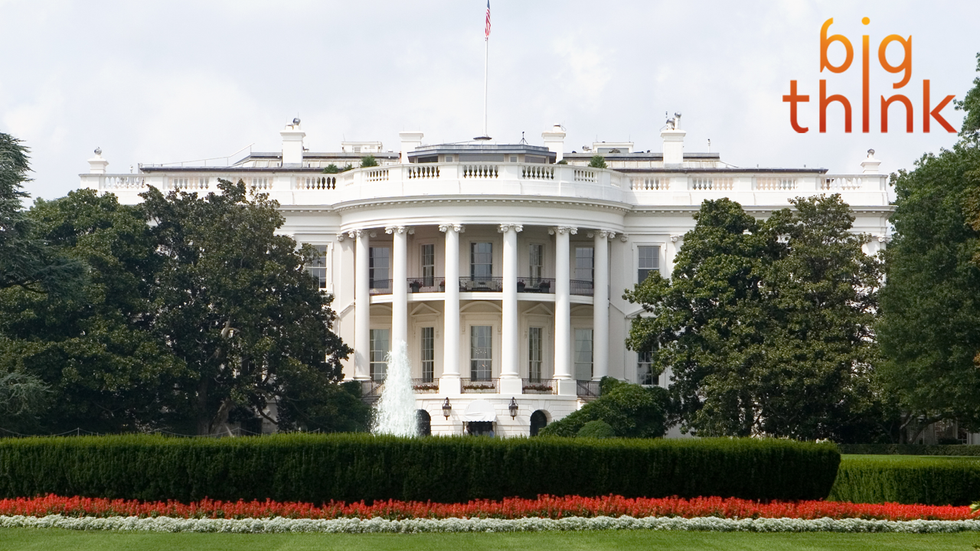 TIME Senior Writer Jeffrey Kluger is the author of nine books, including his latest, The Narcissist Next Door. In his Big Think interview below, Kluger discusses why narcissists excel in politics and rates the narcissism of those who have called the White House home.

Next, there's entitlement. We already have a pretty good understanding of what that word means, though Kluger employs an effective example to convey his exact definition:

"Babies have that level of entitlement. It's the reason that babies aren't just frustrated or disappointed when they're denied the cookie or the extra ice cream there want, they're actually outraged by it because they can't believe in their wee baby brains that they're actually being denied something they want. It's the difference between want and need and narcissists don't get it."

Kluger points to the third element of narcissism -- lack of empathy -- as its most critical and self-destructive. He describes narcissists as being "anesthetized" to how their actions affect other people. Most of us are aware when what we're doing causes harm. This in turn causes us to cease those actions. Narcissists lack that innate skill and therefore lack behavioral deterrents.

As with most personality disorders, narcissism exists on a scale. Kluger explains that there's a big difference in intensity between "lowercase n" narcissism and 'capital N" Narcissism. The latter is clinically described as narcissistic personality disorder (NPD). Only about 3% of the population has NPD, which is consistent with other similar disorders. Existing near the "capital N" side of the continuum means a lot of self-destructive and confrontational behavior. But if you slide down toward the other end of the scale, Kluger explains that there are times when "lower case n" narcissism can be a good thing. It serves as a way to express thoughts and creativity:

"Even our greatest and most humble people, Mahatma Gandhi, Martin Luther King, had to have had narcissistic components to their personality. They gravitated toward attention, they gravitated toward crowds. If we believe that they didn't get a charge out of standing before a crowd of half a million people, or in the case of Gandhi millions, and moving an entire nation with their words, well we don't really understand human nature then if that's what we think of."

Kluger then begins to examine the personalities of various past presidents. Bill Clinton, he says, was a self-destructive narcissist propped up by his charm and charisma. He calls Ronald Reagan "the most highly functioning narcissist who's ever been in our political system."

"Even if you don't like Reagan's politics, even if you never voted for him you had to acknowledge the fact that he seemed just like a decent and genial and comfortable and amused and amusing man who enjoyed being inside his own skin, who enjoyed being around other people, who just liked what he was doing in a very uncomplicated way. But again, it was narcissism, healthy narcissism that pushed him into movies, it was healthy narcissism that pushed him into politics."

Kluger's most narcissistic president is Chester A. Arthur, who served an unspectacular term as commander-in-chief in the early 1880s. Arthur's narcissism manifested itself in vanity. He refurbished the White House with items bought under the supervision of Louis Tiffany and owned 80 different pairs of pants that he made to sure to flaunt with gusto. Kluger cites Franklin Delano Roosevelt and Lyndon B. Johnson as other high-scoring narcissists. Their respective relentlessness in pursuing power and pushing the Vietnam War reflect keen elements of grandiosity and entitlement.

On the other hand, Kluger calls Calvin Coolidge the least narcissistic of all American presidents:

"[Coolidge] once famously said 'I think Americans want a solemn ass as president and I'm going to give them that.' So he succeeded in that."

As for the man currently in residence at 1600 Pennsylvania Northwest, Kluger guesses that Barrack Obama would score high on the Narcissistic Personality Inventory. Yet, at the same time, the current president's aloofness and discomfort when mingling set him apart from many other narcissists. In this way, he's much more like Richard Nixon than Reagan or Clinton.

Kluger concludes with an anecdote involving a conversation he had with Al Gore around 2008. Within this anecdote, Kluger places his finger on the pulse of why narcissists do so well in politics:

"I asked [Gore] 'do you believe that if you came to the conclusion that you were truly the best person equipped to effectuate the kinds of changes that you want to see the country effectuate, particularly say environmental issues, do you believe that you would then have almost a personal obligation to run?' And he answered with sort of a laugh and said, 'Well, everybody who runs for president believes that.'

To run for president and endure a grueling, often ugly campaign, one has to possess the staunch and unwavering belief that he or she is the best qualified person for the job. It's what keeps presidential candidates going. It's what motivates and drives them. All it takes is a foundation of grandiosity, a keen sense of entitlement, and perhaps a little lack of empathy and awareness.

If you've got those traits under your belt, you may have a future in politics.