The doubling of computer processing speed every 18 months, known as Moore's Law, is just one manifestation of the greater trend that all technological change occurs at an exponential rate. 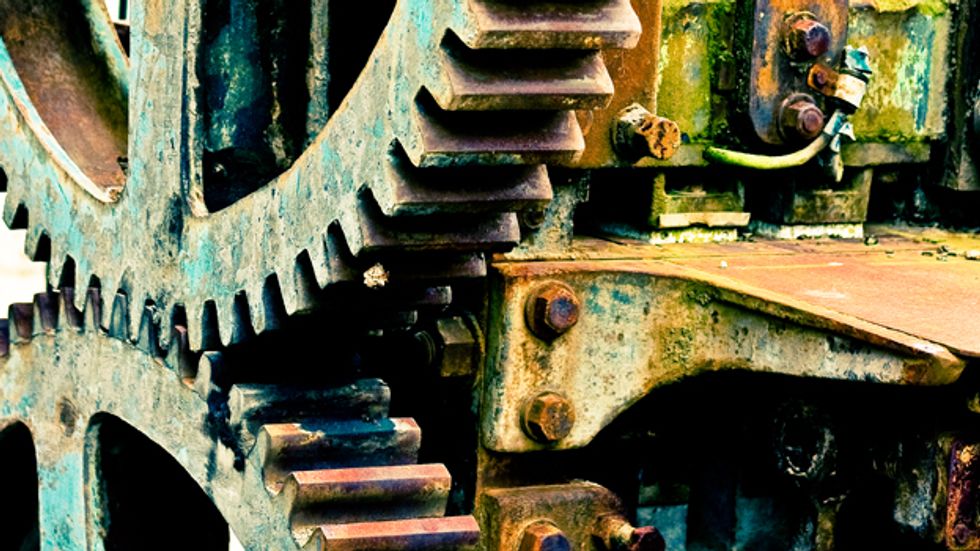 The doubling of computer processing speed every 18 months, known as Moore's Law, is just one manifestation of the greater trend that all technological change occurs at an exponential rate.

Why Is It Groundbreaking?

For the vast majority of human existence, it was safe to assume that the world in which you died would look pretty much the same as the one in which you were born. But that is no longer the case—and pretty soon humans won't even die at all, says futurist Ray Kurzweil. "We won’t experience 100 years of progress in the 21st century — it will be more like 20,000 years of progress (at today’s rate)," wrote Kurzweil in 2001. Just think about how much things have changed in the past 10 years—wireless internet, smart phones, Facebook and Twitter—and then try to imagine how vastly different things will be in 2021, or even 2100.

Scores have criticized Kurzweil's prediction that the Singularity (the technological event horizon beyond which our human imaginations can't even fathom–think androids, immortality, and interstellar travel) will occur in 2045. It rests on the very shaky assumption that Moore's Law will continue to hold true, they say. Big Think's own blogger Michio Kaku has said that at some point silicon transistors will simply be unable to get any smaller or faster.

But according to Kurzweil, Moore's Law of Integrated Circuits is the fifth in a series of paradigms of exponential computing processing growth. And the previous four paradigms—"from the mechanical calculating devices used in the 1890 U.S. Census, to Turing’s relay-based 'Robinson' machine that cracked the Nazi enigma code, to the CBS vacuum tube computer that predicted the election of Eisenhower, to the transistor-based machines used in the first space launches"—all operated under this same underlying principle, writes Kurzweil. In other words, even if scientists do hit a wall with silicon-based circuits, something will emerge to take its place.

Why Should You Care?

Consider the tremendous power of the exponential growth of computers: "When I was an undergraduate, we all shared a computer at MIT that took up half of a building," says Kurzweil. "The computer in your cellphone today is a million times cheaper and a thousand times more powerful. That’s a billion fold increase in price performance of computing since I was an undergraduate." Now apply that same dramatic increase to other fields that depend on information technology:

"If you look at the implications of exponential growth, it creates a very different picture of the future and it’s not intuitive," says Kurzweil. Problems that may seem intractable now could become eminently solvable in the near future. Not only should this inform investing and planning for the future, it should also change what you think of as possible for humanity. Soon, things which we could barely have imagined decades before might be within reach.

—When I Am a Robot, How Will I Have Sex?

—How to Stop Robots From Killing Us

—Singularity Is a Religion Just for Digital Geeks