Overconfidence Can Give You A Competitive Edge at Work 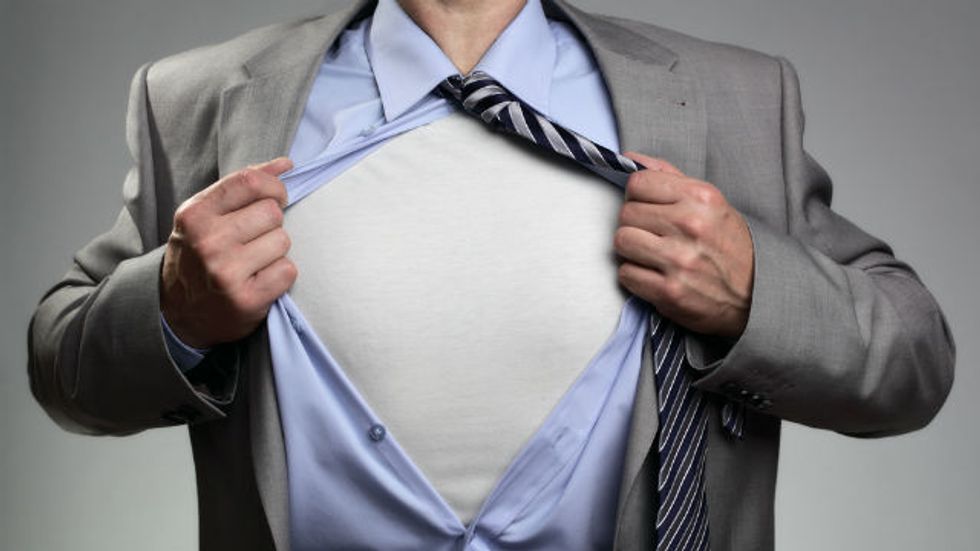 Want to gain social status? Be certain in your judgments, whether or not you are qualified to make them. Want to rise to the top? Assess yourself to be more skilled than you actually are.  And here’s the kicker: new research suggests that even when your guarantees turn out to be wrong and your bold decisions result in unmitigated disasters, you will still gain respect and influence. I spoke with Matthew Hutson, science writer and author of “The 7 Laws of Magical Thinking: How Irrational Beliefs Keep Us Happy, Healthy, and Sane,” to find out why overconfident people reap elevated social status—and if a blowhard backlash is ever coming.

In general, do people have an inflated estimation of their abilities?

It’s clear that overconfidence is prevalent. People tend to overestimate their abilities relative to others and to objective reality, and they tend to be overly certain about their beliefs. In one study, 93% of Americans said they were better than average drivers.

What is the payoff to overconfidence?

Recent research by Cameron Anderson and colleagues at Berkeley finds that overconfident people achieve higher status. Thinking highly of yourself leads you to behave in such a way that others become convinced of the lie as well. This suggests we may have evolved to be overconfident.

How does real confidence differ in presentation than the brash false confidence?

They’re very similar, and in fact overconfidence is hard to diagnose. The only way to tell appropriate confidence from overconfidence is by comparing presentation with unambiguous performance metrics, a rare occurrence. When we think we’ve spotted overconfidence, it’s often something else, perhaps an attempt to cover insecurity. Overconfident people are cool and collected, not braggarts. A recent study by Michael Dufner and colleagues found that there’s very little overlap between actual and perceived overconfidence.

How many times do we have to be burned by the false confidence of Bernie Madoff, Jordan Belfort and the like before we stop valuing this trait?

Here’s where things get interesting. It turns out that we listen to overconfident people even after it’s been revealed that they’re overconfident. A new paper by Jessica Kennedy, Don Moore, and Anderson found that even after subjects were made aware that someone's egotism was unearned, they still accorded him or her greater status. And Dufner found that people rated by others as most self-enhancing were also rated by those same people as most influential.

What factors led to the public being cued to respond positively to this ego masquerading as confidence?

Kennedy and colleagues found two effects of overconfidence that boost status. The first is perceived social skill. If you talk a lot and look people in the eye, they see you as a good leader and people person. The second is perceived competence. Looking sure of yourself gives the impression that you really know what you’re talking about. This impression actually remains after people learn your real ability level, because first impressions are hard to shake.

We’ve seen the high cost of those in top positions “getting it wrong” from the Iraq War to the 2008 financial collapse. Could there be a backlash against basic confidence or are we hard wired to always bend at the knees?

It’s possible that modern conditions amplify the price of failure. On the savannah we didn’t have aircraft carriers and highly leveraged derivatives. Every once in a while we become enraged when we put faith in a blowhard and he, well, blows it. And Sunita Sah and colleagues at Georgetown University recently reported that when perpetually incorrect advisors express a high versus medium amount of certainty they're rated as less credible. But Sah also found that the overly certain advisors don’t lose any actual influence on their advisees’ behavior. Given this and the findings by Dufner and Kennedy on the power of overconfidence even after it’s been revealed as overconfidence, I don’t think we’ll ever really tire of self-puffery.

So does self-deception and overconfidence correlate with increased status only for men?

Anderson’s research shows that overconfidence boosts status equally for men and women. This might be a surprise, given the backlash against assertive women, but Anderson points out that overconfidence doesn’t come across as pushiness or narcissism. Overconfident people just look good at what they do.

We’ll probably never know the exact reason why Jill Abramson was fired as executive editor of the New York Times. Maybe it had to do with salary demands. But, from what you’ve been saying, it likely wasn’t a matter of overconfidence. Agreed?

I’m not privy to what happened at the Times, but the publisher denies he fired Abramson over salary demands. Whether or not that’s true, he’s offered a plausible account of her weaknesses as a manger. She rubbed many people the wrong way. Now, it’s possible her pushiness would not have raised such concerns if she were a man, as research shows that women are punished more than men are for assertiveness, because it violates traditional gender roles. But it’s also possible her behavior would have caused problems no matter her gender.

What do you make of the 2013 paper by Columbia University's Ernesto Reuben that argues men’s overconfidence drives gender wage disparity?

Part of the gender inequality in certain professions may result from an inequality of confidence between men and women. One solution is to try to increase women’s confidence and dampen men’s, but another solution may be to remind people not to rely on confidence as a cue to competence. They’re weakly related, and the person who talks first and loudest might not have the best answer. Circumspection about superficial behavioral cues would immediately place men and women on a more even playing field. A confidence gap need not entail an opportunity gap.