As the saying goes, school prepares students for life, and the current U.S. system teaches many life-critical skills, chiefly reading, writing, and arithmetic. But parse a standard course curriculum, and it appears that focus has shifted from life to something more in line with a college course in algebra or Romanticism.

Don’t get us wrong. The quadratic equation is intellectually engaging. Keats’s poetry is as haunting as it is beautiful. And the merits of liberal education are undervalued in our society.

But contemporary teachers are often forced to teach to the test, which measures IQ and academic ability but fosters neither drive nor social skills. We encounter the mathematics of a nutrition label more frequently than we solve for x. And “Beauty is truth, truth beauty” may not be the most helpful sentiment when everyone must be responsible for fact-checking the information we share.

We need a new curriculum, one that improves students’ lives, as well as their minds. 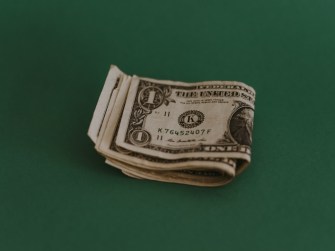 ​Only 17 states require high school students to take a personal finance class, and fewer than half require a course in economics. That’s according to a 2018 survey by the Council for Economic Education.

Another survey — this one from FINRA — found that only 34 percent of U.S. adults could answer four of five questions on basic financial literacy correctly.

“Most Americans aren’t fluent in the language of money,” writes Tara Siegel Bernard, a New York Times personal finance reporter. “Yet we’re expected to make big financial decisions as early as our teens — Should I take on thousands of dollars of student debt? Should I buy a car? — even though most of us received no formal instruction on financial matters until it was too late.”

We need knowledgeable teachers to teach students how to budget, plan for retirement, and parse financial documents. Before getting to college, students should know how to find their credit score, the difference between a variable and fixed interest rate, and why paying only the minimum on your credit card bill is just a bad idea. 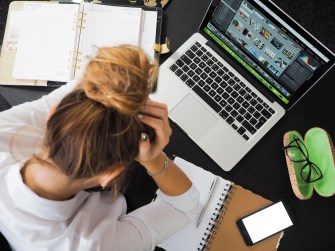 Why do 75 percent of resumes never reach human eyes? If a hiring manager does look at your resume, how do you optimize it to match common eye-scan reading patterns? What goes on a cover letter? What’s the STAR method, and what do you do after an interview?

Too many people enter the job hunt with a vague sense of direction. They learn the answers to the above questions through trial and error or by a piecemeal self-study. To give students the boost they need, job-finding and networking skills should be comprehensively taught at the high school level.

“So telling a young person, ‘Just get a job‘ is not tough love. It’s like going to the Sahara, looking up and yelling “Just rain!” Which is weird. Stop it,” Erica Buist writes for the Guardian.

Instead, we should teach students how to write a resume and cover letter. Teach them the importance of social and professional networking and give them the tools to make those connections. And maybe remind them that that social media post will probably be seen by the hiring manager googling your name. Luckily, those can be deleted. “Teaching about world religions is the better approach, because such instruction can help erase stereotypes of religious minorities and fill a pressing need to reduce ignorance about religion,” writes Linda K. Wertheimer, author of Faith Ed, Teaching About Religion in an Age of Intolerance, in an op-ed.

In her op-ed, she cites Pew’s 2010 “U.S. Religious Knowledge Survey.” It showed that, on average, Americans could only answer 16 of 32 questions about world religions. Interestingly, atheists and agnostics averaged the most correct answers (20.9).

Instead, high school students should study world religions like anthropologists. They should read religious myths and history, understand tenets, and explore how contemporary practitioners engage with their religion through ceremony and custom.

Crucially, such classes should also teach the distinction between personal and communal religious convictions and how religious interpretation has evolved over the centuries.

About half of U.S. adults will experience a mental illness in their lifetime. Most of those will surface between the ages of 14 and 24. Like in finances, people will need to make decisions regarding their mental health young, and if not properly prepared, that decision may damage their wellbeing and relationships.

“We teach [students] how to detect the signs of cancer and how to avoid accidents, but we don’t teach them how to recognize the symptoms of mental illness,” Dustin Verga, a high school health teacher, told Stateline. “It’s a shame because, like cancer, mental health treatment is much more effective if the disease is caught early.”

Mental health classes would focus on developing practical mental wellbeing skills. Students would be introduced to methods of self-reflection and emotional assessment. They would practice techniques for effectively dealing with intense emotions such as stress, anger, and sadness. And they start a daily meditation practice, which science has shown offers a bevy of emotional and development benefits.

These classes could also help destigmatize mental illness — although the U.S. is improving in this regard, barriers continue to prevent many Americans from seeking the care they need. They could impart knowledge about mental illnesses and substance abuse, introduce the principles of cognitive behavior therapy, and explain how to access the available avenues of care.

Conversely, such classes would also equip students with the knowledge of just how faulty their reasoning minds are. Not just students. All the people.

Students would learn about heuristics and biases — mental shortcuts that allow us to make judgments quickly and solve problems quickly but not accurately. They would better learn to recognize groupthink, loss aversion, and sunk cost situations. And they would better recognize the traps and tricks used by advertisers and politicians to direct their thinking and consumption. 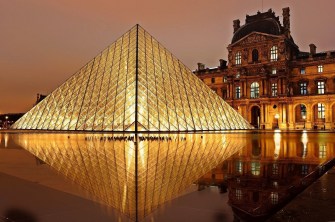 Few children will grow up to be architects. That much is true. But grade school students can derive many useful academic and life lessons through the study of architectural design.

At its heart, architecture is about problem-solving. Students are provided a goal and materials, and they must use those materials to reach said goal. There isn’t a single correct answer, either. Students must use their creativity to solve problems, leading to many valid approaches and even connecting STEM to the arts.

“With design, no solution is 100-percent right or wrong,” Vicky Chan, founder of the voluntary organization Architecture for Children, said in the interview. “It’s not like solving a mathematical problem. In sport, you can teach team spirit, but at the end of the day, it’s a competition and it boils down to winning and losing. But in design, there is no absolute answer, and it’s very much like in real life.”

Architecture branches into other lesson plans as well. When Chan teaches architecture, she uses it to imbue students with the principles of sustainability, but the class could also introduce students to urban planning and real-world mathematics.

Again, most people won’t become game designers. But like architecture, video game design harbors many furtive lessons that connect to a wide range of careers.

The hard skills taught will be appraised highly in the coming decades. Programming, graphic development, and a capacity to learn new platforms and computational skills. Dig deeper though, and you’ll see a bevy of soft skills being fostered, too. Video game design develops analytical, problem-solving, and critical-thinking skills. It requires teamwork and effective division of labor. And it combines storytelling and artistic creativity with STEM.

Students will need to expand their growth mindsets to succeed, but the nature of video games will also ask them to create methods to enlarge players’ growth mindsets, too. As Jane McGonigal, a senior researcher at the Institute for the Future, told Big Think in an interview:

Industry research shows that gamers actually spend 80 percent of the time failing when they’re playing their favorite games. Four out of five times they don’t finish the mission, they don’t level up, they don’t get the score they want – they have to keep trying. And having that resilience in the face of failure is definitely a gamer quality – that we are able to learn from our mistakes, that we are willing to try again.

In this light, a video game design class doesn’t simply teach students a subject. It teaches them how to effectively set goals and plan systems that reward effort to those goals.

As Jeffrey J. Selingo writes for the Harvard Business Review: “For decades, the college degree had been the strongest signal of job readiness. Today there is a lot of noise interfering with that signal, and employers question whether a traditional undergraduate education arms students with the soft skills needed in the workplace.”

These seven represent subjects that we believe will help students develop soft skills, job readiness, and life-healthy habits. They aren’t meant to replace traditional subjects but update educational careers to the 21st-century standard.

Balancing realism and optimism in a dire situation is a key to success.
Health

Why divergent thinkers beat geniuses in the real world

Don’t take the prodigy pathway. Become a broad thinker instead.
▸
6 min
—
with
David Epstein
Up Next
Health

Can Parkinson’s be prevented as it stealthily develops?

A new study finds it may take decades or even a whole lifetime to appear.