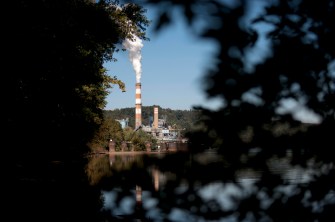 A plume of exhaust extends from the Mitchell Power Station, a coal-fired power plant built along the Monongahela River, 20 miles southwest of Pittsburgh, on September 24, 2013 in New Eagle, Pennsylvania.

$4 billion savings and a reduction in carbon monoxide? OK.

Indiana is a state ranked #7 in coal production and #3 in coal consumption across the U.S., but not for long. Some numbers just came out of that have spelled the end of coal, in favor of renewables. It wasn’t a political battles as much as it was a clear indicator that the market, in this case, wins out. Simply put, renewables will be far less expensive than continuing to burn coal.

The Northern Indiana Public Service Company, traditionally a coal dependent giant, announced that it will save electricity purchasers – that is, consumers and industries — $4 billion over the next 30 years. It will use a mix of solar, wind, energy storage, mixed with more efficient end-user equipment and “demand management,” to reduce its dependence on coal by 100% by 2028.

It’s also good for global warming: Just one of the coal plants it maintains generates over 8 million tons of carbon dioxide per year. 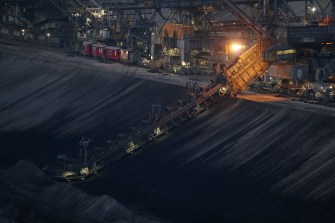 A bucket excavator and other heavy mining machinery extract lignite coal from the pit of the Jaenschwalde open-pit coal mine on October 11, 2018 near Griessen, Germany.

Economic realities are driving this train

Mark Maasel, president of the Indiana Energy Association, made the findings clear: “There is no question that there are efforts out there to sustain the coal industry, but the reality is that economics are driving the decisions that these utilities are making.”

The ramifications for other states — indeed, for anyone else in the world still using coal — are huge. 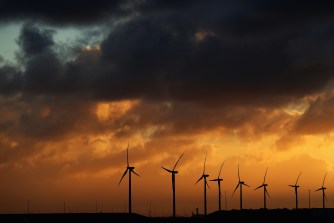 A general view of a wind farm, using five turbines in the Port of Rotterdam on October 27, 2017 in Rotterdam, Netherlands.

“Across all scenarios, converting … would cost NIPSCO customers between $540 [million] to $1.04 [billion] more than retirement and replacement with economically optimized resource selections from the RFP results.”

Despite some politicians — many who collect large direct donations from coal mining companies — claiming that coal is here to stay, this indicates the death of coal will happen sooner, rather than later.

An Op-Ed for Clean Technica states it quite well:

“Economics will do what politicians cannot. There is no engine on Earth that can restrain the imperative of lower prices for long.”

U.S. states vary radically in terms of electricity generation. Vermont is the cleanest, while Delaware is the dirtiest.
The Future

The power tower has superior physics but inferior economics.
The Present

Scientists are solving the problem of costly energy storage.
Life

This everyday electrical phenomenon had no widely accepted scientific explanation — perhaps, until now.
Up Next
The Present

The next gold rush might take place in our sewers.