Driverless cars are getting more and more commonplace as time passes. Take Volvo, for instance, which recently announced that it will take the streets of London with semi-autonomous vehicles in 2017. Tesla and a Chinese company called Le Holdings Co. are also set to market semi-autonomous cars. It seems as though self-driving cars are everywhere now, and they’re here to stay. But what is their role for the average person?

Major automotive and technology companies have announced that they are collaborating into a self-driving car lobby. The lobby includes Ford, Google, Uber, Lyft, and Volvo, and it’s the next step for an industry that has a huge “cool” factor for techies and millennials. The lobby marks that these companies are ready to take a leap toward creating a world ready for their vision. 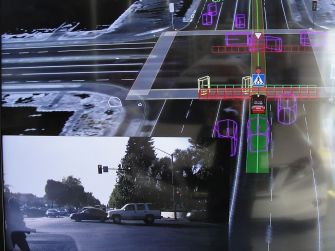 Self-driving cars offer a lot of benefits, and not all of them are clear at first glance. Sure, the cars are reportedly safer, because they get into fewer accidents caused by human error. But they can also be remarkably fuel efficient when compared to a standard car. They can save energy through ingenious mechanisms such as knowing when to turn off during idle time, or being able to drive in a group mass to reduce aerodynamic drag.

So, if driverless cars are such a great thing, why do the companies that care most about them need to form a lobby? Well, for one, not everyone is ready to let go of the wheel when they get into their car. There’s a certain trust element that’s still missing for the general public.

Additionally, the same article that describes the fuel efficiency of driverless cars poses the question of whether that would actually have any impact on reducing our levels of driving. In fact, what if we want to drive more, because we like the comfort of sitting in our own vehicles and doing a crossword puzzle on our way to work more than the idea of doing the same thing on public transit? Even if people use predominantly-electric vehicles, all that electricity still has to come from somewhere.  At the end of the day, it’s possible we wouldn’t really be decreasing our oil consumption or carbon emissions with driverless cars.

Lobbying can be an uncomfortable subject for the general public, because it’s hard to know what happens behind closed doors. People are often suspicious of companies banding together to work out PR issues. But it’s also clear that the rules of the road aren’t written for self-driving cars right now. And a lobby might be these companies’ first big move in changing that.

It may be a year or more before we see the fruits of this new coalition, but the jury is still out on whether driverless cars will be a technology improvement or a hindrance to sustainability.

Related
Starts With A Bang
The Universe’s most unbreakable symmetry
The combination of charge conjugation, parity, and time-reversal symmetry is known as CPT. And it must never be broken. Ever.
13.8
The weirdness of quantum mechanics forces scientists to confront philosophy
Though quantum mechanics is an incredibly successful theory, nobody knows what it means. Scientists now must confront its philosophical implications.
Neuropsych
Why is a Starbucks loyalty rewards program making customers so angry?
The rewards price to get a free cup of hot coffee at Starbucks is going up.
Empowering growth
7 essential management training topics for every team leader
From emotional intelligence to problem solving, these management training topics will set team leaders up for success.
Thinking
What if you could rewire your brain to conquer suffering? Buddhism says you can
For Buddhists, the “Four Noble Truths” offer a path to lasting happiness.
Up Next
Starts With A Bang
The most important lessons from beyond this world
Earth day may have been last week, but the lessons we learned about Earth from space are with us always.“We are not learning to view ourselves as an advanced, evolving civilization. […]