More than half of the world’s population live in urban areas and most Americans live in cities. These complex clusters of civilization are carved up by tunnels, highways and the thousands of parking lots that we casually overlay upon paradise. In cities like New York, London and Sydney, property prices are sky high and inner city living is in ever-growing demand. New developments create more congestion as more vehicles take to the road. With finite space and growing infrastructure burdens, something eventually has to give.

Enter self-driving cars! For decades they’ve been a sci-fi dream and now they’re becoming a reality. By 2020, it is estimated that 10 million cars with autonomous features will be on the road.

By 2030, completely autonomous vehicles will be pervasive and will transform our cities and lifestyles. They’ll change the nature of businesses, reshape the urban landscapes, affect which suburbs we choose to live in, and help us to save time and money. Even better, they could substantially improve our health and wellbeing.

We often hear that self-driving cars could eliminate almost all road related accidents and fatalities. While this would be an amazing boon for humanity, they could do much else besides. Below we explore some other potential benefits suggested in the first instalment of Stanford University’s One Hundred Year Study on Artificial Intelligence (AI100), titled, “Artificial Intelligence and Life in 2030.”

No More Traffic, No More Carparks 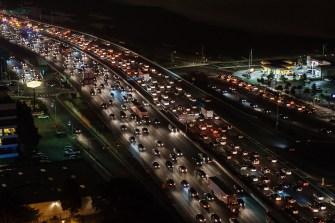 There’s nothing worse than being stuck in traffic. Sadly it’s a daily occurrence for many. But the authors of the Stanford report predict that by 2030, “traffic jams and parking challenges [will] become obsolete.” What’s the logic?

For starters, far fewer people will own cars in the future. They won’t need to because:

“AI applications are likely to transform transportation toward self-driving vehicles with on-time pickup and delivery of people and packages.”

It will be more cost effective to hail autonomous vehicles on demand in a taxi-like model, with options for group-sharing autonomous shuttles and buses, rather than individuals owning a car that sits inert 95% of the time and has expensive maintenance costs.

The result? There will be fewer cars being put to much more efficient use. Factor in the networked capabilities of the cars, which will know the best routes in advance, in combination with the growing trend of working from home, and the peak hour rush really could start to become a thing of the past.

Fewer cars and less idle time also means less parking space will be needed. A lot less! It also means no more time wasted circling around backstreets and parking lots to find a space. The car will simply drop you off and go. You get to save the money you would have spent on parking and avoid the stress of finding somewhere to leave your car. 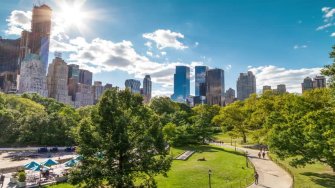 According to the Stanford report:

“As cars will become better drivers than people, city-dwellers will own fewer cars, live further from work, and spend time differently, leading to an entirely new urban organization.”

Car companies like Volkswagen, Mercedes, Toyota and General Motors agree, and they are swiftly transforming their business models on the basis of this prediction. Specifically, they are investing in artificial intelligence technologies and buying up, or partnering with, ride-sharing services like Lyft and Uber.

While ride-sharing alone has the potential to change the dynamics of our roads and public transport networks, Ford is taking the idea even further by spruiking a revolutionary urban vision of smart cities that harness autonomous vehicles, called The City of Tomorrow.

As we redesign cities around new autonomous transport networks, a lot of space that is currently used for things like parking (roughly 14% of land in LA is used for this purpose) could be put to better use. Sure we’ll still need parking space, but the carparks of the future will be ‘smarter’ and use far less space. A smart storage solution that is already in use in some carparks today is a robotic car stacking system. 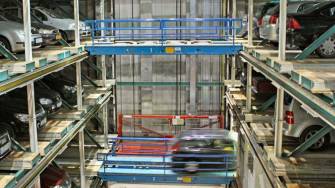 It’s like valet parking, but more efficient. Just drive up to the entrance of the automated parking lot and drive your car into one of the terminals. Lock it and off you go! As you head outside and go about your business your car will get lifted up and inserted into one of the hundreds of empty stacked spaces. When you want it back the automated retrieval system brings it down to ground level and conveniently positions it with the nose to the exit so you can drive straight out.

When the cars park themselves the carparks can also be built in locations where land is cheaper and in lower commercial and residential demand. What will we do with all those newly obsolete concrete slabs? The world’s your oyster. More housing can be built where it’s needed, and more parks and other usable public spaces could be incorporated into the mix.

What about all that on-street parking? It could be replaced with anything from dedicated cycleways, to express autonomous bus-lanes, or more pedestrianized streets. Every city will have a unique approach, but one thing’s for sure, city planning is set to get a whole lot more interesting! 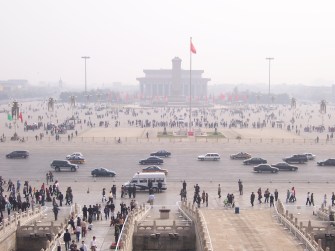 Beijing is the poster-child for apocalyptic air pollution and a big contributing factor is the number of cars on the road. But car-related pollution is also a significant problem in the US. In 2016, WIRED quoted a report by the American Lung Association of California which claims that in 10 American states combined, including California, “cars are responsible for $37 billion in health and climate costs each year” and that “every tank of gasoline you combust adds $18.42 to public health and climate bills.”

If self-driving fleets go all-electric, air pollution could be massively reduced and associated healthcare costs would decline. Even though that’s mostly a benefit of electric cars, it’s worth noting that most self-driving fleets in the future will be electric. The auto industry’s ongoing evolution from a business centered around human-piloted cars to one focused on autonomous vehicles is occurring simultaneously with the societal transition from gas guzzlers to electric cars.

But self-driving cars can be more efficient in their own right too, particularly when they operate in a networked fashion. When the cars know where to park in advance, less fuel gets expended circling around parking lots looking for a space. Networked cars will also take the shortest viable route without exception and can avoid having to brake suddenly. Couple that with smarter traffic lights and stop-start times can be significantly reduced. A win for both the taxpayer and the environment!

Back to the Burbs 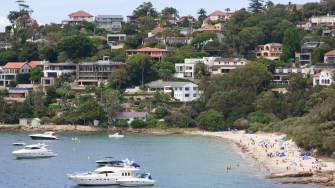 Speaking of clean air… With less congestion and easier commutes, the Stanford report suggests that “self-driving cars and shared transportation may affect where people choose to live.” It is not yet clear whether autonomous vehicles will promote more city living, or urban sprawl. But they could certainly help make up for the drawbacks of living in outer suburbs by making commuting faster and more pleasant, which is good news for those who can’t afford to live closer in.

As more people work from home, suburbs outside city centers but close to beaches, national parks and other attractions may also become more popular for the lifestyle options they can offer. 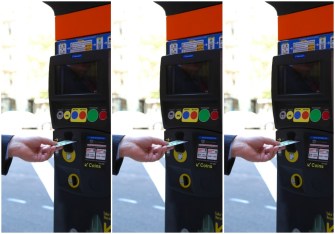 Cars are expensive, and not just as a one-off large purchase. The average monthly cost of parking in New York City is around $400/month, while car spaces sell from $45,000 to $1 million. A small dark structure with no windows is hardly the most exciting way to spend a big wad of cash. Then there’s the ongoing costs of owning and running a car, which in the US average around $9,000/year, or roughly $25/day.

Get rid of the car and the garage and there’s more money in your pocket. Or, if you choose to own a self-driving car, you can lease it out as a taxi and earn money when you’re not using it. At least if it’s a Tesla, though other companies with self-driving fleets will surely follow suit. 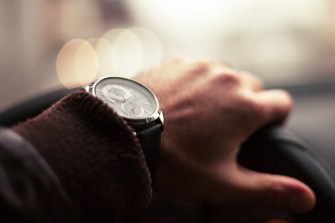 As the Stanford report points out:

“On average, a commuter in US spends twenty-five minutes driving each way. With self-driving car technology, people will have more time to work or entertain themselves during their commutes.”

The authors of the report also remark on the “increased comfort and decreased cognitive load” that self-driving cars can facilitate. Whether it’s work, meditation, or kicking back and watching Game of Thrones, you can get a lot more done when you’re not spending an hour a day piloting a fast moving vehicle. With more time for relaxation and entertainment the ‘s-word’ that plagues so many of us every day (stress!) could also be reduced.

In addition, autonomous vehicles could eliminate a lot of time currently spent on shopping and errands. As the report points out, “changes won’t be limited to cars and trucks, but are likely to include flying vehicles and personal robots.” An existing example is Amazon’s Prime Air drone delivery service, which has already made a successful trial delivery in the UK.

The software architect and entrepreneur Brad Templeton is quick to point out the implications:

“The whole nature of retailing is going to change because we’re also going to build delivery robots that never carry a person and they’re small and they’re very, very cheap.  And they can get you anything in 30 minutes, not just a pizza… [W]hat if you can get anything cheaply in 30 minutes?  What does that mean for shopping, for retailing, for how we use goods, how we own goods?  It’s going to change a lot more of our lives then people think to have cars that are smart in this way.”

No doubt. Think about it. Marry the increasingly popular pursuit of online shopping with automated factories factories, 3-D printed products on demand, and drone delivery services, and we might never have to hop into a car to buy goods again. If so, it’s conceivable that many shopping malls would also be redeveloped for new ends.

Without a doubt self-driving cars will bring about many new legal, regulatory and administrative challenges. But by most accounts they’re coming whether we like it or not. On the plus side it looks as if there’ll be some pretty cool lifestyle perks to look forward to, including more free time and a better use of coveted urban space!

Related
Thinking
Why you should laugh at yourself, according to Seneca and Nietzsche
“It is more human to laugh at life than to lament it.”
Hard Science
The violence of the Tonga eruption is a wake-up call to watch other submarine volcanoes
Out of sight, but not out of mind.
The Present
How circular economics can make us happier and less stressed
Entrenched business wisdom says that community-led economic systems are pure fantasy. Douglas Rushkoff disagrees.
The mind-bending physics of time
How the Big Bang gave us time, explained by theoretical physicist.
▸
8 min
—
with
Sean Carroll
The Learning Curve
The art of asking the right questions
The right questions are those sparked from the joy of discovery.
Up Next
The Present
Are Yellow or Blue Taxis Safer? Scientists Crunch the Data
If you want to get from A to B more safely, be a little more choosy at the cab rank.