Since time immemorial, humans have tried to halt the aging process. Various avenues have been explored. The Elixir of Life was thought to be a formula for immortality, sought by alchemists throughout the Middle Ages. In the early 16th century, a Hungarian countess took part in a macabre method. Elizabeth Báthory was said to bathe in the blood of virgins to preserve her youth and beauty, which helped inspire a young Irish author, with a thirst for vampire legends, a few centuries later. Famous explorer Ponce de León attempted a less horrifying pathway. Spring break enthusiasts and Disney fans can thank him. But he did little to halt time’s roughshod march over our biology.

Though we have added decades to the human lifespan through medical science, we have done little to reverse the process of aging itself, other than surface, cosmetic procedures. Now, billionaire engineer and biotech CEO Osman Kibar has a new root to the fountain of youth, through genetics. As a result, his San Diego-based Samumed is the most highly valued startup in the world. The company’s name comes from the Zen term samu. This means meditating through normal daily tasks, like dressing or brushing your teeth. The company is no slouch in the fundraising department. It is currently worth $6 billion, a figure is projected to double. The reason? Samumed is developing the first family of medicines to go after specific organs and systems and rejuvenate them, as if they were young, healthy tissue again.

One medication is claimed to reverse baldness and regrow hair. Another brings back color to gray or white hair. A third smoothes away wrinkles. Another drug aims at regenerating lost cartilage, thereby overcoming osteoarthritis. Others look to reverse disc degeneration in the spine, treat cancer, and remove scarring from the lungs. Further plans include ending Alzheimer’s and the most common cause of blindness, macular degeneration. Samumed’s method is to tackle one age-related illness at a time, and in this way overcome aging in total. Kibar wants to reach the point where the very cells of those of advanced age regenerate and grow as quickly as those in a developing fetus. 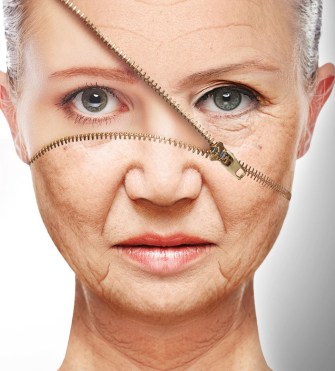 John Hood is Samumed’s chief scientific officer. Hood made a name for himself at Targegen with a groundbreaking cancer drug. Hood has a specific method he uses for developing new drugs. He believes others in the pharmaceutical industry cut too many corners. Instead of outsourcing crucial aspects such as new drug fabrication and animal testing, Hood does everything in-house.

The main focus on age-reversing medicines, no matter what aforementioned condition, is through a gene called Wnt. This controls several other genes. Wnt is an acronym which stands for “wingless integration site.” That’s because if this gene is turned off in fruit flies, they will fail to develop wings. The master gene and those it supervises are known together as the Wnt pathway. This gene controls all the processes involved in fetal development, from fruit flies all the way up to humans. By activating certain genes under Wnt’s control, a regeneration of cells begins, making old skin new again, for instance. Previously, researchers have found that certain cancers can shut off Wnt, stopping it from reining in the tumor’s growth. By overcoming the inhibition process, researchers may be able to halt a tumor’s development.

Researchers have been trying to develop drugs based on Wnt since the 1970’s. The problem is, cells become very different as time goes on from when they were first in the fetal state. Hood decided to look at the gene through the lens of colorectal cancer cells which expressed Wnt. He compared them to healthy colon cells that did not express it. After almost three years, Hood discovered something. But what he found remains a mystery, since Samumed considers it proprietary. Discoveries surrounding genes aren’t patentable, according to a 2013 Supreme Court decision. So no patent application can be scoured for clues. 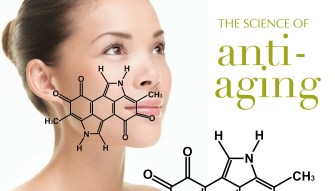 Hood and Kibar may have found the holy grail of medicine, a way to affect disease without harming healthy tissue. Though many things are still unknown, Samumed has displayed its treatment for baldness. It used mini-pigs and mice, removing their hair and then applying the treatment, to have it grow back again. Arthritis experiments have also yielded success in animal subjects. Here, scientists removed ligaments in the knees of rats, essentially destroying the cartilage there. Currently, there is no way to regrow cartilage, since blood supply does not pass through it. But one of Samumed’s medications was able to restore the missing cartilage. The rats were shown to walk normally again. Even so, animal studies do not necessarily prove these drugs will have the same effect on humans.

A human study found that Samumed’s anti-baldness drug helped prevent hair loss by 9.6%. But it did not show any significant hair regrowth. A large study on the company’s anti-arthritis drug however, did show substantial cartilage regeneration. 27 million Americans suffer from osteoarthritis today. Such a drug would change the calculus on that condition entirely. Still, the data available on these drugs remains preliminary. More studies have to be conducted to see whether or not Samumed has made significant progress to mirror its auspicious claims. If even one of these drugs is proven to work however, the others are likely to work too.

Is Risk-Taking Biological… or Social?

What led Steve Jobs to create the iPod and the iPhone? The latest brain research on risk-taking.