Imagine healing the body without drugs or surgery, each of which can have nasty side effects. Instead, a physician uses the body’s own building blocks to heal you. Instead of returning again and again, or having to take medication continually, one shot does it all. These are the promises of gene therapy.

The concept is easy to grasp. Genes control proteins that in turn control all of our body’s functions. When a faulty gene, usually due to a mutation, malfunctions and causes disease, all that would have to be done is to “knock out” or replace the faulty gene. Once the correct protein enters the system, the disease is finished. It is however the replacement process that is complicated.

One problem is exactly how to deliver a gene to a patient’s DNA. To do that, scientists create a custom virus that infects a target cell, yet flies under the immune system’s radar. By doing so, the virus leaves its own genetic material inside the cell. That cell begins to reproduce, carrying the gene with it, and spreading it throughout the body. 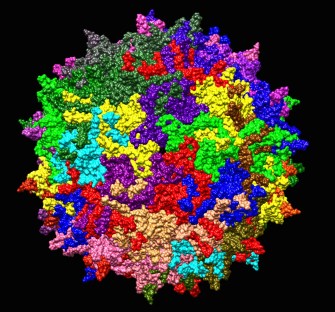 An adeno-associated virus (AAV) is used to deliver a gene to the DNA of a cell.

Gene therapies are not currently approved by the FDA. Dozens of clinical trials are ongoing, however. This cutting-edge therapy is approved to treat one particular disorder in Europe—lipoprotein lipase deficiency, where the patient cannot break down fat. Another use will soon be approved, to treat combined immune deficiency, or the “bubble boy” disease.

Other conditions it is expected to someday treat include heart disease, diabetes, some forms of cancer, muscular dystrophy, immune disorders, genetic disorders, AIDS, hemophilia, and certain blindness-causing conditions. With AIDS, gene therapy will be used in a different way. The HIV virus camouflages itself from the immune system. Gene therapy can make its presence known, allowing it to be recognized and destroyed.

The things researchers look at when evaluating a new therapy is its safety profile, how effective it is, and what a proper dosage may look like. Just like any therapy, things can go wrong. For instance, altered viruses could change back into their original form, causing infection. Sometimes the wrong cell is approached by the virus. Or the virus places the gene in the wrong place within a cell’s DNA. In this last case, healthy cells may become damaged or cause illness, even develop into a tumor. 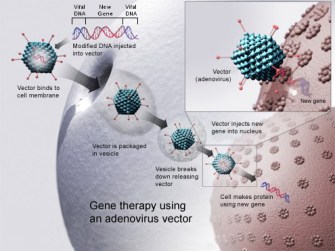 There have been stumbling blocks along the way. Keep in mind that all clinical trials are monitored by the FDA and the National Institutes of Health (NIH). Even so, gene therapy almost went bust in 1999 when a volunteer, 19-year-old Jesse Gelsinger, died during testing. The Arizona teen’s immune system reacted violently as a result of the treatment. Gene therapy lost its innocence and many young, promising scientists decided to put their efforts elsewhere, setting the field back. A year after that, during a French trial, some participants developed leukemia.

After these incidents, dozens of clinical trials ceased and funding was pulled. Researchers learned a lot from these disturbing tragedies, and put stringent safety controls in place. They have since discovered how to deliver genes using viruses in a safe and effective manner, that doesn’t set off the immune system.

Researchers have also implemented guidelines that help monitor patients and administer to side effects. A few successes then brought gene therapy back from the brink. In 2008, some blind subjects reported improvements in vision. Shortly after, in another experiment, 80% of “bubble boy” children regained immune system function. 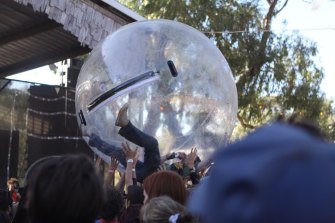 The efficacy of gene therapy today is not constant throughout, but varies from one condition to the next. A recent study using the therapy to treat muscular dystrophy saw impressive results. A 2013 study was even more dramatic, where a small clutch of patients with leukemia were cured. Other studies on hemophilia and one cause of blindness, retinitis pigmentosa, have also seen remarkable results.

There have been other trials however that have not been so encouraging. One for congestive heart failure ended in “disappointing” results, and another for Parkinson’s ended in what researchers called a “mixed bag.” One problem that must be overcome, the immune system sometimes does recognize and take out the viral messenger.

Besides its checkered past and some obstacles to overcome, gene therapy does show promise for a lot of conditions. The biggest obstacle researchers foresee, it carries a hefty price tag. It costs one million dollars per treatment for the drug already approved in Europe. U.S. prices are expected to mirror this. Luckily, gene therapy is only applied once, and the effects are meant to last.

Down the road however, when this therapy becomes commonplace, it may actually save the healthcare system, as follow-up treatments will become superfluous. Born out of the 1980’s gene therapy, for at least one condition, may reach U.S. shores as soon as 2017, as an application filed with the FDA is set to be complete this year.

The researchers and patients are excited to see if color vision will develop over time.
Up Next
Surprising Science

Radioactive crystals left behind by ancient bacteria tell us about a long-ago supernova nearby.