Generally, when a couple is trying to have a baby, the focus is put on the woman’s health. But today, more and more, fertility specialists are learning that the male’s contribution is almost as important, and male health as a consequence just as impactful. Fifteen percent of couples globally wrestle with infertility. Among these, male infertility is solely responsible for about 20-30% of cases, while it contributes to 50% of them.

Another cause for concern, male fertility in industrialized countries has been falling for the last four decades or more. This dip is occurring in both sperm quality and count. Why it’s happening is still a mystery. A more sedentary lifestyle, a growing obesity epidemic, chemicals in the environment such as aluminum or PCBs from consumer products, and many other aspects have been blamed. But so far no definitive reason has been found.

Now, a new study finds a culprit in a place we never considered: over-the-counter pain relievers and in particular, ibuprofen. This is the non-steroidal anti-inflammatory drug (NSAID) found in popular brands such as Advil, Motrin, and Bayer. The results of this study were published in the journal, the Proceedings of the National Academy of Sciences (PNAS).

A high, consistent level of the drug in the system over an extended period interfered with the production of testosterone. Though men and women both have it, in a man’s reproductive system testosterone is necessary for proper sperm production. A low testosterone level may mean a lower sperm count, leading to infertility or subfertility. 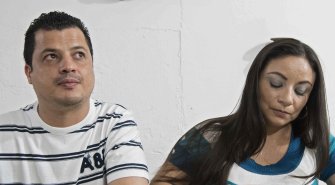 Understand that one dose to relieve a headache isn’t likely to damage a man’s fertility. Instead, the study focused on long-term use, such as taking the maximum dosage, 1,200mg daily, over the course of six weeks. In the US, the highest recommended dosage is 800mg four times a day for two weeks.

This was a combined Danish and French study. Researchers recruited 31 men ages 18 to 35, and had them randomly take either two 600 mg doses of ibuprofen per day or a placebo, over the course of six weeks. Those who took the actual drug were more likely to experience a problem in the testes known as “compensated hypogonadism.” This condition is more common in older men and affects reproductive health.

Those who took the painkiller also had 23% more luteinizing hormone (LH). The pituitary gland in the brain secretes LH in order to increase testosterone production. Yet, the testosterone level in volunteers’ bloodstreams didn’t change. So researchers say, the body tried to compensate for a loss of testosterone in the testes, by producing more LH.

Luteinizing hormone can replace testosterone but only in the short term. By examining testicular tissue in the lab provided by organ donors, researchers found that consistent ibuprofen use could curb testosterone production there. The effect was mild and it may be reversed simply through ceasing the medication. But so far, that remains to be seen. 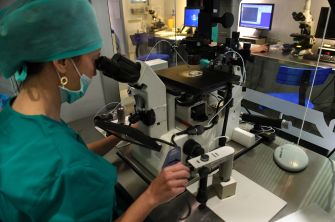 Researchers looking at testicular tissue in the lab found that long-term ibuprofen use blocked testosterone production and so affected fertility. Credit: Getty Images.

David Møbjerg was the lead author of the study. He’s an environmental health scientist at the University of Copenhagen. “Our immediate concern is for the fertility of men who use these drugs for a long time,” he told Quartz. If taken properly short-term for minor aches and pains, the NSAID is thought to be well-tolerated with few side effects. Yet, this study’s results call into question long-term use, such as for serious pain-related conditions, like arthritis.

It’s important to note that this was a small study. More and larger ones must be conducted to confirm the results. It was also a short-term one. Would the same effect occur over a longer period of time? And what about the dosage? Would a much smaller dose have the same effect?

This isn’t the first study to link ibuprofen use with fertility issues. Previous research has found that taking a high dose of ibuprofen long-term can cause such problems in women, too. One particular study discovered that ibuprofen taken during the first trimester of pregnancy can affect the testicular development of a male fetus. Outside the realm of fertility, long-term ibuprofen use can lead to bleeding in the digestive tract and a higher risk of heart attack or stroke.

Today, it isn’t recommended to take more than 1,200 mg over the course of one day, and men and women shouldn’t take the drug for more than three days consecutively, without consulting a doctor first.

The tiny swimmers appear to transmit signals that “persuade” the female body to have a baby.
High Culture

A new study find a connection between having more testosterone and not liking classical, jazz, or avant-garde music.
Leadership

Why Diversity Is More Important Than Having a Meritocracy

What Are Testosterone Boosters Actually Boosting?

The cognitive boost of taking testosterone supplements has not been substantiated — but let’s face it, most men aren’t seeking a better memory when popping testosterone pills.
Neuropsych

What the Length of Your Fingers Say About Your Personality

Your ring-to-index finger ratio can tell a lot about what you’re good at and even what mental disorders you are prone to.
Up Next
The Present

Should you invest in these 10 cryptocurrencies?