Move over, cigarettes: ramen is the new king of prison currency.

A new study for the American Sociological Associationfound that inmates are using the cheap food as currency — and the reason why is incredibly sad: “inmates are trying to figure out ways to better feed themselves as certain prison services are being defunded.”

Study author Michael Gibson-Light, a doctoral candidate at the University of Arizona, came to this conclusion by interviewing 60 male inmates at an undisclosed state prison over a year. What he learned was that prisons race to offer the best value for the cheapest price. That means major budget cuts. The first place cuts are made? Prisoner resources, particularly the food. Gibson-Light writes, “Throughout the nation, we observe prison cost-cutting and cost-shifting as well as changes in the informal economic practices of inmates. Services are cut back and many costs are passed on to inmates in an effort to respond to calls to remain both tough on crime and cost effective.”

That practice is called punitive frugality, and it means that inmates are becoming increasingly responsible for meeting their own needs behind bars. That forces them to prioritize items that can keep them healthy, and that’s where ramen comes in:

Prisoners are so unhappy with the quality and quantity of prison food that they receive that they have begun relying on ramen noodles — a cheap, durable food product — as a form of money in the underground economy. Because it is cheap, tasty, and rich in calories, ramen has become so valuable that it is used to exchange for other goods.

Ramen is used to buy all sorts of necessary items, from food and clothing to laundry and hygiene products. It’s even used as gambling chips in poker games. “A lot of [the inmates], they spend their days working and exercising and they don’t have enough energy to do these things,” Gibson-Light explains. Ramen gives them the calories they need to do what they want.

Gibson-Light isn’t the only person to discover the connection between inmates and ramen. Former inmate turned author Gustavo “Goose” Alvarez wrote a whole book about it. Titled Prison Ramen: Recipes and Stories From Behind Bars, the book illustrates the ability of ramen to lift spirits and provide hope, particularly when the food ended a riot by uniting the warring factions over a hot meal. “That’s everybody’s staple in prison,” Alvarez said in an interview. “No matter who you are, you’re cooking with ramen.” 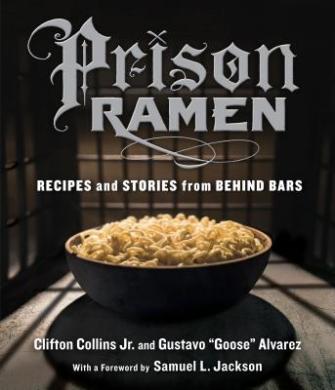 That’s a downright egalitarian ideal – and it’s the same one behind why cigarettes became currency. Cigarettes are small, durable, uniform, and plentiful, making them an ideal exchange medium for World War II POWs who needed goods but were low on cash. Federal inmates don’t have cash, either; they rely on family members to load up special prison commissary accounts for them to purchase foods and hygiene products from the prison commissary. Those accounts can only hold $300 a month. If an inmate wants or needs anything else, like laundry service, protection, alcohol, or drugs, they have to pay for them in other ways. That’s where cigarettes came in, for the same reasons as the POWs. 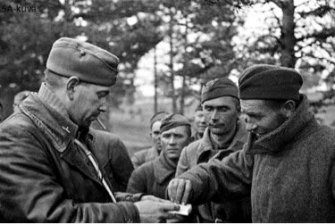 Prisoners primarily paid for goods and services with cigarettes up until 2004. The federal government banned the sale of cigarettes in prisons and stopped issuing two packs of cigarettes per week to prisoners. That ban made cigarettes too valuable to use as regular currency, but they are still incredibly lucrative in the prison economy.

Postage stamps filled in the currency gap left by cigarettes. Inmates are allowed up to three books of stamps per week and they’re relatively cheap to buy ($8.80 for 20 stamps). As Wired explains, that makes stamps a high value commodity. “[They’re a] high price-to-size ratio [and] easy to conceal. Without email access, snail mail is king.”

Another item picking up cigarettes’ slack as currency is mackerel. Yes, this mackerel:

Known as “macks,” pouches of the oily fish cost $1.40. “If you don’t open the pouch, it never spoils … which means the fish retains its close-to-a-dollar value,” Wired reports. Better yet, because it’s a food, inmates are allowed to have up to 14 a week, making it easy to accumulate. “Inmates stash macks in lockers provided by the prison and use them to buy goods, including illicit ones such as stolen food and home-brewed “prison hooch,” as well as services, such as shoeshines and cell cleaning,” reports The Wall Street Journal.

While the use of ramen, stamps, and fish as currency sheds light on the ingenuity of inmates, it also reveals the depth of their need for food and other resources. The fact that they have to create systems to get goods they need is inefficient; the fact that they have to use food to purchase food is downright criminal. Denying inmates resources for their survival does nothing to reduce crime or address the bloated American prison system. The system needs to be reformed, and the Department of Justice’s decision to shutter private prisons is a great start. But we need to do more. Here’s professor Robert Perkinson explaining why – and how:

William Shatner is going to space because Jeff Bezos loves Star Trek.
Up Next
Technology & Innovation

Nikola Tesla predicted drones, but also predicted their awesome power would unite us all. So far, the only weapon to do that was the Atomic Bomb.