If you love wine or coffee, you are in luck, say new findings from researchers at the University of Groningen in Netherlands. Drinking such beverages has been shown to lead to healthier and more diverse microbes in your gut.

“In total we found 60 dietary factors that influence diversity,” said one of the authors of the study, Dr. Alexandra Zhernakova, said in a statement. “But there is good correlation between diversity and health: Greater diversity is better.”

The name for the community of generally beneficial bacteria, fungi, and viruses that live in your gut is microbiome. Your microbiome helps you process food, regulate the immune system and has anti-inflammatory properties. Prior research has shown that these microbes (which number in the trillions) were linked to such ailments as mood disorders, obesity, irritable bowel syndrome (IBS) and others.

Zhernakova and her colleagues helped understand what a healthy microbiome should look like by analyzing stool samples of “normal” 1,135 Dutch people.

“To our knowledge, this is the first study to systematically assess such a broad range of host and environmental factors in relation to gut microbiome and at such a large scale,” said Jingyuan Fu, a systems geneticist at who worked with Zhernakova.

After analyzing the samples and comparing them to collected data in another study, scientists concluded that eating fruits, vegetables and yogurt had a positive effect on microbial diversity. The same was true of drinking wine, coffee, tea and buttermilk.  Interestingly, being on a carb-heavy diet, consuming sugary soda drinks, snacks, and whole milk led to lower levels of diversity.

While there is still much work to be done for scientists to understand how the a healthy microbiome contributes to a healthy body, Fu underscored that “It is becoming more and more clear that the gut microbiome serves as a sort of fingerprint that captures all kinds of signals about host health.”

While it is doubtful these researchers would suggest over-caffeinating and binge drinking would improve your gut’s bacteria, a moderate consumption of these beverages sounds all the more appealing. Cheers to that! 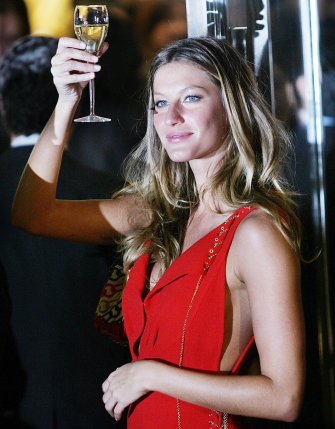 The study is available to read here.

Gain-of-function mutation research may help predict the next pandemic — or, critics argue, cause one.
Neuropsych

A new study looks at how images of coffee’s origins affect the perception of its premiumness and quality.
The Present

How your daily coffee can help tropical forests grow back

Researchers find that the coffee pulp is valuable in its own right.
Neuropsych

How a controversial study on psychic powers caused a revolution in psychology research.
Health

Tea and coffee have known health benefits, but now we know they can work together.
Up Next
Culture & Religion

Wikipedia collects its most unusual articles on a single, weirdly absorbing page.