A lot of attention has been given to the ketogenic diet recently. While positioned as an ideal means of losing weight, studies have also been conducted on its benefits for cognitive function, as well as how simply changing your diet without exercising outperforms the “standard American diet” even with exercise.

A recent study, published in the journal Sports, poses a different question: Can the ketogenic diet make you a better athlete? A team based at the School of Kinesiology at Auburn University asked 12 participants to partake in a 12-week study to measure body composition, metabolic, and performance parameters in CrossFit practitioners.

It should be noted that 12 volunteers make for a small group. When broken down—seven in the keto group, five in the control—this represents a tiny sample size. That said, asking volunteers to eat a specific way for 12 weeks can be a daunting challenge. As a pilot study, the results are informative, but a larger-scale study would have to be conducted before specific health or performance claims are made.

The researchers wanted to better understand how the ketogenic diet affects resistance training, as a previous study with mice demonstrated that a low-carbohydrate diet reduces muscle mass. The authors addressed this controversy by pointing to their own six-week study with mice, noting that a ketogenic diet does not impair muscle glycogen levels or affect muscle protein synthesis in comparison to an isocaloric Western diet (consuming the same quantity of calories from fats, proteins, and carbohydrates each day).

Previous studies with gymnasts and bodybuilders conclude that ketogenic diets do not decrease muscle mass in humans. They also cite a six-week study of non-elite CrossFit athletes showing that while fat mass reduced by an average of 2.8 kg, they did not suffer any losses of lean body mass.

For this study, seven volunteers in the ketogenic group were asked to return food logs after being given basic keto dietary guidelines. Only four complied, but given blood ketone levels measured in abstaining volunteers, researchers were confident they’d followed the diet for the duration of the study. The control group did not have to keep track of food intake. 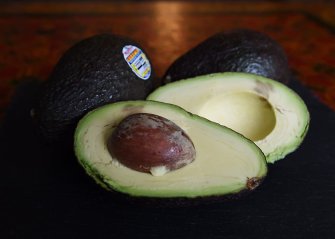 High-fat foods like avocados are staples of the ketogenic diet. (Photo by Mark Ralston/AFP/Getty Images)

Over the course of 12 weeks, the keto group completed a higher average of workouts than the control group, which could have influenced results or could have been because of the diet—oddly, no mention is made as to why different workout schedules were kept. As with the tracking of food logs, this could skew results. Still, the researchers felt comfortable proclaiming that a ketogenic diet does not reduce muscle mass even as fat is shed.

Individuals who train recreationally at a CrossFit gym while adopting a KD for 12 weeks experience a reduction in whole-body adiposity with little influence on metabolic or exercise performance measures.

As for performance, not much changed. While both groups did not experience decreased performance results, the keto group did not outperform the control group in terms of strength or cardiovascular gains. They note that a keto diet did not adversely affect anaerobic performance.

In terms of overall performance, the researchers agree that many dietary avenues can be considered healthy and lead to optimal athleticism. They instead put the diet’s importance on weight loss and/or body composition results, suggesting that on those grounds the keto diet should be considered.

We contend that the human body is capable of adapting to several different diets during periods of exercise training, and performance may not be compromised so long as caloric needs are met. Notwithstanding, given that KD-induced anaerobic and aerobic performance improvements were not evident herein or in other published reports, we contend that practitioners should explore implementing this diet when body composition improvements are sought rather than performance benefits.

Related
Starts With A Bang
Ask Ethan: What are white holes, and do they really exist?
In General Relativity, white holes are just as mathematically plausible as black holes. Black holes are real; what about white holes?
Life
Strange life forms create an “alien” ecosystem in an abandoned uranium mine
Slimy biofilms made up of bacterial and eukaryotic life forms have taken over an abandoned, flooded uranium mine in Germany.
Hard Science
Earth has an eerie “sodium glow,” and astronomers use it to image stars
Air currents in our atmosphere limit the resolving power of giant telescopes, but computers and artificial stars can sharpen the blur.
Health
How saliva changes the flavor of food
“It’s a liquid, but it’s not just a liquid.”
High Culture
Why are flood myths so common in stories from ancient cultures around the world?
Could the prevalence of flood myths around the world tell us something about early human migration or even the way our brains work?
Up Next
Mind & Brain
Study: Even just a little light in your bedroom at night can heighten depression
Put down that cell phone before bed. Sleeping with even a little bit of light in your bedroom at night can heighten depression.