Doctors at Johns Hopkins Hospital have completed the most complex penis transplant to date, marking the third-ever successful operation of its kind.

The recipient, who chose to remain anonymous in a NYTimes article, lost both legs above the knee and had his genitals–penis, scrotum, and testes–blown off after a roadside bomb detonated during a tour of duty in Afghanistan. He stayed conscious after the explosion, but knew he was slipping into shock. His next memory was waking up in a U.S. hospital where a military doctor told him his injuries were permanent and irreparable.

“That was crushing, but when he walked away I thought, he hasn’t been a doctor long enough, he doesn’t know what he’s talking about,” the patient told the NYTimes. “You got all this technology, how can you tell me this is permanent? There’s got to be something.”

He later learned about the possibility of a penis transplant, a relatively new procedure that doctors in the U.S. have been practicing for on cadavers for years. It’s reserved for the most severe injuries because of difficulties in finding matching donors and the risks involved.

The recent procedure, which John Hopkins is paying for at an estimated cost of $300,000 to $400,000, transplanted a single piece of tissue that measured 10 inches by 11 inches and weighed about five pounds. The transplant included a scrotum, but not the testes because that could possibly enable the patient to one day have children that would genetically belong to the deceased donor. Nerves are expected to grow from the patient into the transplant at a rate of about an inch a month, which will hopefully allow him to urinate while standing up and have sex. 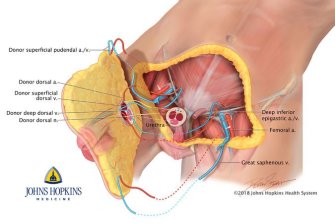 “We’re hopeful we can restore sexual function in terms of spontaneous erection and orgasm,” Dr. W.P. Andrew Lee, the chairman of plastic and reconstructive surgery at Johns Hopkins, told the NYTimes.

Lee said the goal of these types of procedures is “to restore a person’s sense of identity and manhood.”

The prospect of not ever being able to be in a relationship weighed on the Johns Hopkins patient after his injury.

“That injury, I felt like it banished me from a relationship,” the patient said in an interview with the NYTimes. “Like, that’s it, you’re done, you’re by yourself for the rest of your life. I struggled with even viewing myself as a man for a long time.”

He recalled conversations he had had with his military friends about what they would do if injured.

“There were times you’d be hanging out and guys would be talking about getting hurt, and that’s one of the first things when they get blown up, to check down there, and they would say things like, ‘If I lost mine I’d just kill myself,’” he said. “And I’m sitting there. They didn’t know, and I know they didn’t mean any offense, but it kind of hits you in the gut.”

But after finding a matching donor and passing an extensive physical and psychological screening process, the patient decided to move forward with the transplant. It’s been about four weeks since the surgery and things are going well.

“I feel whole again,” the patient told the NYTimes.

It’s unclear how many other veterans would be eligible for a penis transplant if the procedure becomes more accessible and affordable.

According to a report published last year, 1,367 men in the U.S. military suffered genital injuries in Iraq or Afghanistan from 2001 to 2013. About one third of those injuries were severe, but most were considered repairable. However, several cases involved a complete loss of the penis.

“It’s a real mind-boggling injury to suffer, it is not an easy one to accept,” the patient said in a statement released by the university. “When I first woke up, I felt finally more normal… a level of confidence as well. Confidence… like finally I’m okay now.”

Related
Life
Scientists use CRISPR to insert an alligator gene into a catfish
Disease kills off 40% of farmed catfish. This gene protects them.
Neuropsych
How you breathe affects your brain
Your breathing rhythm influences a wide range of behaviors, cognition, and emotion.
Health
What happens when regular porn watchers abstain for a week?
Researchers watched for signs of withdrawal — but didn’t find any.
Neuropsych
Daily caffeine intake temporarily alters your brain structure
Compared to people who took a placebo, the brains of those who took caffeine pills had a temporarily smaller gray matter volume.
Thinking
Why you should laugh at yourself, according to Seneca and Nietzsche
“It is more human to laugh at life than to lament it.”
Up Next
Culture & Religion
Is Atheism a cult?
Atheism has been called many things over the years. Is it a cult, and what is a cult anyway?