What a strange map. How can I store it and collect more? That’s how the Strange Maps blog got started back in 2006. Replace ‘strange’ with ‘terrible’, and you’ve got the idea behind Terrible Maps, a Twitter account that has been spewing awful, pointless, stupid maps since 2016.

Luckily, most are also quite funny – at least a chuckle, sometimes a snort – and not a few actually offer an insight worth contemplating. Here are our ten favorites. Click on the link below for the Twitter account. 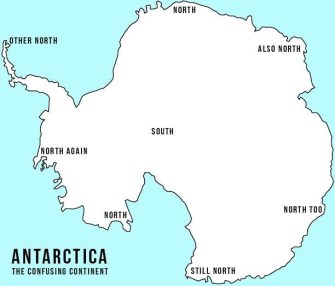 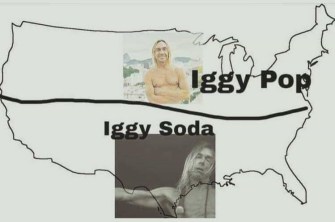 Iggy Pop is a mercurial character. To some, he’s The Passenger, a rock ‘n roll legend; to others, he’s a car insurance salesman. This map grafts his persona on the map of the US that shows the border between people who call a carbonated drink ‘pop’, and those for whom that’s a ‘soda’. (see also #308) 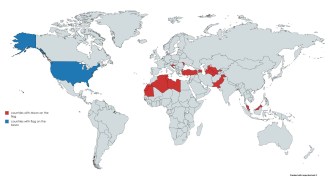 Moon on Flag and Flag on Moon

The Moon is frequently used in Islamic iconography: on top of mosques, and on the flags of several majority-Muslim nations, but also Croatia and Moldova (in red on this map). But while 13 countries have the moon on their flag, there is just one country with its flag on the moon. That’s right: USA! USA! 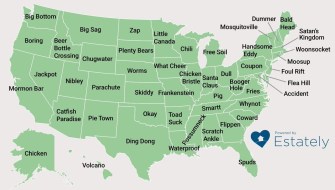 Most people with have heard of Boring, Oregon. Here are some of America’s other odd town names – one per state – that you might not have been aware of. Jackpot, NV and Okay, OK: yes, we see how those names came about. But Ding Dong, TX? Chugwater, WY? Booger Hole, WV? 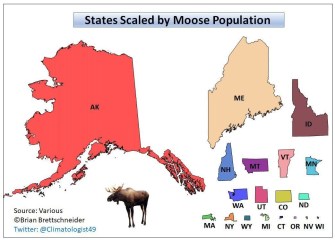 Alaska is the biggest state in the U.S. But why is Maine second, Idaho third? The animal at the bottom is the key, and the legend of the map: each state is sized for their moose population. Even Nevada has a few. 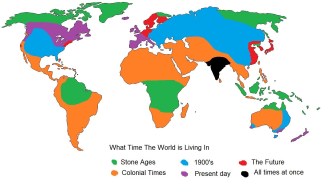 Ages of the world

This map is a compound of the situation on the ground, and the prejudices of the mapmaker. Much of Africa, South America and the Arctic is living in the Stone Age. The interior of Australia, the north of Africa and elsewhere: colonial times. Russia, most of the US and China: the 1900s. The UK, the inhabited parts of Canada, Southern Europe, New Zealand: the present. Germany, Scandinavia, Japan, northeastern US, coastal China: the future. If you want to experience all at once: go to India. 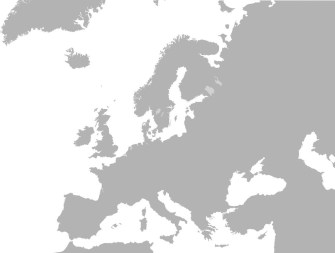 Take any outline map and think of a legend that doesn’t require you to alter it. Like this map of Roman Air Force bases in the second century AD. Also in this series: Electricity consumption in Europe in 1507. Countries arranged by geographical location. Knowledge of Cherokee in the EU. Popes per square mile. Alcoholism in Russia. Map of Earth if there was no land (i.e. blank). Saudi Arabia mapped only by its rivers (also blank). Map of Europe showing population per capita (a ‘1’ in each country).

Bill Gates is rich. Very rich. How rich? Richer than each of the countries on this map that have his grinning face superimposed on them. 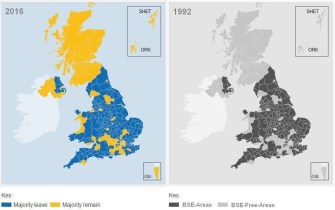 Left, in blue: UK areas that voted for Brexit in the 2016 referendum. Right, in dark grey: areas affected by bovine spongiform encephalopathy (BSE, a.k.a. ‘Mad Cow Disease’) during the 1992 outbreak. The correspondence between both maps is perfect. The message: the people who voted for Brexit were crazy, suffering from residual BSE. But the perfect correspondence is not that surprising: the second map is a black and white version of the first, with a different date slapped on. Point made. Fake data. Terrible map! 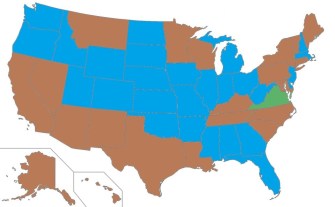 A large, contiguous part of the US is ruled by blue-eyed governors: from Washington state all the way down to Florida. There are two blue-eyed islands in the northeast (Delaware-New Jersey and Massachusetts-New Hampshire). Virginia is the only state with a green-eyed governor. All the other states are ruled by brown-eyed top executives. Mind you, this map predates the mid-terms. Someone update this one, please!

Browsing through the Terrible Maps account, a few overlaps with Strange Maps jump out, including this map of potential EU leaving names, this world map of the metric system, and this map of the shortest route between all pubs in the UK. Are they terribly strange or just strangely terrible?

Research shows that those who spend more time speaking tend to emerge as the leaders of groups, regardless of their intelligence.
Strange Maps

A global survey shows the majority of countries favor Android over iPhone.
Up Next
Thinking

An end to suffering: 10 quotes on Buddhist philosophy

It’s not what you have, it’s what you do with it.