What is your favourite name for a carbonated beverage? 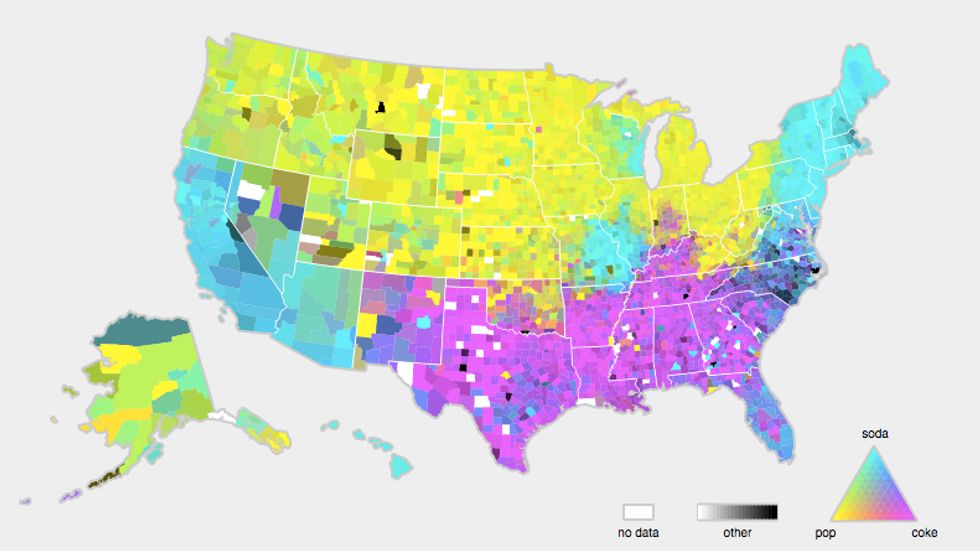 When on a hot summer’s day you buy a carbonated beverage to quench your thirst, how do you order it? Do you ask for a soda, a pop or something else? That question lay at the basis of an article in the Journal of English Linguistics (Soda or Pop?, #24, 1996) and of a map, showing the regional variation in American English of the names given to that type of drink.

The article was written by Luanne von Schneidemesser, PhD in German linguistics and philology from the University of Wisconsin-Madison and senior editor of the Dictionary of American Regional English.  And although there might be weightier issues in life (or even in linguistics) than the preferred terminology for a can of soft drink, there’s nothing trivial about this part of the beverage industry.

“According to an article last year in the Isthmus, Madison’s weekly newspaper, Americans drink so much of the carbonated beverages sold under such brand names as Coca-Cola, Pepsi, Sprite, Mountain Dew, and 7-Up that consumption averages 43 gallons per year for every man, woman, and child in the United States,” Von Schneidemesser begins her article. “The Statistical Abstract of the United States (1994) confirms this: 44.1 gallons per person in 1992, compared to the next most consumed beverages: beer (32.7 gallons), coffee (27.8 gallons), and milk (25.3 gallons).”

It must be that ubiquity of soft drinks that has made this pop vs soda map the single-most submitted map to this blog, sent in by over 100 contributors. The map details the areas where certain usages predominate.

This map was found at the popvssoda website, dedicated to gathering info on the usage of pop, soda, coke and other variant terms throughout the US.