Land and sea are both shaded dark, so it’s a bit hard at first to make out that this collection of merrily blinking lights is actually a map. Once the coastal contours pop, though, all becomes clear: these are lighthouses!

At night, the Eastern Mediterranean is awash with lighthouse signals.Credit: Geodienst – Lights at Sea

The Age of Big Data

The map not only shows where they are, but how they are: static or blinking in various colors with the size of the circles corresponding to the range of their lights.

Up until the 20th century, a map of lighthouses would have been a subdued affair: just a string of dots strung along lines of coast. But this is the 21st century! We’re in the Age of Big Data, ruled by the clever boffins who know how to stitch one dataset to another. Zap it with electricity and presto: it’s alive!

That’s what the folks did over at Geodienst, the spatial expertise center of the University of Groningen (Netherlands). Back in 2018, student/assistant Jelmer van der Linde (currently with the University of Edinburgh) came across OpenSeaMap, an open-source resource for nautical information similar to its more famous landlubber cousin, OpenStreetMap.

OpenSeaMap contained a database with detailed information on nautical beacons and lighthouses, which included not just their location, but also the frequency, range, and even the color of their signals. Would it be possible to visualize all those data points on a map? Yes, it would!

Norway’s craggy coastline requires lots of light. Not that much blinking going on, though.Credit: Geodienst – Lights at Sea

The result is this riot of a map. It’s important that ships don’t mistake one lighthouse for another. That’s why they come in various colors and their lights flicker with a distinct frequency. Norway in particular is lit up with beacons and lighthouses, as its fjord-indented coast warrants. And the rest of Europe is well provided with nautical warning lights.

However, while the map is reminiscent of other global traffic trackers for flights (like Flightradar24 or FlightAware) or shipping (such as VesselFinder or MarineTraffic), it is neither live nor global. The flickering lights aren’t a real-time report; they merely repeat the code in the original database. And that database is incomplete.

Zoom out, and the map gets a bit too dark. According to the Lighthouse Directory, there are at least 23,000 lighthouses in the world. And even though the United States has more lighthouses than any other nation – 700 by some counts – the map only shows a handful of lights in North America.

Like its parent, the lighthouse map is open source too, so if anyone out there is capable of filling in the gaps, they can. Lighthouse enthusiasts, get to it!

Not one yet yourself? Below are 10 lighthouse facts to help you come over to the light side.

Now you see them, now you don’t.Credit: Geodienst – Lights at Sea

Trapped in a giant phallus and other true facts about lighthouses 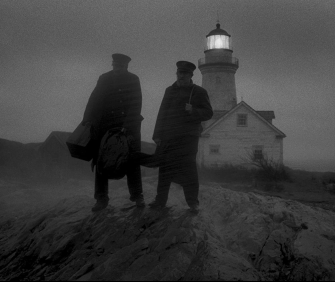 Robert Pattinson (left) and Willem Dafoe in The Lighthouse.Credit: © 2019 A24 Films, via IMDB

Many thanks to Toon Wassenberg for sending in this map. Got a strange map? Let me know at [email protected].

In Louisiana, high school starts at 7:30 am. Research shows that is at least an hour too early.
Up Next
Digital Fluency

What skills will set you apart in the age of automation?

Automation technologies manufacture goods or provide labor with minimal human intervention. They can trace their origins as far back as the 16th century—and arguably further—but didn’t take off until the […]