How Do You Say 'Plastic Bag' in French?

Depending on where you do your shopping, it could be a sac, a pochon or even a nylon. 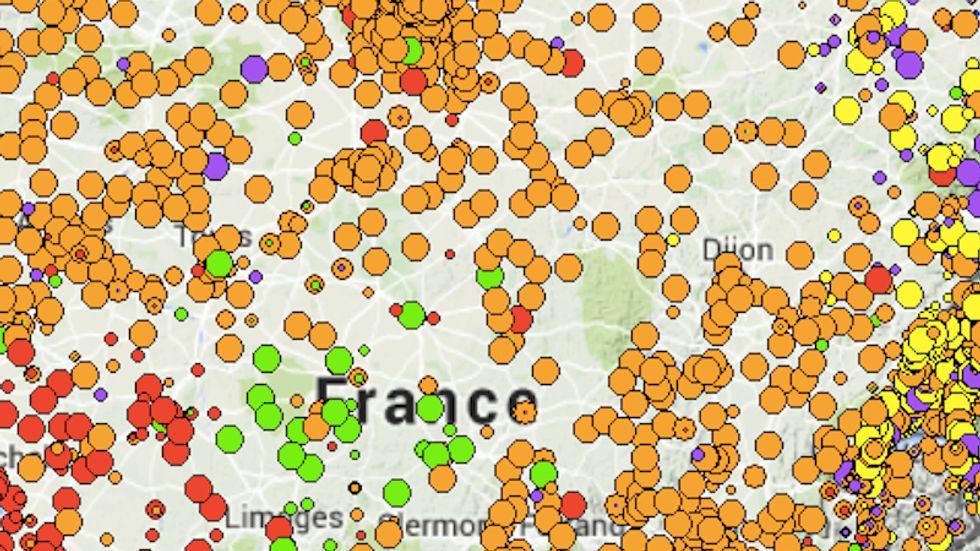 Maps don't have to be relevant to be fascinating. This one couldn't be more trivial. But we can't take our eyes off it. It's an isogloss map of what French-speakers call a plastic bag.

Isogloss? From the Greek: iso, as in 'the same', gloss as in 'speech'. Using lines or dots, isogloss maps are popular tools for showing the distribution of dialects, word variants and other linguistic differences (1).

Plastic bag? One thing is for sure: no self-respecting Francophone will call that most mundane, multitudinous and milieu-destroying of utensils le plastic bag. And definitely not la plastic bag.

As your dictionary will tell you, the most conventional translation for 'plastic bag' is le sac plastique, for short: le sac. That should solve all your plastic bag-related needs throughout the French-speaking world.

However, should you want to dazzle the checkout lad or lady at your local supermarché, this map is a handy guide to the vernacular variations on the plastic bag paradigm.

The map covers the French-speaking part of Europe: France proper, and the Francophone parts of Switzerland and Belgium. However, quite a few dots cross over the language border in those two countries – and hop across la Manche to Her Majesty's Channel Islands. Keep your tongues where I can see 'em, French cultural imperialists!

By far the most popular word for plastic bag is sac, which is used almost to the exclusion of any other term in Paris, Brussels, Lyon and other urban areas. Very popular on the Channel coast, in Belgium and in Burgundy, and throughout the length and breadth of the Francophonie.

In the southwest: not so much. This is poche territory, which in the north and northeast extends into pockets of pochon, a diminutive of the former.

The Swiss prefer putting their groceries in a cornet, a preference that extends north through Lorraine, all the way to the Luxembourg border. The Alsaciens, however, prefer a sachet, as do quite a few Belgians.

The smallest preference, in the south of Alsace, is for le nylon. Did they ever make shopping bags out of nylon in and around Mulhouse? Or do they carry home their stuff in stockings?

Next time we're at a dinner party in southern Alsace, we'll know how to get the conversation started: Pourquoi votre sac est-il un nylon?

Map found here at Français de nos régions, via this page of Maps on the Web and as seen on the addictive Twitter feed of OnlMaps.

(1) See also #500 (four different ways of saying “quarter past ten” in German), #606 (what to call a cucumber throughout Europe) and #585 (where a pain au chocolat is called a chocolatine, and what that might have to do with Islam).