There are a lot of healthy breakfast options one would think would help protect the brain. Oatmeal, egg whites, yogurt, or a fruit salad come to mind. And they are all dull. The last thing we think about when pouring real maple syrup over a short stack is our brain health. But according to a study presented at the American Chemical Society’s annual meeting, that is the case, so pour away.

It sounds like a fun way to prevent the disorder. Even so, there is a lot at stake. Every 67 seconds someone in the U.S. is diagnosed with Alzheimer’s. Over five million Americans are living with the condition right now. That is expected to skyrocket to 13.8 million by 2050. Today, Alzheimer’s costs the healthcare system $226 billion annually. Some health officials are warning that this enormous increase in cases could bankrupt Medicare if no serious alternations are made.

Alzheimer’s occurs when two proteins, beta amyloid plaque and tau peptide tangles, begin to form in the brain. The plaque builds up between neurons, while the tangles clump together. They come together forming globs that interfere with normal neuron function. The brain cells shut down. This causes inflammation which triggers the immune system to come in and eliminate the damaged cells. The two proteins build up and slowly march throughout the brain, hollowing the organ out in their wake. They first aim to take over the limbic system, responsible for our emotions, memory, and behavior.

It usually starts in the hippocampus. This is a seahorse-shaped area responsible for visual and verbal memory. Next comes the amygdala which regulates and expresses emotions. That is followed by the parietal lobes who control sequential tasks like cooking and dressing, and the frontal lobes responsible for social interaction and planning. As these proteins take over more and more territory, the organ begins to shrink. But the study presented at the Chemical Society found that real maple syrup extract prevented these proteins from clumping and tangling, thereby protecting neurons. 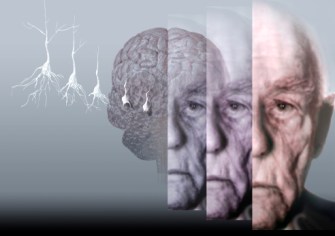 Currently, there is no way of knowing who will get Alzheimer’s, though it seems to run in families. There is no cure, but certain drugs can slow its progress. There are also preventative measures one can take. Regular exercise can cut your risk in half. Now diet is being seen as increasingly important.

At the Chemical Society’s meeting, Dr. Donald Weaver presented the findings about maple syrup. He hails from the University of Toronto. Its extract helped protect the microglial brain cells of mice. It also extended the life of a roundworm model with Alzheimer’s. These neuroprotective qualities were found to extend a subject’s lifespan.

25 studies were presented at the meeting in total, highlighting several neuroprotective foods including blueberries, pomegranates, curcumin, green tea, and even red wine. Real maple syrup was found to have a compound similar to resveratrol in red wine. That’s according to Dr. Navindra P.  Seeram, the organizer of the event. 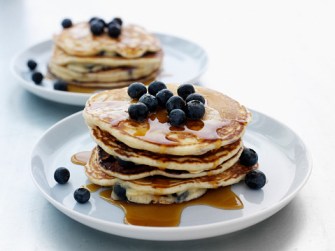 The President of the Quebec Federation of Maple Syrup Producers Serge Beaulieu also spoke. He mentioned that the sugary sap contains “100 bioactive compounds,” some of which have been found to have anti-inflammatory properties. Phenolic compounds in maple syrup may be the reason the sap is so healthful. These are antioxidants known to clear the body of free radicals. Dr. Weaver said he “would not recommend chugging maple syrup just yet.” More studies have to be conducted to corroborate these results.

Researchers have to see if future experiments where subjects actually digest the extract mirror these test tube experiments. If they do, the following step would be testing on humans. Though there are no guarantees, the preliminary results look promising. So the next time someone tells you to go easy on the maple syrup, you can shut them down with the facts. You’re not a glutton. You’re protecting your brain.

For more on the intersection of food and Alzheimer’s watch:

Climate Scientists Warn of Superstorms in the next Few Decades

Climate scientists warn the effects of global warming will cause storms to become more violent and sea levels to rise, and researchers predicts this will happen in the next 50 years.