Belgium and its provinces have had roughly the same shape since independence in 1830. It’s taken those 184 years to make a shocking discovery: hidden inside Belgium is another Belgium. For the borders of the province of Liège are an eerie copy of the entire country’s international borders. And what’s really weird: such liminal echoing is not without precedent.

As in a number of other European countries, yesterday was election day in Belgium. Which is a high holiday for any map fan: the media churns out a steady diet of electoral cartography, in a wide range of colour schemes, showing historical results, exit polls, predictions and comparisons. Delicious!

Roel Damiaans, journalist for Belgian daily Het Belang van Limburg, certainly saw his share of maps, and then some. Perhaps with the lucidity that comes from (map) fatigue, he then he noticed what he thought was an error in the paper: the logo said Liège, but the map seemed to show Belgium. Misprints happen, especially in the hurly-burly of an election issue, but this was no error. Nor was Damiaans entirely wrong: observed from a distance, or sufficiently small in size, a map of the province of Liège does look strangely similar to one of Belgium.

Belgium has a peculiar, animate shape: its coastal area the west-facing head of a hunch-backed body that has its rump firmly directed towards Germany in the east, with knees and hands placed on either side of that French pene-enclave at Chooz, the ensemble suggesting a curious fellow leaning over a fence to spy what’s going on next door. 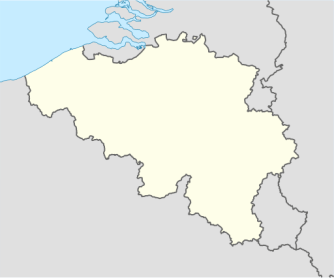 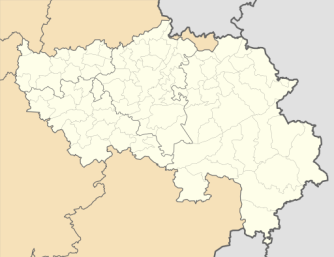 A senseless, grotesque familiarity: the kingdom of Belgium (top) and the province of Liège (bottom).

Liège repeats almost all of those distinguishing features, and a few others. The Dutch exclave of Zeelandic Flanders, stuck on the east bank of the Scheldt River, is mimicked by Voeren/Fourons, the Flemish exclave wedged in between Liège and the Dutch border.

The abrupt southward bend of the Belgian-Dutch border (allowing for the Dutch protrusion towards Liège), followed by an equally abrupt eastward bend and then the gradual slope southwards of the border is copied on provincial level in the southern part of the Liège’s border with Germany.

France’s X-rated penetration of Belgium is glossed over by a similar but more family-friendly interaction of the borders of Liège and Luxembourg provinces. The rest of the border is a bit more difficult to match, but with some effort, you can catch a glimpse of the lion cub’s face (northern Hainaut province) near the Liège-Luxembourg-Namur tripoint. The straightness of the coastal strip, finally is echoed by Liège’s relatively smooth northwestern border, which coincides with Belgium’s language border. 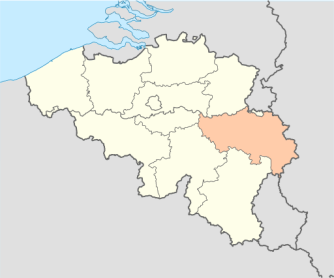 The position of Liège in Belgium.

Why was this similarity discovered only now? Two possible reasons.

Firstly, because there is no sense in the similarity, beyond its obvious existence. There is no valid geopolitical reason, no plausible geographic explanation for the similarity. And yet there it is. But what is it doing there? Ehrm, nothing.

Secondly, because the resemblance is not merely familiar, it is also grotesque. Countries have a completely random, yet very familiar cartographic persona. This is less the case for lower-level administrative units. Confronting two similar images from either category will immediately, instinctively lead us to conclude that the less familiar one is a horribly disfigured version of the first one.

Or perhaps, as the phenomenon is known to science, a vanishing twin, partially reabsorbed by the surviving sibling.

Curiously, this case is not unique. Some time ago, this blog reported on the discovery of a Nebraska-shaped field in Nebraska (see #426). Do you know of any other examples of liminal echoing? Drop us a line at strangemaps@gmail.com.

Many thanks to Mr. Damiaans for signaling the eerie similarity.

Blank map of Liege by Shadowxfox (Own work); blank map of Belgium and of Liege in Belgium both by NordNordWest. All maps via Wikimedia Commons.

It’s the “intersection of burnout, imposter syndrome, and anxiety.”
Up Next
Culture & Religion

Can’t Remember All Your Complicated Passwords? Try These Tricks Instead.

Clever strategies for accessing accounts without depending on multiple long-winded passwords.