Two men formerly close to President Donald Trump are now facing prison in a development that could prove consequential for Trump’s longevity in office and the U.S. political system in general. 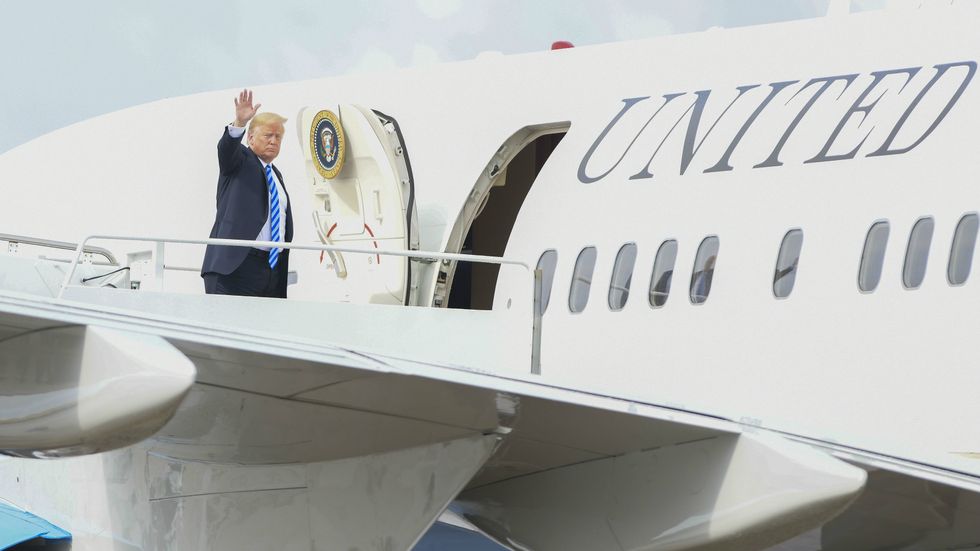 Two men formerly close to President Donald Trump are now facing prison in a development that could prove consequential for Trump’s longevity in office and the U.S. political system in general.

The most damning development for the president on Tuesday came when Cohen effectively told the court he worked “in coordination” with Trump to make hush-money payments to Stormy Daniels and Karen McDougal during the 2016 presidential campaign. What’s more, Cohen said he made one of these payments “in coordination with, and at the direction of a candidate for federal office,” which is almost certainly a reference to Trump.

“The words ‘coördination with’ and ‘at the direction of’ will haunt the Trump Presidency,” The New Yorker’s Jeffrey Toobin said after the hearing. “Cohen directly implicated Trump as a co-conspirator in a felony.” Strikingly, Cohen, a man who once said he’d take a bullet for Trump, wasn’t required to implicate the president in order to plead guilty.

Trump might now be an “unindicted co-conspirator” in federal crimes, but it’s still unclear whether—or when—he’ll be prosecuted.

The Justice Department has long held the legal view that a sitting U.S. president is immune from routine criminal prosecution, which “would unconstitutionally undermine the capacity of the executive branch to perform its constitutionally assigned functions.” Special counsel Robert Mueller has said he’d honor this policy.

There’s also a problem concerning the hierarchy of executive power: As the leader of the executive branch, the president could simply fire any U.S. attorney or independent counsel who chooses to pursue him.

“If they did seek an indictment against the president, the president would almost certainly appeal right away,” Brian Kalt, a law professor at Michigan State University, told Vox in 2017. “Immunity arguments get reviewed right away, since the point of immunity is that you can’t be prosecuted—letting the trial go forward would moot the issue. It would go all the way up to the Supreme Court in short order, but that could delay things for a few months at least.”

In other words, there’s a chance the Supreme Court could, for the first time, rule on the constitutionality of bringing criminal charges against a sitting U.S. president. But what’s also possible, and perhaps more likely, is that Congress will decide what consequences—if any—the president should face after the recent revelations.

Congress could move to impeach the president, but that’s unlikely to occur as long as Republicans remain in power.

“I’m assuming he’s not going to be indicted because he’s a sitting president,” Sol Wisenberg, who conducted grand jury questioning of President Bill Clinton during the Whitewater investigation, told the Chicago Tribune. “But it leads him closer to ultimate impeachment proceedings, particularly if the Democrats take back the House.”

If Trump is impeached, or if he resigns from office like former President Richard Nixon did in 1974, he could immediately become subject to routine criminal prosecution.

Congress also has another option: It could revive the independent counsel statute, passed after Watergate, that allows for the appointment of a special prosecutor who could bring charges against the president, and who, unlike other federal prosecutors, could only be fired by executive leaders “for cause.”

Still, some argue the president would still be within his rights to fire such a special prosecutor. It’s also unlikely Congress is willing to revive the statute at this point in time.

In any case, Tuesday’s revelations are bound to have political consequences, if not legal ones, for Trump and his allies.

“You now have the president effectively being an unindicted co-conspirator in a crime, and it seems highly likely that that then becomes a serious political, if not a direct legal threat to the president,” Joseph Kahn, managing editor of The New York Times, told The Daily podcast. “So this is a historic shift in the nature of the threat that we’ve been hearing about, writing about, talking about for so many months.”