Facebook has announced that it removed 652 pages, groups, and accounts created by operatives in Iran and Russia that were designed to foment mistrust and false narratives during the upcoming election cycle here in the United States and in other parts of the world.

Of course, it’s very much aware of the use of similar activities during the 2016 U.S. election to influence and possibly change the outcomes, as well as the Brexit vote. The accounts and pages display what Facebook refers to as “coordinated inauthentic behavior.”

The targets? People in the Middle East, Latin America, the United Kingdom, and the U.S.

“These were distinct campaigns and we have not identified any link or coordination between them,” the company said. “However, they used similar tactics by creating networks of accounts to mislead others about who they were and what they were doing.”

Coming directly on the heels of Facebook removing 32 accounts and pages directly related to the U.S. 2018 elections, it’s a nod to the company’s efforts to change things before November. 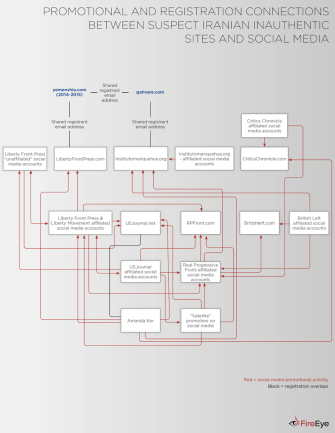 In a phone call after the blog post about the 652 page and account removals, Zuckerberg indicated that it is as important to deepen relationships with governments, law enforcement officials, and even other countries in order to exchange information as it is for the company to develop its own tools for weeding out problematic content.

“We think that there’s a lot of good work happening on both of those fronts,” Zuckerberg said. “This is a top priority for our company.”

126 million people saw the content that was published in the 2016 election cycle generated by similar fake accounts in an effort to both generate incendiary comments and division around social and political issues, as well as organizing actual demonstrations and real-world events about issues that, in reality, did not exist.

The pages aren’t simply on Facebook, however; largely sponsored by an organization named Liberty Front Press, the misinformation came from web pages, Twitter accounts, and paid-for ads on Instagram. For its part, Twitter pretty quickly also removed accounts from the same set of political operatives of Iran and Russia.

Working with our industry peers today, we have suspended 284 accounts from Twitter for engaging in coordinated manipulation. Based on our existing analysis, it appears many of these accounts originated from Iran.

People naturally judge fact from fiction in offline social settings, so why is it so hard online?
Up Next
Culture & Religion

Moral communities in an immoral culture: Why rural America feels left behind.

What causes the urban-rural cultural divide? According to this author, its how we view our communities.