A new paper explores why women gossip about each other, and identifies some key factors that influence how women choose gossiping targets. 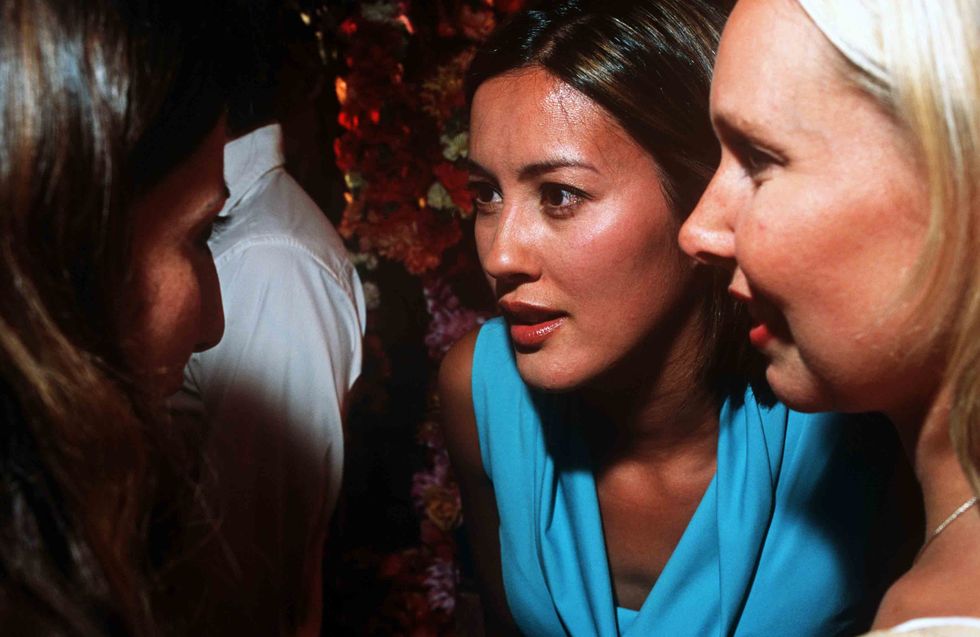 What purpose does gossip serve among women?

According to a new paper in the Journal of Experimental Social Psychology, gossip can serve as a weapon that women use against each other in strategic competition over men. The broad finding in the paper was that women are more likely to gossip–as in share reputation-damaging information or withhold positive information–about women whom they perceive to be a threat, directly or indirectly, to their own romantic success.

That might explain in part why middle schools are often incredibly cruel social environment for young girls, as a couple of personal excerpts from the paper suggest:

“When I was in junior high, there was this new girl that a bunch of guys liked. Two girls in the grade went around with a petition they made all the boys sign that said ‘I will never go out with the Megawhore.’” – Hope The researchers conducted five studies to examine the factors that influence whether a woman chooses to harm another woman’s reputation.

The first four studies asked female participants to complete an online survey. In the first study, participants were presented with a photo of an attractive woman and were asked to imagine that she had just joined their social group.

Half of the participants were asked to take the hypothetical situation a step further by imagining that the attractive woman had been flirting with their boyfriends.

Participants were then given positive and negative personal information about the attractive woman, like “she sleeps around a lot” or “she donates to charity.” Then, the participants were asked to rate how likely they were to share each piece of information.

The results showed women were more likely to share negative information and withhold positive information in the hypothetical scenarios where the attractive woman had been flirting with their boyfriend. The results of the other surveys showed similar findings: participants were more likely to gossip about a woman when she was attractive or wore revealing clothing. In other words, the women, particularly those who measured as being highly competitive, gossiped when they perceived another woman to be a romantic threat. Interestingly, whether a participant happened to like explicitly like a woman seemed not to affect the probability that she would gossip about her.

Unlike the first four studies, the fifth used face-to-face interactions instead of online surveys. The researchers wanted to test whether the level of sexual openness–demonstrated by wearing either sexy or conservative clothing–affected participants’ willingness to gossip about an attractive woman they interacted with in person.

They recruited 104 women for a laboratory study described as one about “how people work together in groups.” Each participant was joined by two other female “participants.” However, both of these women were actually “confederates” of the study.

One confederate was named Francesca. Each participant was instructed to work with Francesca on a puzzle while the third woman worked in another room. While working on the puzzle, Francesca would confess to each participant that she was hungover and had had sex with two men the previous night.

Consistent with the findings from the other studies, the researchers found that participants were more likely to share reputation-damaging information about Francesca when she wore a revealing outfit rather than a conservative one. In other words, women gossiped about Francesca when they perceived her to be an indirect romantic threat, considering that men to tend to be attracted to sexual openness as displayed through provocative clothing.

However, some women framed their gossip about Francesca in altruistic terms, saying things like “I’m worried about her.” It’s not clear whether these instances represented true concerns or attempts to make themselves appear not quite as gossipy.

The researchers suggested that in order to mitigate the suffering of girls like Hope and Jenny, we first need to understand the motivations behind gossiping.

“The theory and data presented here suggest that Hope and Jenny's bullies likely viewed their targets as threatening romantic rivals,” the paper concludes. “The pattern of these behaviors was not random, but straightforwardly followed a romantic competition framework. To the extent that reputation manipulation reflects a viable means for women to compete for romantic and social partners, then strategic reputation denigration should be pervasive. Shining a spotlight on this form of aggression is the first step towards reducing it.”