About 3 million tweets from Russian trolls have been published in an effort to illuminate how foreign agents have been disrupting political discourse in the U.S. 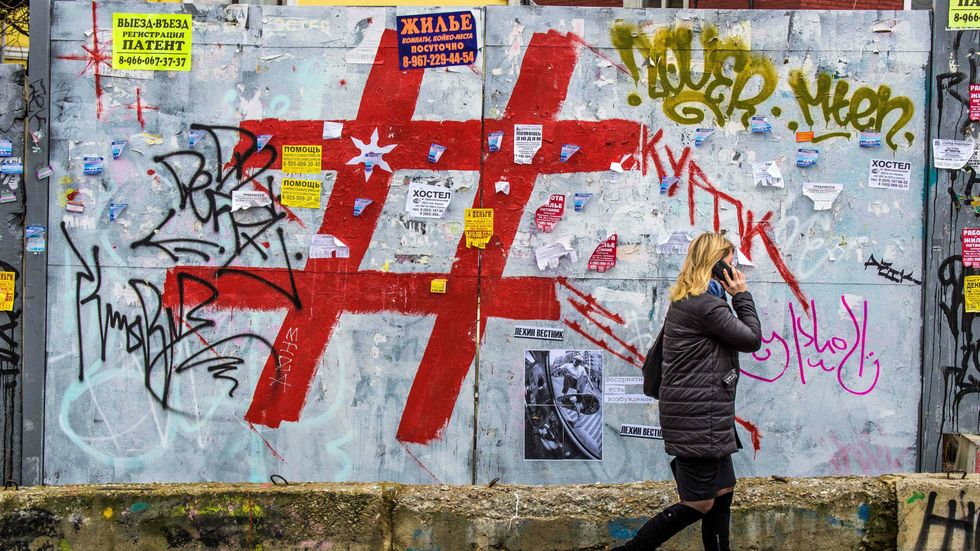 A woman speaks on a mobile phone as she walks past a graffiti covered wall with a giant hashtag sign near Moscow's Kursky railway station on November 17, 2017. (Photo: MLADEN ANTONOV/AFP/Getty Images)

About three million tweets from Russian trolls have been published in an effort to illuminate how foreign agents have been disrupting political discourse in the U.S.

Working with the data-based news outlet FiveThirtyEight, the researchers uploaded the dataset to GitHub where curious parties can investigate it for themselves.

“If you use this data and find anything interesting, please let us know. Send your projects to oliver.roeder@fivethirtyeight.com or @ollie,” the GitHub post reads.

In a working paper, Linvill and Warren ran qualitative and quantitative analyses on many of the tweets in an attempt to see if the trolls could be categorized into different types based on their online behavior. The authors wrote:

“We identified five categories of IRA-associated Twitter handles, each with unique patterns of behaviors: Right Troll, Left Troll, News Feed, Hashtag Gamer, and Fearmonger. With the exception of the Fearmonger category, handles were consistent and did not switch between categories.”

The IRA’s precise goal in trolling U.S. political discourse remains unclear, but the evidence strongly suggests part of its mission was to divide Americans along political and sociocultural lines, and to sow discord within the two major political parties.

“They are all about disruption,” a former official briefed on the intelligence told the Washington Post. “They want a distracted United States that can’t counter Vladimir Putin’s ambitions.”

The researchers highlighted the fact that Russian trolls are still stoking the flames of America’s cultural disarray.

“There were more tweets in the year after the election than there were in the year before the election,” Warren told FiveThirtyEight. “I want to shout this from the rooftops. This is not just an election thing. It’s a continuing intervention in the political conversation in America.”