Why is Monogamy So Difficult? It’s Made For Society, Not For Us.

Which came first, monogamy or the social contract? Evolutionary psychologists and biologists think the latter. 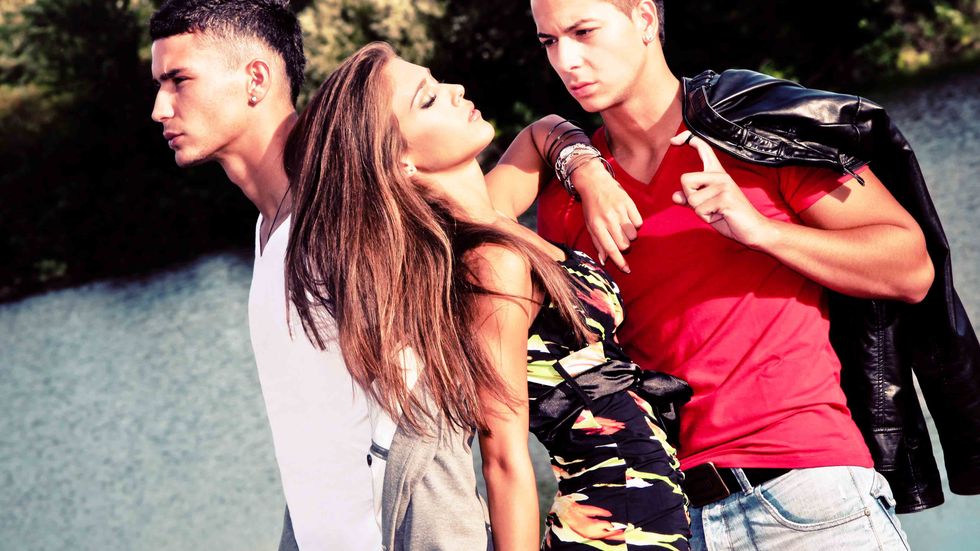 As Big Think has discussed before, our prehistoric ancestors got busy a little differently than we tend to. According to Christopher Ryan, our ancestors were promiscuous, hypersexual, and shameless about it. In his book Sex at Dawn, Ryan goes on to mention that our evolution has given us features which reflect this, such as our reproductive systems, which have little in common with those of other monogamous animals.

But this raises the question: why are the overwhelming number of cultures across the planet today celebrating monogamy? Has there been some kind of major psychological evolution across our species? Or are we just fooling ourselves? Perhaps the idea that monogamy is our natural state is a “noble lie” designed to help us?

In his work The Naked Ape, Desmond Morris offers us an answer. He supports the standard model of long-term partnerships for homo sapiens, but makes note of our peculiar, hypersexual, biology. He goes on to suggest the shift to monogamy was done socially, not biologically or psychologically, as our ancestors evolved into hunters to secure the cooperation of all males in the group with the assurance of reproductive rights.

As he puts it: “If weaker males were going to be expected to co-operate on the hunt, they had to be given more reproductive rights. The females would have to be more shared out, the sexual organization more democratic, less tyrannical. Each male, too, would need a strong pairing tendency. Furthermore, the males were now armed with deadly weapons and sexual rivalries would be much more dangerous: again, a good reason for each male being satisfied with one female.”

The first article of the social contract is monogamy. If Morris is correct.

Ryan suggests the opposite, that property and civilisation drove the need for monogamy. In Sex at Dawn, he describes the effect of agriculture on our sexual nature: “Land could now be possessed, owned, and passed down the generations. Food that had been hunted and gathered now had to be sowed, tended, harvested, stored, defended, bought, and sold. Fences, walls, and irrigation systems had to be built and reinforced; armies to defend it all had to be raised, fed, and controlled. Because of private property, for the first time in the history of our species, paternity became a crucial concern."

In either case, it seems that humans are not biologically or psychologically disposed to mate for life. It appears that we have psychological tendencies to promiscuity and a biology to match. Perhaps this is why so much time and money is spent every year in marriage counseling to save the monogamous ideal, on relationship books, on pornography, and on viagra. Of course, that would also explain the popularity of dating apps such as Tinder. Tinder is worth more than a billion dollars, sees ten million daily users, and nearly a third of all those users are also married. A fifth of its users report using the app for hookups.

Fear not for the future though, Millennials are having less sex than their parents did. And those statistics for Tinder use must mention that the majority of users are college aged. The state of social monogamy is safe for now. We may not be built for monogamy, but our societies are. Is Tinder going to be the end of the social contract? Probably not, but it will remind us of exactly what monogamy is – a social structure that we often seek escape from.