Unfollow friends with different political views? Why you really should keep them in your feed.

While it can often be tempting to unfollow friends who have differing political views than you, one philosopher tells us why we should embrace, rather than shun, such challenges to our worldviews. 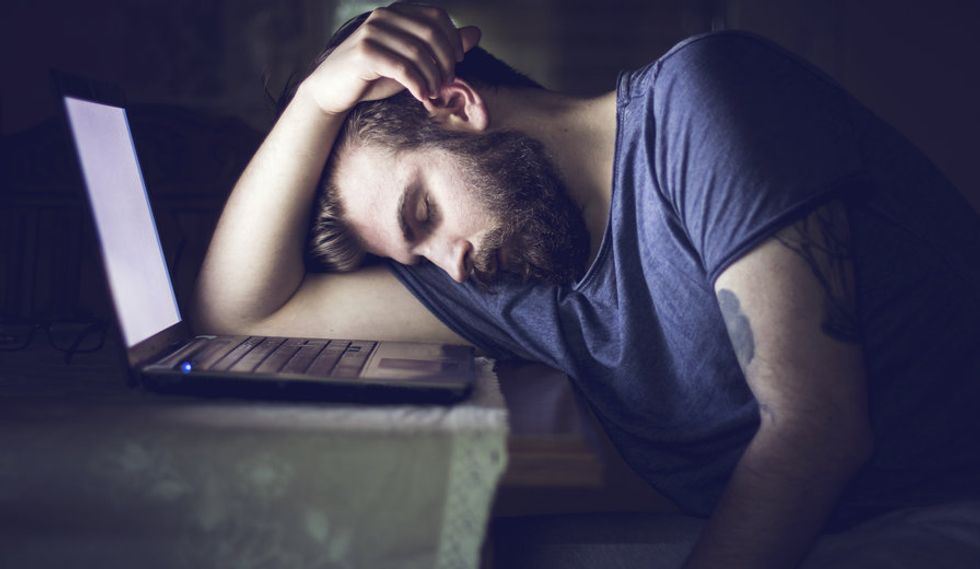 We've all done it, unfollowed that conspiracy spouting friend we have on Facebook rather than endure one more post about how the Earth is flat and Obama was born on Neptune. Sometimes we go a step further, removing those with opposing political views from our friend lists. After all, social media is for fun! Why should I have to see my nutty uncle's viewpoints when I am looking for pictures of cute cats?

This problem has been discussed here at Big Think before and Eli Pariser gave an excellent Ted Talk on the subject. While the issue is often viewed as one of immaturity or tribalism, it has another dimension. Rarely do we think of it as the problem of our moral development it is.

It is a major part of that development, at least according to philosopher John Stuart Mill.

In On Liberty, his defense of a liberal democratic society, Mill argues brilliantly for the necessity of the freedom of speech. While he references our dependence on it for the success of a free society, he also points out it has another, vital, function; it allows us to make steady progress towards the truth that is otherwise impossible.

Mill suggests that any viewpoint can be one of three things; true, false, or a little of both. He further reminds us that humans are never sure of anything and that we are often wrong when it comes to knowing if our ideas are the whole truth or not. He explains that:

"First, if any opinion is compelled to silence, that opinion may, for aught we can certainly know, be true. To deny this is to assume our own infallibility. Secondly, though the silenced opinion be an error, it may, and very commonly does, contain a portion of truth; and since the general or prevailing opinion on any subject is rarely or never the whole truth, it is only by the collision of adverse opinions that the remainder of the truth has any chance of being supplied."

When you are living in your bubble falsehoods don't get checked. New truths are never considered if you unfollow those who offer them. Comforting lies can get passed from person to person without anybody noticing that they cannot be true. Progress towards better ideas can be stalled as there is no active questioning of the ideas you have.

To be fair, we have all felt this woman's rage at a post before. Maybe some people should be unfollowed?

Of course, sometimes we know which side is correct with as much certainty as is possible. If you have a Facebook friend who is a flat-earther, it is clear that they are very wrong when they try to explain that the Earth is flat. Censoring them from your feed can't be too terrible, right? Mill disagrees, he argues that testing our true beliefs with rational debate is essential.

"Thirdly, even if the received opinion be not only true, but the whole truth; unless it is suffered to be, and actually is, vigorously and earnestly contested, it will, by most of those who receive it, be held in the manner of a prejudice, with little comprehension or feeling of its rational grounds. And not only this, but, fourthly, the meaning of the doctrine itself will be in danger of being lost, or enfeebled, and deprived of its vital effect on the character and conduct: the dogma becoming a mere formal profession, inefficacious for good, but cumbering the ground, and preventing the growth of any real and heartfelt conviction, from reason or personal experience."

If we don't occasionally interact with objections to our ideas, even if our thoughts are already correct, they will lose a bit of their punch and decay into mere dogma. Debate keeps our ideas fresh; it reminds us of why we support one side over the other and stimulates our intellect. For Mill, who saw personal development as a stop on the road to a just and happy society, this is all but a moral imperative.

So, how can we get back to challenging our ideas? How can we pop the bubble?

Luckily, there are lots of ways to do it. While not all of us can bear to see our family’s political posts every time we log in, we can still expose ourselves to challenging viewpoints that keep us from becoming too trapped in our echo boxes.

The KIND foundation has the Pop Your Bubble campaign which adds a simple extension to your browser that determines what kind of person you are, demographically speaking. It then suggests pages for you to follow on Facebook that differ from what pages you are likely to see already. While the effectiveness of it seems variable, it is a simple way to add new viewpoints to your feed.

There is also the option of patience. Waiting for your friends with differing viewpoints to post, viewing those posts, and then getting on with your life is a rather simple, yet effective, method. Some people are going to disagree with you, but this is no reason to shut them out of your circle. For each political post you manage to dodge by unfollowing someone, an apolitical post about their newborn could be missed as well.

While it can be tempting to banish opposing viewpoints from your screen, it isn't good for us. Preventing yourself from seeing different opinions, even more than the internet does already without you knowing, can reduce your worldview to mere dogma and even your ability to form a reasoned opinion. While enduring the posts of family members who tend to make Thanksgiving political isn't always enjoyable, it does pay off in the long run.