Why Unfriending People on Facebook Is Immature and Counterproductive

Engaging with the world might not be comfortable, but it's much healthier than ignoring what you don't want to see. 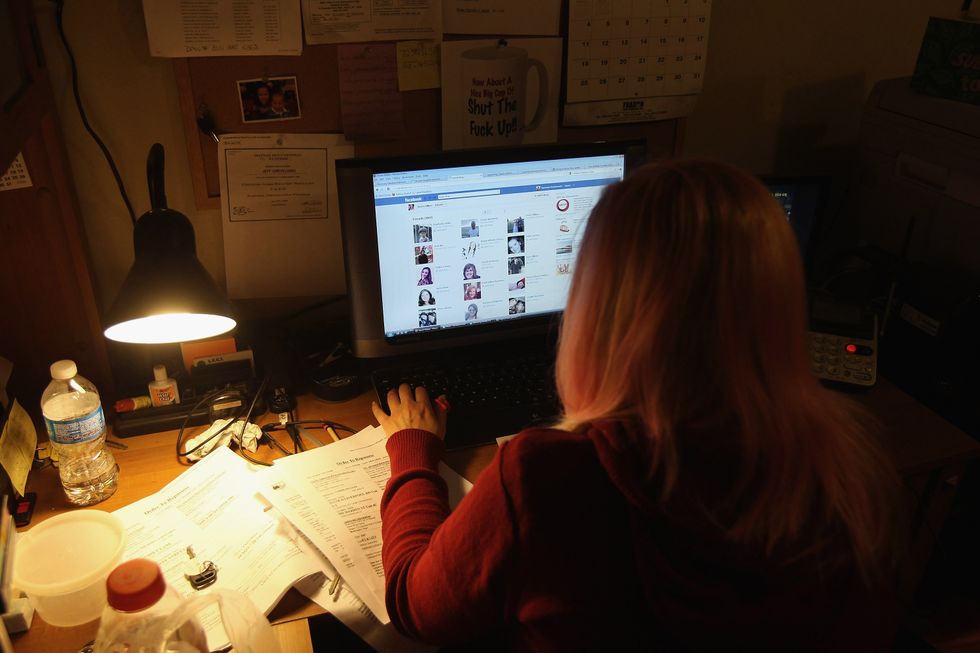 Part of this is understandable. We all have strong beliefs regarding any number of issues. Often one or two such issues assume the top position(s) in our mental catalog of things to care about. Some are benign pet peeves—proper grammar on social media, for example. Others are quite relevant and potentially dangerous, such as the reverberating effects of racism or the next person to be appointed president.

Content is almost irrelevant here, however. What we’re discussing is the attitude of someone who says: If you don’t agree with me, I don’t ever want to see or hear from you again! This coddling has been well documented on college campuses in recent years. Yet this mindset is not restricted to universities. The attitude is apparent everywhere.

British anthropologist and evolutionary psychologist Robin Dunbar is famous for his ‘number,’ which is 150. He estimated that this is the extent of relationships humans are able to keep track of without taxing cognitive limits. Everywhere he looked evidence panned out: Neolithic Mesopotamian tribes; eleventh-century villages in Wales; ancient Roman army corps. His mean group size of 148 is, for simplicity’s sake, rounded up.

Within the folds of his theory lies another, lesser known, idea. How humans evolved from primates is a longstanding matter of contention. Dunbar believes that social interaction is the main driver. This makes sense given the other candidates: language, an advanced communication that depends upon others to listen to and talk with; nutrition, which greatly advanced thanks to group hunting; technology, even simple stone tools, which requires input and debate.

The larger your social network, the weaker its ties. Intimate connections are usually counted on one, perhaps two, hands. My five thousand Facebook friends and thousands of other connections from pages I manage? I wouldn’t recognize them if I walked right into them. But—and this is important—if they mention we’re connected on social media, an emotional link has been made. There is some reference point, no matter how hazy, that immediately pushes through a barrier of uncertainty. At the very least, a conversation has begun.

Social we are: two-thirds of all conversation is gossip, either about those immediately present or others who are absent. Wharton Professor of Management Eric Foster found that women gossip no more than men. Given the amount of discussion I hear in the locker room about what this or that coach or player should have done last night, this is not surprising. Men simply choose another word than gossip, but that changes nothing.

Most discussion regarding unfriending is why you should do it. In this rather juvenile take, you’re told to dump political ranters, negative people, attention seekers, and, my favorite, “anyone who makes you feel really crappy about yourself.” This is exactly how many people react to foreign ideas already. If the potential of a mirror is held up that makes me question something about myself, get a rock ready. Throw. Just don’t look.

What is being lost in this age of unfriending is debate. What might seem commonsensical to you might not be so to others. Or, they just might have a different opinion. I would expect no belief of mine to be shared by seven billion others on this planet, nor even among my 150 closest friends. Honest dialogue and discussion only makes us stronger.

That’s impossible when you’re clicking the unfriend button at the first sign of distress. As I wrote earlier this week regarding education, our brains are nearly fully formed by age six; it takes another twenty years for it to become fully myelinated—the fatty insulation that connects every neural region like a superhighway. What this means is our emotional, reptilian brain is not chatting regularly with our prefrontal cortex, the seat of reason and one region implicated in Dunbar’s theory of social relationships. Little is nuanced; we lash out at what frustrates us. Worse, we hide from it.

Ideally, education is a lifelong pursuit. This means coming to terms with views that challenge your own. By engaging with others of differing opinions, you might find your viewpoint strengthened. You might feel neutral. You might even change your mind, which has the potential to reshape the course of your life.

None of this happens when the unfriend syndrome ravages your thoughts. Perhaps some brains are too myelinated—the insulation is not allowing any air to pass through. That’s a shame. Debate is an essential component of community building. When it’s lost, well, so is so much more.