Generally speaking, the farther along a serious illness is, the harder it is to cure or even manage. Many types of cancer such as colon, prostate, and breast cancer for instance, among the deadliest, give few if any symptoms before it’s too late. The earlier in its pathogenesis or development, the easier it is to manage and treat. Now, scientists have the means to detect serious illnesses before they begin.

Researchers at the University of California, San Diego have unveiled a biosensor chip that detects disease at its earliest stage, right at the genetic mutation. This could be used to screen the blood for early disease detection, to monitor illnesses, and even detect the presence of dangerous microbes or viruses, all in real time. Once implanted, the chip would be able to send information straight to a computer or smart phone, in HD.

Researchers hailed the breakthrough as inexpensive, fast, and dependable. Ratnesh Lal led the study. He is a professor of biological and mechanical engineering at the university. Lal said the biosensor chip has now surpassed the proof-of-concept phase. So many serious illnesses start with a single genetic mutation, observable within the blood. This mutation is known as a nucleotide polymorphism (SNP), which occurs in one particular nucleotide, the building blocks of DNA—either in A,C,G, or T. Most SNPs have no bearing on one’s health. Others are directly associated with serious conditions. These include heart disease, diabetes, cancer, autoimmune and inflammatory conditions, and neurodegenerative disorders—such as Alzheimer’s. 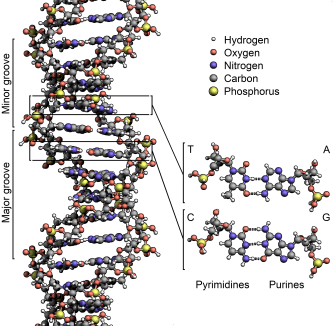 Though current methods are slow, unwieldy, and expensive, this biochip would be easy to implant, swift to respond, and inexpensive. The chip is comprised of a DNA probe which sits on a graphene field effect transistor. The probe is a double strand of DNA genetically engineered to contain a sequence of coding for a specific SNP. The chip captures DNA or RNA molecules that have a certain kind of mutation. When these molecules bind to the probe, it sends an electrical signal.

Researchers employed a natural process called DNA strand displacement to construct the chip. This is where DNA exchange one strand of the double helix for another. This new strand binds more strongly than the last, displacing the former. But if that strand contains a nucleotide mutation, the person may be in trouble.

For this study, researchers took a DNA probe containing two complimentary strands and engineered them to bind together. One part of the double helix was normal and attached to the graphene resistor. The other was altered to make it weak, as was the bond between the two. Normally, a stronger strand will come along and knock out a weaker one, particularly if the bond is weak. Basically, researchers have set up a snare, to trap DNA or RNA strands containing a disease-causing mutation. Once caught, the chip alerts a computer or smart phone. 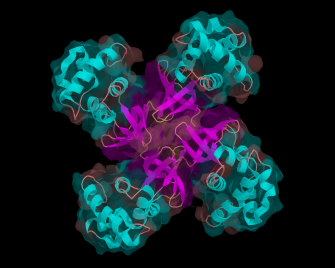 Artist’s rendering of once phase of DNA strand displacement.

The beauty of this device is the fact that the DNA is attached to a graphene transistor, which allows for electronic interaction. Never before has DNA and a transistor been linked. Another innovation is how SNP mutations are detected. Most devices today use a single strand DNA probe. But this employs a double strand probe. Only a perfect match can dislodge the weak strand. And only a strong strand can displace a weak one. According to Lal, this is done as a safeguard, to avoid false-positives.

The new probe has another advantage. It can detect longer strands of DNA, something not possible with previous models. The longest strand it detected was 47 nucleotides long. This is record breaking, according to researchers.

Next, Lal and his team will have to scale the technology up. They will need to add Wi-Fi to the chip as well. Further along, they believe the biochip sensor will be used in clinical settings to conduct liquid biopsies, taking the invasiveness, expense, and possible complications out of that process. Besides improving upon diagnostic methods, farther off it could usher in an entirely new age in personalized medicine.

Shame is a powerful tool that must be used with care.
Neuropsych

One form of domestic abuse involves a parent breaking their child’s connection with the other parent.
The Present

Signals from the environment, such as those detected by your sense organs, have no inherent psychological meaning. Your brain creates the meaning.
Up Next
Starts With A Bang