Have you ever stopped to think about how we keep time? Ever wonder why Easter changes dates every year? Well, let us tell you a little story about the Gregorian Calendar. 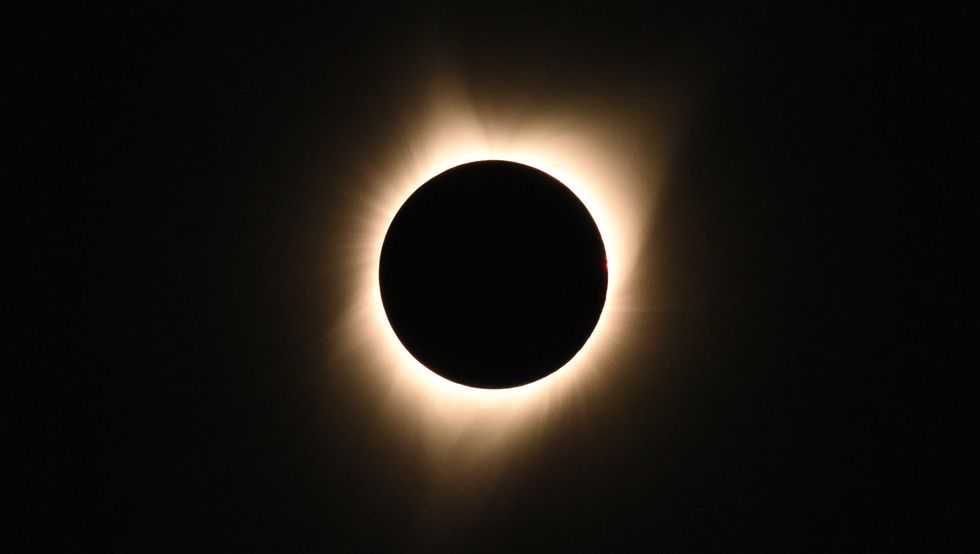 Everything under the sun is in tune, but the sun is eclipsed by the moon. Perhaps the moon is just jealous? (Getty Images)

Look at your calendar. There should be one on the device you are using to read this. Have you ever stopped to wonder why we use the calendar we use? We have a little story for you.

The calendar you certainly use on a day-to-day basis is the Gregorian calendar, which has been the standard system for western nations since 1582. A refinement of the Julian calendar, Pope Gregory XIII introduced the new timekeeping method to stop the drift of seasons that was caused by the inaccuracy of that ancient Roman calendar. He wasn’t a moment too soon either; the old calendar was ten days off by that point, leading to problems in determining the date of Easter.

Easter itself is determined with a lunar calendar, however, as the Catholic Church liked the idea of the calendar's equinox being closer to what was being observed, the Gregorian calendar is entirely solar in nature. Easter is, in principle, celebrated on the first full moon after the spring equinox. It became vital then that the date of the equinox be correct.

Why do we use a calendar designed for the Catholic Church?

This Calendar was adopted by Catholic countries right away and their colonies soon after as a civil calendar. The Protestant nations followed over the next couple of hundred years for better timekeeping and to simplify working with their neighbors. Islamic Turkey, which had used the Islamic lunar calendar for all official business, switched over in 1926.

What is a lunar calendar anyway?

A lunar calendar is different. The cycles it records are based on the monthly phases of the moon. A month starts when the moon reaches a certain phase in a certain location and a year is defined as 12 months of this kind. The months in the Gregorian calendar are not calculated in this way.

Click to enlarge and use the calendar's interactive feature. (Wikimedia Commons)

What are the practical differences?

First off, the lunar year is only 354 days, give or take a few. This means holidays and festivals determined by a lunar calendar, such as Easter, the Chinese New Year, or Rosh Hashanah, will seem to shift by as much as 11 days a year with respect to a solar calendar. Also, since months are determined by the phases the moon is in as seen over a particular place, the length of a month is not standardized and can vary by as much as a day. Months can even start on different days in different places.

This is still a problem for many people, as debate continues over whether the month of Ramadan, which is a lunar month, should start based on local observations of the moon or if the phase observed over Mecca should be used.

Does anybody still use a lunar calendar as a standard one?

Nepal's calendar is a hybrid lunisolar one, which is used as the legal standard for setting dates. Israel uses the old Hebrew calendar for a few civil functions while largely relying on the Gregorian calendar. Like Nepal’s, it is a lunisolar calendar which has lunar months and solar years.

While there are a few other countries that don’t use the Gregorian calendar, almost all of them still use solar calendars. Lunar calendars do have semi-official uses in how holidays are determined, as Easter, Ramadan, Rosh Hashanah, and the Chinese New Year are all determined by lunar months. These holidays are legal holidays in countries around the globe.

Lunar New Year celebrations in Shanghai. The Mainland Chinese enjoy a week off from work, in most cases, to celebrate. The Lunar Calendar still holds major sway in the lives of a billion people. (Getty Images)

If the lunar calendar is still used for some official business, why does it get used so much by the occult?

The position of the moon can mean many things to many people. For some, the position of the moon plays a large role in the effectiveness of ritual activities. Today, the typical person who sets their schedule to the phases of the moon might seem a little off. However, historically they would have been in good company, as some of the oldest calendars known were lunar ones. In any case, the use of lunar calendars by practitioners of the occult has no real bearing on its merits as a timekeeping system.

People all over the world rely on two calendar systems. One solar which determines what day it is and one lunar which determines when festivals occur. While there are only a few countries in the world that use any incarnation of a lunar calendar in an official capacity, the echo of ages past, when lunar calendars were more prominent, still rings out in our modern lives.