Was Life an Inevitable Outcome of Thermodynamics?

A physicist demonstrates how life may be a predictable product of thermodynamics. 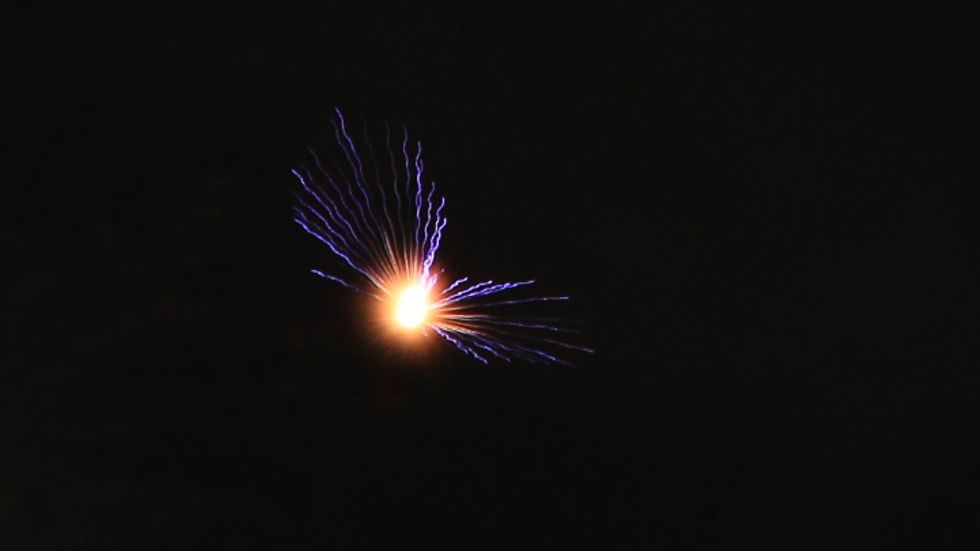 We often marvel that life on earth happened at all — there seems to be so much working against it. The luckiest of flukes. But in 2013, MIT physicist Jeremy England proposed a completely different, and shocking, idea: He suggested that life is an inevitable product of thermodynamics. Instead of being an exceptional, rare event, he told Quanta in 2014, the development of life is “as unsurprising as rocks rolling downhill.” He’s been conducting a pair of tests of his theory since then, and his results, published in Physical Review Letters (PRL) and the Proceedings of the National Academy of Sciences (PNAS), suggest he’s right.

It’s all about how inanimate atom structures capture and release energy. England’s been testing his own formula — which is based on accepted physics — predicting that a collection of atoms driven by external energy, such as the sun or some type of chemical fuel, and surrounded by heat, will often rearrange itself to absorb and dissipate increasingly more energy. Under certain conditions, the atoms will ultimately develop the heat-exchanging characteristics of living matter. And thus, he says, “You start with a random clump of atoms, and if you shine light on it for long enough, it should not be so surprising that you get a plant.”

Key to his theory is the second law of thermodynamics part of which is the idea that a closed system such as the universe tends to grow more disordered over time, eventually becoming an undifferentiatable, entropic equilibrium. IFL Science uses a simple analogy to describe the effect:

Think of a pool of water with three color dyes dropped in it. Initially, they remain as separate dots far apart, but over time, the colors spread out, mix, and in the end, there’s just one single color. That’s the universe; the dots, in this case, can be pockets of biological life.

David Kaplan explains the second law and some new thoughts about it.

England, proposes that in systems with an external influence — such as, say, the sun offers the earth — energy imbalances can be so complex that atoms naturally rearrange themselves into architectures that can survive the chaos. The structures that they form to handle the energy may look a lot like the atomic structures of living things. Is this how life merges from chaos?

What the PRL Article Reports

The experiments, conducted by England with students Tal Kachman and Jeremy A. Owen were aimed at seeing if particles can, first of all, reorganize themselves in response to an external energy source. The scientists modeled a “toy” chemical environment of reacting Brownian particles that were periodically subjected to external energy drivers that forced chemical interactions to take place. (This process is called “forcing.) The researchers observed that particles eventually sought out the necessary chemical to construct a system structure resonating at the same frequency as the driver, thus facilitating more effective absorption of its energy.

What the PNAS Article Reports

In these more-complex experiments, England and Jordan Horowitz worked with computer simulations of a chemical network containing 25 chemicals. Running a series of simulations using random initial chemical concentrations, reaction rates, and “forcing landscapes” — sets of external energy sources and amounts — the researchers wanted to see what the final “fixed state” of the brews would be. Some settled into the expected entropic equilibrium, but other simulations, subjected to extreme, difficult environments, cycled rapidly through different arrangements in what looked very much like an attempt to arrive at the optimal structure for absorbing and emitting the energy to which they were exposed. In the paper’s abstract, England and Horowitz say this “might be recognized as examples of apparent fine-tuning.”

What Do the Experiments Mean?

The scenarios that England and his colleagues have simulated are, of course, simpler than those found in nature, falling far short of the relatively complex organism that is bacterium.

Still, it’s a stunning start. Says statistical physicist Michael Lässig of the PNAS paper, “This is obviously a pioneering study,” even if looks only at “a given set of rules on a relatively small system, so it’s maybe a bit early to say whether it generalizes. But the obvious interest is to ask what this means for life.”

England isn’t personally looking to get too far ahead of his results, either. “In the short term, I’m not saying this tells me a lot about what’s going in a biological system, nor even claiming that this is necessarily telling us where life as we know it came from,” he tells Quanta. He feels both problems constitute a “fraught mess” that, “I am inclined to steer clear of for now.”

But, according to engineer, physicist, and microbiologist Rahul Sarpeshkar, “What Jeremy is showing is that as long as you can harvest energy from your environment, order will spontaneously arise and self-tune.” This is a big deal all by itself. “But, ”Sarpeshkar adds, “this is about how did life first arise, perhaps — how do you get order from nothing.”