4 ways making beer is all about science

Brewing beer is as much science as art, and here are four reasons why. 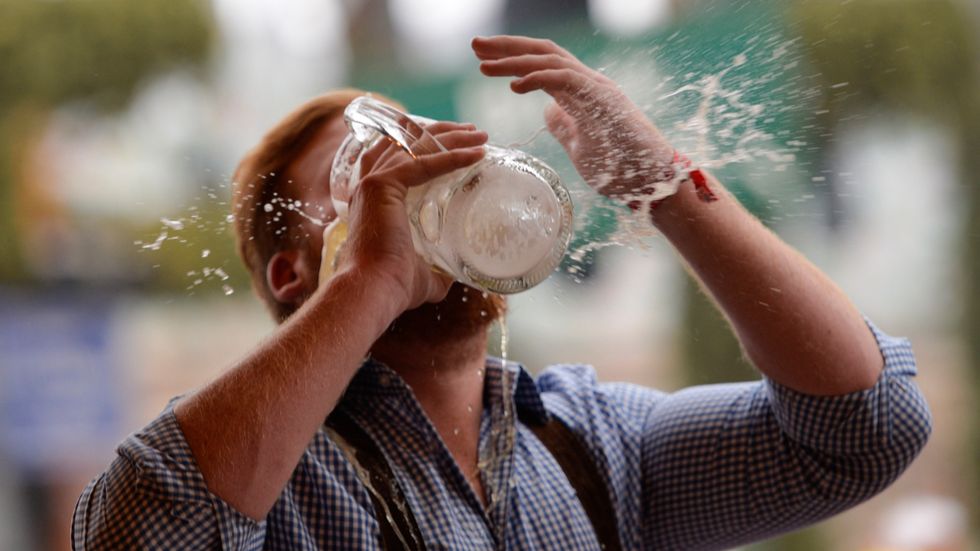 April 7th is National Beer Day, an ideal time to have a cold one. It commemorates the signing of 1933 Cullen-Harrison act, which made it legal — for the first time since Prohibition began in 1920 — for states to pass laws allowing people to buy, sell, and drink beer.

People have loved drinking beer a long time, possibly as far back as 10,000 BCE in the Godin Tepe settlement of what’s now Iran. There was certainly beer, called kui, being brewed in China by 7,000 BCE.

Whatever its origin, how beer is made has always been an art, and these days it’s absolutely a science, too. The chemistry of beer is intense. As writer and beer fan Cynthia McKelvey enthuses to Inside Science: “People have been making beer for thousands of years, and we've only known about microbes for a couple of hundred, and that's just amazing to me that we're able to work with these little critters in such a way and make something that is so well-loved."

Beer becomes alcoholic — and fizzy — during the process of fermentation. The main actor here is yeast, which finds the glucose molecules in the brew and converts them to ethanol, alcohol, and CO2, the carbonation, according to this formula:

The type of yeast involved depends on the desired flavor and type of beer being made. McKelvey says of the most common yeast, Saccharomyces, “it works very, very quickly and it mostly just powers through all the sugar and turns it into carbon dioxide and alcohol, to the point where there is so much alcohol, that it dies.”

Lager yeasts do their thing at lower temperatures, leading to a crisper taste. Ale yeasts are high-fermenting — they work at more elevated temperatures — and produce more fat and oil compounds called “esters.”

The most common beer ester is ethyl acetate, which smells like nail-polish remover if too much of it is present in the glass. Some Belgian and wheat beers have a hint of a banana aroma from isoamyl acetate. For a hint of pineapple or passionfruit, there’s ethyl butyrate. For a touch of apple, there’s ethyl hexanoate.

2. There’s something in the water

Water is deemed hard or soft based on the amount of calcium and magnesium it contains; more = harder. This also influences the manner in which fermentation yeasts behave. In addition to esters, beer flavor is also affected by phenols, which can be the result of chlorine in the water, and from the tannins found in malt and hops. One phenol, 4-vinyl guaiacol, imparts a spiciness reminiscent of cloves due to its interaction with barley’s ferulic acid. When someone says a beer has a “barnyard” or “horse-blanket character,” they’re talking about 4-ethyl phenol.

3. Hops gets the MVP nod

The flowers of the hop plant, AKA Humulus lupus, act as a surfactant that reduces surface tension in the beer, trapping the bubbles in its foamy head — it’s added to the brew during its boiling phase.

Reducing the surface tension of still-brewing beer stabilizes the liquid, giving our taste buds that chance to enjoy beer’s melange of flavors, both bitter and sweet. (The head of the beer is also affected by proteins produced during the mashing process.)

Beer can be made from barley, wheat, rye or oats. Before becoming beer-ready, though, barley has to be “malted.” It’s soaked in water and then spread out and left for a few days so it begins germinating or sprouting. This helps break down its component starches, catalyzed by the enzyme amylase. From there, it’s into a kiln that halts germination, dries, and roasts the grain, which plays a large role in the flavor and color of the beer.

Lightly roasted malt produces that classic bitter British pub beer when fermented with an ale yeast. A lager yeast will result in a pilsner. The same yeasts fermenting a more golden roast will produce a sweeter an amber ale or Oktoberfest beer, respectively. A dark roast? A clean brown ale and a German Dunkel.

Maybe you like to slowly pour beer to keep its head under control, or just splash it into a glass. It would be an understatement to say there’s “polite disagreement” over the best way to pour beer. Or maybe you like to enjoy straight from a bottle or choose to frequent a local establishment where a bartender or robot serves your beverage. Either way, April 7 is the day for you. (Drink responsibly.)