College isn't a time to curl up in a ball when challenging material comes on the table that might unsettle you or puncture your worldview. A higher education can be, and should be, transformative. 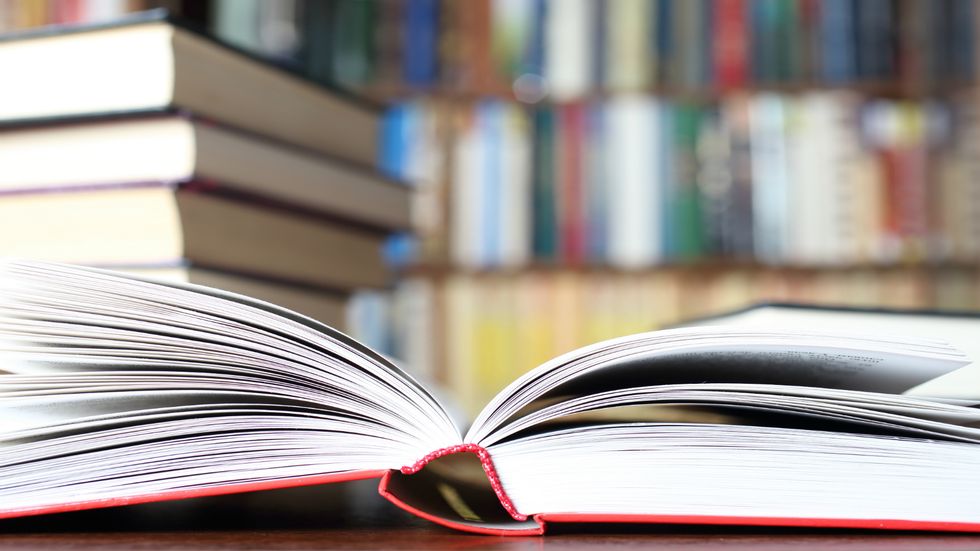 Should college professors be required to warn students about course material that may trigger negative emotional responses? Recent years have seen increasing calls for “trigger warnings” on college syllabi. At the University of California at Santa Barbara, the University of Michigan, Bryn Mawr College, and Oberlin College, among others, students have asked the administration to adopt a trigger warning policy in order to give survivors of rape, war, and other tragedies the chance to opt out of readings or discussions lest they are forced to relive their trauma in the classroom. A provisional policy last year at Oberlin (since abandoned) would have significantly expanded the categories. It asked faculty to warn students when “racism, classism, sexism, heterosexism, cissexism, ableism, and other issues of privilege and oppression” were lurking in class material.

Last month, four students at Columbia University published a deeply problematic op-ed piece in the Columbia Spectator making new recommendations for the university’s “Lit Hum” (Literature Humanities) core seminar. The students developed their ideas after reflecting on the experience of one young woman who found it painful to read an epic ancient Roman poem:

During the week spent on Ovid’s “Metamorphoses,” the class was instructed to read the myths of Persephone and Daphne, both of which include vivid depictions of rape and sexual assault. As a survivor of sexual assault, the student described being triggered while reading such detailed accounts of rape throughout the work. However, the student said her professor focused on the beauty of the language and the splendor of the imagery when lecturing on the text. As a result, the student completely disengaged from the class discussion as a means of self-preservation. She did not feel safe in the class. When she approached her professor after class, the student said she was essentially dismissed, and her concerns were ignored.’

No responsible teacher would “dismiss” or “ignore” a student who approaches him while in emotional crisis. The young woman in question deserved a compassionate response from her professor. He should have received her warmly and with understanding and perhaps helped her find a therapist on campus to support her emotional needs. But the four authors of the op-ed, members of the Multicultural Affairs Advisory Board (MAAB) on Literature Humanities, take quite a different lesson from the episode.

The authors contend that the young woman’s experience reading Ovid is emblematic of numerous “transgressions concerning student identities” in Columbia’s seminar rooms. Switching on a dime from the trauma of a rape survivor to questions of identity politics, the writers charge that Lit Hum classes “disregard the impacts that the Western canon has had and continues to have on marginalized groups.” The MAAB representatives make three proposals. They want to draft a letter asking faculty to use trigger warnings in class. They suggest establishing anonymous communication and mediation channels for triggered students to hash out “identity-based disagreements” with their professors. And they propose setting up “a training program for all professors, including faculty and graduate instructors, which will enable them to constructively facilitate conversations that embrace all identities.”

The oddest feature of this op-ed is the inexplicable, silent conflation of the offense felt by “marginalized groups” with a sexual assault survivor’s clinical diagnosis of post-traumatic stress disorder. These are two entirely distinct concerns. If individual students have profoundly disturbing emotional responses to particular course materials because they have suffered a traumatic experience, they should have the professor’s (and the dean’s) support in addressing those feelings. But these sad, occasional cases should not dictate the shape of a liberal education.

It is hard to imagine a book worth putting on a syllabus that does not engage students’ views and, yes, identities in deeply personal and potentially wrenching ways. That’s the point of an education. Rather than wrap yourself tightly in a pre-ordained, hermetically sealed identity, as a college student you put yourself out there a little and you see what happens when you encounter new ideas and new modes of seeing the world. College isn't a time to curl up in a ball when challenging material comes on the table that might unsettle you or puncture your worldview. A higher education can be, and should be, transformative.

In a core humanities seminar I teach, we begin the semester with a study of the book of Genesis. If I had to warn students of all the murder, rape, incest, genocide, and betrayal that flow through its chapters — and exempt students who might be “triggered” by any of them — we might never have a quorum for a discussion. I can’t imagine reading Dante’s Inferno (or reading it well) without suffering at least a little along with the narrator. And it seems ludicrous to provide trigger warnings for atheists or Jews or lapsed Catholics before opening the beautifully disturbing pages of St. Augustine’s Confessions. The same goes for the racism and sexism that lace Charles Darwin’s The Descent of Man and the opening anecdote in W.E.B. Du Bois’ The Souls of Black Folk, where the author describes the first time “the shadow” of racism “swept over” him as a little boy in Great Barrington, Massachusetts.

This is heavy stuff, and it’s not for the faint of heart. But college students are adults and should be treated as such. Students should expect to be challenged — intellectually, personally, emotionally — in a liberal-arts classroom that is worth its salt. They should feel free to speak their minds in class, and this sense of a “safe space” is indeed what professors have a responsibility to cultivate. Not a space free of ideas that may be offensive (to one, some, or many), but a space where everyone can feel comfortable exploring a rich text together with civility and respect.