Science classes are supposed to give students not only the most up-to-date knowledge and information but also a belief in the scientific method and perhaps imbue them with the logic and reasoning skills associated with it. Trouble is, there are a lot of myths out there that sabotage these lofty goals. In fact, many of them originate in science classes themselves, taught over and over by teachers too lazy to look them up. Despite already being debunked, they persist. Here are 7 commonly held myths from biology class you probably still believe.

1. Humans sit atop the food chain 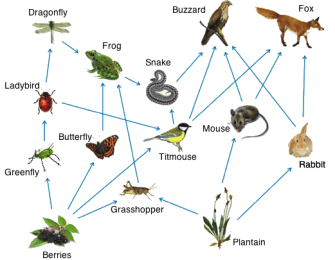 Sometimes you’ll hear the carnivorous among us exclaim, “I didn’t fight my way to the top of the food chain to eat a salad.” Though we may understand their meaning, the concept behind it is dead wrong. That’s because the food chain metaphor itself is too simplistic. It’s more like a food web, which more accurately portrays how energy is passed among organisms in a certain ecosystem.

Food webs are made up of food chains, which are when energy is transferred up in a linear fashion. The trouble with the food chain is, there are usually multiple organisms who are both predator and prey. Many organisms can eat multiple things and conversely be consumed by multiple predators. The food chain model also often ignores the producers at the bottom. As such, a food web, although still imperfect, is a far more precise model.

2. Respiration is synonymous with breathing 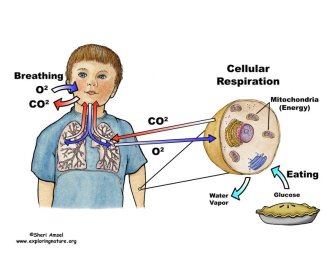 Most people think respiration and breathing are the same thing. That is, sadly, nowhere near true. While we’ve got a good handle on what breathing is, respiration is when muscles release glucose during physical activity, like exercise. Glucose is the body’s fuel. We use it for energy. This misconception may be due to the fact that study of the respiratory system focuses mainly on breathing. And therein lies the confusion.

3. Cats and dogs are colorblind 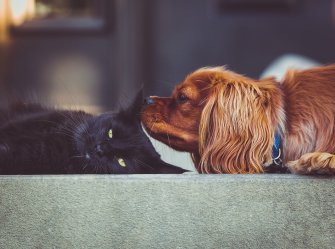 The reason for the pervasiveness of this myth might be due to the fact that vision in these species works much differently than ours. Shockingly, recent research finds both dogs and cats can see the colors green and blue. But not quite like us. The color in a dog’s vision is 1/7th less vivid than ours due to the fact they have fewer cone cells.

They do, however, have more rod cells in their eyes than humans. These cells sense light. This means dogs have better night vision than we have. With cats, colors look completely different. Purple, for instance, may look more blue to them, while red and pink appear as different shades of green.

4. Sugar is as addictive as cocaine This comes from the bestselling book by Dr. Robert Lustig, Fat Chance. First published in 2009, it claimed that sugar stimulates the brain’s reward system in much the same way as drugs do, such as cocaine, heroin, and alcohol. One problem though, although sugar may, in fact, trigger dopamine, no scientific studies using neuroimaging have ever backed up this claim. While it may be proven to be accurate in the near future, there’s no way currently to substantiate this statement. 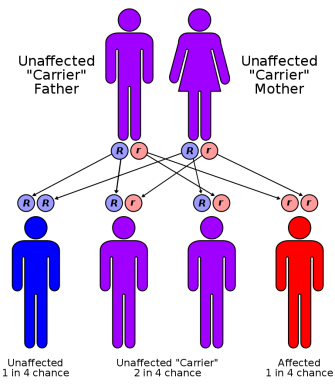 Genetics is fun, isn’t it? It can also be a tad confusing. Most people carry this misconception from when they learned how we inherit traits. It’s true that an offspring inherits an allele from each parent.

But the characteristic that is taken by the organism happens to be the dominant one, regardless of which parent it came from or the sex of the offspring. Another common misconception is that we get half of our characteristics from each parent. The truth, all that matters is which alleles are dominant.

6. Sharks can smell one drop of blood in the water from a mile away 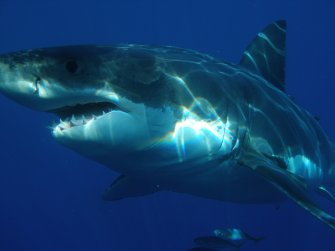 It’s a scary thought, but does the claim stand up under scientific scrutiny? Just know that no shark is darting for your swim trunks from miles away. Sharks have highly developed brain regions for sensing odors. They can pick up 1 part of blood per 10 billion parts of water. But while this might conjure up the image of a shark honing in from miles away, it’s useful to know what 1 in 10 billion parts of water actually is. A good way to visualize this is the ball of a ball-point pen in an Olympic swimming pool (still impressive nevertheless). Molecules, of course, scatter and drift in the water and there are loads of them in the ocean. The best a shark could do is pick up blood from a couple of football fields away if the currents and other conditions are just right. 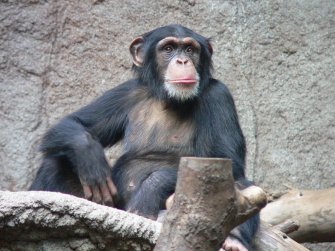 While the chimpanzee may be our closest living relative (homo sapiens are equidistant from them and bonobos), we didn’t evolve from them per se. Rather, chimps, gorillas, and humans share a common ancestor that walked the Earth some 6-10 million years ago. A recently unearthed fossil from Kenya’s Rift Valley may be the common thread. This has tentatively been identified as the Nakali ape (Nakalipithecus nakayamai). So how closely related are we to chimps? We share 98.8% of the same genes.

Related
Life
Scientists use CRISPR to insert an alligator gene into a catfish
Disease kills off 40% of farmed catfish. This gene protects them.
Neuropsych
How you breathe affects your brain
Your breathing rhythm influences a wide range of behaviors, cognition, and emotion.
Health
What happens when regular porn watchers abstain for a week?
Researchers watched for signs of withdrawal — but didn’t find any.
Neuropsych
Daily caffeine intake temporarily alters your brain structure
Compared to people who took a placebo, the brains of those who took caffeine pills had a temporarily smaller gray matter volume.
Thinking
Why you should laugh at yourself, according to Seneca and Nietzsche
“It is more human to laugh at life than to lament it.”
Up Next
Surprising Science
London crawling: Deadly caterpillars invade London
If you go down to the woods today you’ll be sure of a big surprise… (possible) death by caterpillar!