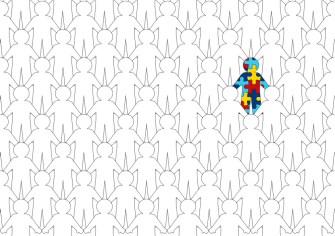 Neurodiversity is the concept that there are many different variations of human functionality and that each and every variation needs to be better understood and respected.

Previously (and in many places, currently), neurological differences such as autism or ADHD were considered medical deficits. They are still considered things that need to be treated and cured. Neurodiversity is an alternative approach to learning and disability that shifts the focus from treatment and cures to acceptance and accommodation.

The neurodiversity movement began in the late 1990s, when sociologist Judy Singer (who is on the autism spectrum), came up with the word to describe conditions such as ADHD, autism, and dyslexia. This ideology recognizes that neurological differences (such as autism or ADHD) are the result of natural variations to the human genome.

What is the medical model approach?

According to Scientific American, many of the people who adopt this medical model approach to autism call for prevention and the cure of serious impairments that can be associated with autism. In contrast, those who support neurodiversity see such language as threatening and offensive to individuals with neurological differences.

Myth: Neurodiversity is not a valid opinion/construct.

Myth: neurodiversity only refers to autism.

While the term was originally coined by an Autistic sociologist, as time passed, the neurodiversity movement expanded. Neurodiversity in itself is the diversity of all brains and all minds. Neurodivergence can therefore be associated with things like ADHD, epilepsy, etc.

Myth: the neurodiversity movement does not recognize disabilities among neurodivergent people.

The social model of disability says that a person is “disabled” when the (societal) environment doesn’t accommodate their needs.

Hypothetically, in this social model, if there were ramps and elevators everywhere to accommodate wheelchair users, they would not be considered “disabled,” as they would have access to all the same things as a person who walks (schools, jobs, restaurants, etc). Of course, providing equal opportunity wouldn’t mean ignoring the difficulties wheelchair users face.

According to Scientific American, culture and history can have an impact on what we view as a “disability”.

“Depending on time and place in history, epilepsy could make a person a respected shaman or suspected of demonic possession. Gluten allergies are much easier to accommodate now than they were 20 years ago before food companies started offering gluten-free options. If wheat and rye went extinct, gluten allergy would never be a disability again!”

The model of neurodiversity doesn’t aim to pretend that autistic people don’t have impairments, but this model also doesn’t assume that every impairment an autistic person has is a problem or disability.

“Not wanting to socialize is different from wanting to participate and being unable to. Both are possibilities for autistic people. One requires acceptance, the other requires assistance.”

While the main goal of neurodiversity is to understand, accept, and help accommodate people with neurological differences or difficulties, there are medical interventions and therapies that have been proven to be beneficial in certain circumstances. A common misconception about people who adopt the neurodiversity movement is that they are calling for an end to medical interventions and therapies.

While therapies such as ABA (applied behavior analysis) are quite controversial due to their focus on “curing” autism instead of assisting the neurodivergent individual, there are many people who believe in both neurodiversity and the assistance of medicine and therapy. For example, a neurodiversity advocate may feel that ADHD doesn’t need to be “treated” and “cured”, but that the difficult symptoms of ADHD that prevent the individual from excelling in certain areas of their life could be alleviated with medication and/or therapies.

Handwriting shown to be better for memory than typing, at any age