“During the last two years I have been overwhelmed by people getting in touch to say they were affected by the lack of trust involved when they discovered Santa wasn’t [SPOILER ALERT] real.” These are the words of psychologist Chris Boyle of the University of Exeter in the U.K. Boyle’s in the midst of conducting an online survey that documents adults’ feelings about their parents having lied to them about Jolly Old St. Nick when they were little.

His concern is whether the Yuletide conspiracy had an impact on its believers’ trust once it was exposed. While the survey’s still ongoing, he’s gathered about 1,200 responses so far and is sharing his preliminary findings. Some of the kids were quite crushed.

According to the results, one in three respondents wishes that he or she still believed in Santa. Some of this is no doubt due to a longing to return to childhood, and missing that little bit of extra motivation to be a good boy or girl, at least according to the 32 percent of respondents who said so.

And, of course, who doesn’t miss all those “elf-crafted” gifts to be unwrapped? 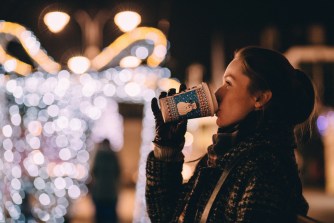 What the survey is showing thus far about that long-ago (hopefully) moment of truth:

Boyle says, “As much as this research has a light-hearted element, the responses do show a sense of disappointment and also amusement about having been lied to.” 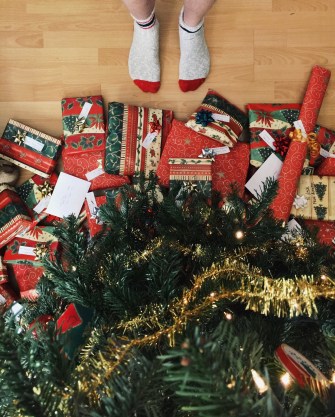 Parents’ primary job may be to create a protective environment in which wee ones get a pass from life’s harsher truths and complexities for a few years so they have a chance to advance developmentally before facing the reality. At best, it’s a follow-your-dreams, happy, you-can-do-it world. Santa’s hardly the only make-believe visitor in this simple, easily digestible reality. From fairies to light sabers, children are encouraged to stretch their imaginations. Of course it makes no sense that a guy in a sled with flying reindeer has time to deliver presents to believing children all over the world in one night, regardless of what NORAD says.

Boyle has been wondering about this for a while. He and his colleague Kathy McKay wrote an essay called A Wonderful Lie in 2016 that asked, “Is the world so bad that we decide that it is better to spend around 10 years lying to children about a large jolly man who gives presents to all children with the help of mythical creatures, because it makes for more enjoyment at Christmas?”

For many of us, the answer is obvious: Absolutely. In fact, Boyle’s survey revels that 72% of these now-adults do the same thing for/to their own kids. 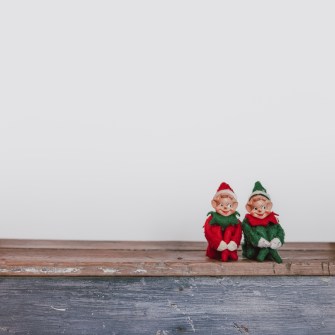 It’s not hard to guess that the negative impact of finding out about Mr. and Mrs. Claus may depend on how old one is when the truth finally comes out. Research says most of us wise up at 7 or 8. On the other hand, we know of one child who reluctantly gave up her fantasy at the ripe old age of 12. “I sort of knew. I didn’t want to know.” Certainly, there’s got to frequently be an element of wanting to believe if kids buy their parents’ highly questionable explanations for chimney-less houses, flying reindeer, the on-again-off-again presence of Rudolph, the gift-distribution math, and the different Santas — or are they his “helpers”? — at each store .

Since the survey’s still open to the public as of this writing, feel free to share your feelings and memories about the day you left your own personal Christmas fantasy behind. Assuming you have.

If love is an addiction, your first love is the first dose.
Thinking

A 2020 study has revived a longstanding controversy over Christopher Columbus’ claims of marauding cannibals in the Caribbean.
Thinking

Birthrates are cyclical and have gone up and down throughout history.
Up Next
Neuropsych

We look at the most common New Year’s resolutions and get expert advice to help you check them off 2019’s to-do list.