What type of person are you? How about that other person? We’ve long been interested in sorting ourselves and others into personality types, as if knowing what type of person someone is would allow us to reliably predict their behavior. It would be nice—or maybe boring?—to have this kind of advance knowledge. But categorizing people in any kind of useful, reliable way has proven to be an elusive goal. Most methods rely on self-reporting, which can be dishonest, or even delusional, and exacerbated by small data sets. A study just published in the journal Nature Human Behavior, however, took a different approach. It analyzed the traits of 1.5 million people to arrive at the conclusion that there are just four types of person: 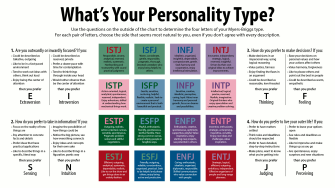 There have been other well-known but ultimately insufficient attempts at grouping us in the past. The Myers-Briggs system sorts people into 16 archetypes based on Carl Jung’s observations of acquaintances and literary references. The system is largely discredited these days, with its questions viewed as having been poorly written and its results inconsistent. Eureka College psychologist Alexander Swan tells the Washington Post, “The social psychology community is pretty in line with being anti-Myers-Briggs Type personality assessments.” 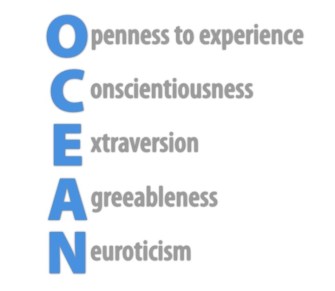 Psychologists view the “Big Five” personality types as more reliable than the Myers-Briggs system. Although it also relies on research in which subjects self-report their natures, the five personality traits do successfully align with peer assessments. As ever, though, each subject’s honesty and the limited sample is key. Do they really let go of grudges, for example? And might they be concerned with promoting a certain self-image to the questioners? 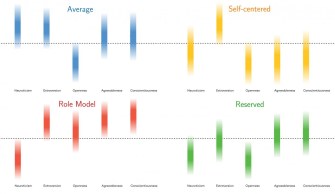 The team stumbled across their four types after a failed attempt to derive consistent trait clusters—Psychologist Revelle called them “lumps in the batter”—that led them to a dozen new, and questionable, personality types. Revelle dismissed them: “No cigar.”

The researchers tried out different algorithms until they landed on a model that finally produced consistent, sensible outcomes: three smaller groupings and one larger cluster, which they labeled “average.” When the team tested this approach on two other data sets, they got the same successful results.

Life is the only physical system that actively uses information.
Neuropsych

“My dad asked me if I had been to tutoring and I lied… Then he showed me the tablet.”
Up Next
Health

Why the “slow metabolism” is a myth

Despite its prominence in our collective imagination, variations in metabolism play a minor role in obesity.