A multi-university study lead by the University of Melbourne and the University of Washington has found that the number of people living with dementia worldwide shot up from 20.2 million in 1990 to 43.8 million in 2016. The researchers analyzed data from the Global Burden of Disease Study 2016, publishing their results in The Lancet Neurology. 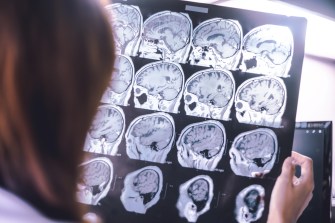 The majority of diagnoses are in people over 50, with the number of cases doubling every five years beyond that age. The age range, however, seems more narrow than it really is, since it’s believed that dementia begins at least 20 to 30 years before the symptoms that lead to a diagnosis become obvious.

The report lists potential triggers during those early decades. “In our study,” says the report, “22.3 per cent (11.8 – 35.1 per cent) of the total global disability-adjusted life years lost due to dementia in 2016 could be attributed to the four modifiable risk factors:

Study lead author Cassandra Szoeke tells The Melbourne Newsroom that further study of cognition over those earlier decades will be necessary to understand the development of dementia more fully. “When you look over decades there are so many exposures that impact on our health,” says Zoeke, “you need to account for all these things or you could miss a factor that is crucial in the development of disease.” Still, even with what we know now, she adds, “Already the importance of these risks in allowing us to prevent or delay dementia is clear. The paper noted that changes in risk factor exposure over time as we become healthier might account for several cohort studies documenting a reduction in age-specific incidence rates in their study populations.” 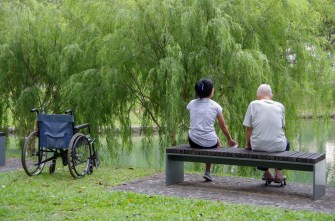 The study projects that by 2050 we can expect to see 100 million people living with dementia. As a result, says Zoeke, “The paper states that to support our community, we will need a larger workforce of trained health professionals, as well as planning and building facilities and community-based services which support improved quality of life and function.”

What the researchers would like to see as the impact of their study is clear: “We need to enhance the quality of life and function of people living with cognitive impairment and focus on preventing further cognitive decline. This will need a co-developed community-wide approach with well-developed services and an even greater network of trained health professionals.” On top of that, we’ll need to learn all we can about the risk factors and, armed with a fuller understanding of the mechanisms involved, get better at reducing the prevalence of this life-stealing condition.

Tags
againgalzheimer'sbig problemsbrainidentitymental health
In this article
againgalzheimer'sbig problemsbrainidentitymental health
Related
Neuropsych
Memory and the benefits of forgetting
Forgetfulness isn’t always a “glitch” in our memories; it can be a tool to help us make sense of the present and plan for the future.
Health
What happens when regular porn watchers abstain for a week?
Researchers watched for signs of withdrawal — but didn’t find any.
Health
What decades of research tells us about living the good life
Warm relationships protect your mind and body from the slings and arrows of life.
The Learning Curve
The world must learn from “karoshi,” Japan’s overwork epidemic — before it’s too late
It is estimated that as many as 488 million people worldwide were exposed to dangerously long working hours in 2016.
Neuropsych
The trouble with medicating mental illness
Has the “age of psychopharmacology” shrunk society’s sense of responsibility for mental health?
Up Next
The Present
Too far right and left? DC think tank releases manifesto for radical centrism
Americans must choose the middle path, away from the fundamentalist positions on both the right and the left, argues a Washington think tank.