If you’ve had enough of all the political bickering coming from every side, a Washington think tank released a manifesto that it hopes will inspire those in the middle. The Niskanen Center‘s policy essay “The Center Can Hold: Public Policy in the Age of Extremes” attempts to incorporate rival ideological positions into a way forward for the divided America.

The cognitive scientist Steven Pinker of Harvard University highlighted the document in his tweet, indicating it will appeal to those who are “frustrated with the stale ideologies and mutual demonization of the Left and Right”.

Are you frustrated with the stale ideologies and mutual demonization of the Left and Right? Here’s a manifesto for Radical Centrism, Liberal-tarianism, Bold Moderation, an Open Society, smart regulation, and a liberal democratic capitalist welfare state. https://t.co/mEJFBPZZAW
— Steven Pinker (@sapinker) December 18, 2018

In an overview of the paper on the center’s site, Niskanen’s Vice Presidents Brink Lindsey and Will Wilkinson, along with other senior analysts write that American democracy is in the midst of a “crisis of legitimacy,” which started with Donald Trump’s ascendancy to the Presidency. Niskanen’s document describes Trump as “an extravagantly unfit demagogue” who was elevated to “the most powerful position on the planet.” His rise to power would not happened “in a healthy, stable, well-governed polity,” argue the writers. What’s more, they warn that without addressing the underlying issues, even stronger “anti-democratic demagogues” might follow Trump into the presidency. And unlike Trump, they “may possess the self-discipline and focus to translate their dark designs into explicitly authoritarian usurpations,” caution the analysts. 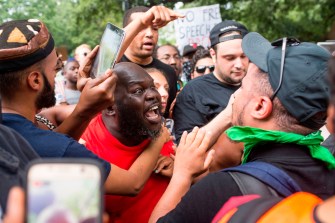 The paper sees the need for new approaches to government in order to “quell populist distemper” and restore faith in institutions. There is a need for both more market competition and improved social insurance, without resorting to the fundamentalist “pro-market” right and “pro-government” left dichotomies of old, state the authors. The role of the government should be to create more opportunity and make for less corrupt governance.

The authors argue that America’s slowing economic growth (if you compare to the 20th century) as well as growing income inequality are both issues that need serious attention. In particular, the manifesto’s creators call for “far-reaching regulatory reforms to unwind distorted rules that favor privileged insiders at the expense of everyone else.” But they recognize that the market doesn’t benefit everyone the same and as such there’s a need to “bolster social insurance programs to address dislocations caused by creative destruction and maintain political support for robust market competition.” 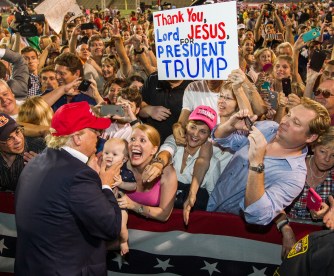 The politically “hybrid vision” from Niskanen proposes a “free-market welfare state,” recognizing that free people have “the right to rule ourselves, within limits”. But embracing the free market without key regulations could both cause collusion and excessive concentration of power and wealth because “participants in a capitalist economy do not like competition” and will do all they can to avoid it. Relying on the market to regulate itself can also lead to the worsening of crucially important social goods like education.

But democracy and forms of government also need constraints, say the authors, pointing out that the U.S. is suffering from “kludgeocracy” – “the proliferation of complicated, contradictory, ineffective, and inflexible policy mechanisms.” Old policies and institutions abound, accumulating a mess and making it harder to move forward and implement new ideas.

“The first principle of moderation is recognition of the plurality of political goods and the constraints of human nature,” write the analysts from Niskanen. “Liberty is a vital principle of the open society, but so are community and equality. Absolutizing any of these political goods is the essence of ideological thinking, while moderation is a recognition that all of them are important.’

You can read the full paper here.

Tags
capitalismDonald Trumpeconomicseducationgovernmenthealth careInequalitypolicysocial changeunited states
In this article
capitalismDonald Trumpeconomicseducationgovernmenthealth careInequalitypolicysocial changeunited states
Related
The Future
How the metaverse will revolutionize K-12 and higher education
Imagine going on a tour through the human circulatory system as a tiny cell. That is just one example of education in the metaverse.
The Learning Curve
The art of asking the right questions
The right questions are those sparked from the joy of discovery.
Thinking
How the liberal arts can save higher education
Computerized, job-focused learning undercuts the true value of higher education. Liberal arts should be our model for the future.
Thinking
Boys are graded more harshly than girls. Why?
Education has a global bias against boys.
The mind-blowing stats on male inequality
Male inequality — the enormous cultural shift happening right under our nose.
▸
15 min
—
with
Richard Reeves
Up Next
Think Again Podcasts
Area 51 and the epistemology of the unexplained
30 years later, a new investigative documentary on Bob Lazar’s claims about Area 51 raises some ghosts, some hell, and some unsettling questions.