Believe it or not, sugar doesn't cause hyperactivity

Despite widespread belief in the myth that sugar causes hyperactivity, scientists have known for more than two decades that the link is all in the mind. 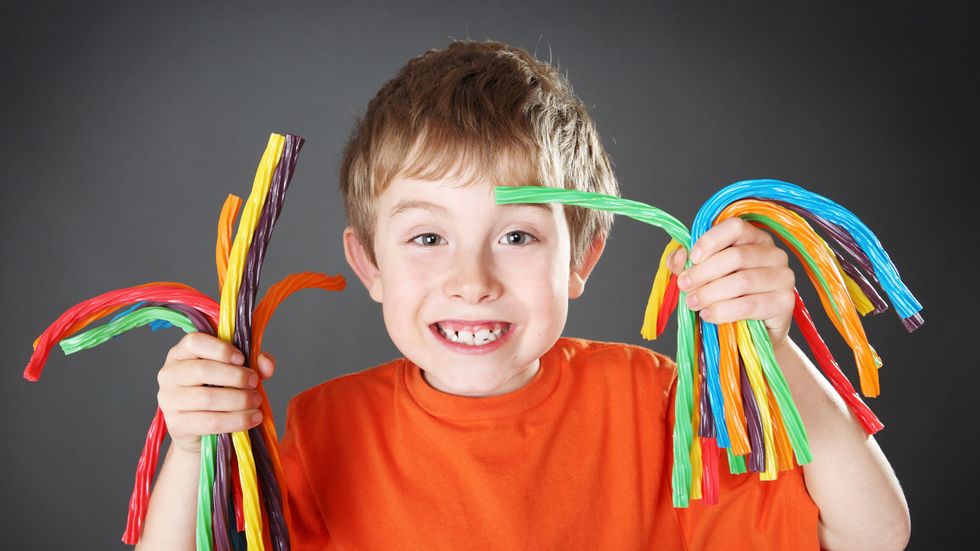 It's the oldest rule in the book - too much sugar makes kids hyperactive."  Being told we were on a "sugar high" is something we probably all remember from our childhood, it is only over recent decades that the scientific consensus has resoundingly shifted onto the other side of the fence. If this is news to you, then you're not alone. As a paper recently published in  Nature Reviews Neuroscience, covered here demonstrated, 57% of teachers in the UK believe the myth that sugar makes children less attentive.

The subject was thrown into the headlines again this week with stories conflating the effect of caffeinated drinks and sugary drinks. It is fairly obvious to anyone who understands the effects of caffeine, that drinks with very high levels of caffeine might not be the best thing for young children. But this sort of conflation of confounding factors is actually a big part of the reason so many of us associate sugar with hyperactivity. It is clear from an (admittedly rather unscientific) cursory glance at the Daily Mail's comment section that the myth lives on - and the recent speculation has done nothing to dispel the myth:

But the evidence is about as conclusive as scientific evidence can get. Nearly two decades ago, a meta-analysis of 23 placebo controlled, double blind studies published in the Journal of the American Medical Association found that when children, parents and researchers were blinded as to whether or not children were actually given sugar, all effects of sugar on behaviour or cognitive performance disappeared.

This is where things get interesting. It would be foolish to merely throw the claims of parents and teachers out of the window and announce "case closed". It is quite possible that you really have experienced witnessing children become hyperactive after drinking sugary drinks and eating sweets - but the reason for the hyperactivity isn't the sugar.

It's all in the mind

Much as I'd like to end on that high, I should make clear that just because sugar doesn't cause hyperactivity, that doesn't mean it's not bad for you. Too much sugar will still rot your teeth and make you obese (which is a known risk factor for Type 2 diabetes). So mum wasn't entirely wrong after all.

Recent research has linked the drinking of soft drinks with behavioural problems, but researchers are stumped as to the cause. Again, this could be down to the placebo effect, confirmation bias or the expectancy effects we've discussed. Or it may be more to do with differences in the type of children who choose soft drinks and the types of parents why give their children soft drinks. It could simply be that parents who encourage sensible dietary choices are the same parents who also successfully encourage good behavior.

Of all science myths, the sugar-hyperactivity myth really stands out as one that deserves a good debunking. Not because sugar needs defending, but because a look at the evidence that debunks the sugar-hyperactivity myth is a tremendous lesson in science. Studies come out every day demonstrating X causes Y. But it is only after confounding variables are removed and studies are replicated, replicated and replicated again and the results systematically analysed that we can really begin to come to conclusions with any certainty. The myth demonstrates perfectly why it is so important that confounding variables are eliminated from experiments and why participants and researchers must be blinded, not to mention of course being a fabulous lesson on the placebo effect.

Most of all though, the myth is a lesson that it is possible for nearly everyone to be wrong, your parents, your teachers, and most importantly of all: you. None of the research cited in this blog post is new, with the exception of the finding that over half of British teachers, Dutch teachers and Chinese teachers still believe the myth. Scientists have known for decades that sugar doesn't cause hyperactivity, and decades it would seem, is the time it can take for genuine scientific findings to filter down into public consciousness.

Update 11/12/14: This article originally suggested too much sugar can cause diabetes, too much sugar causes obesity which is a known risk factor for Type 2 diabetes. The article has been edited to reflect this.